India’s lynching mobocracy: Are we a nation prone to violence?

Aggressive Hindutvas believe the nation belong to them

Almost five centuries ago, Thomas Hobbes described a disgusting state of nature in which life was “nasty brutish and short”.

The Shanti Parva of the Mahabharata portrays a state of matsya nyaya where the law of the fish prevails, the big fish eat the little fish and chaos prevails. We need not adopt Hobbes’s dictatorial solution or that of the Shanti Parva to kill a King who cannot rule like a mad dog. India’s lynching mobocracy reminds us of a nation prone to violence. India’s lynching mobocracy reminds us of a nation prone to violence. ( Photo: Reuters )

Upinder Singh in her book Political Violence in Ancient India reminds us of the violent antecedents of Hindus. Riots cannot be an excuse to kill. The anti-Sikh pogram in 1984 was an example of lynching.

Gujarat sets an example of lynching Hindus in a train (even if considerable controversy surrounds this). Best Bakery stands out as an example of burning the innocent. In some parts of India, women are described as “witches” (dain) and beaten and killed.

Recall Graham Staines and his children being burnt alive in the camper. Staines’ wife may have forgiven the assailants, but can we?

Justice Wadhwa’s report covers up the evil of Hindu antagonists.

The destruction of the 400-year-old Babri Masjid on December 6, 1992 became a turning point in India’s history. On its destruction, the present Attorney General, KK Venugopal, then reported to the Supreme Court, “I hang my head in shame.” 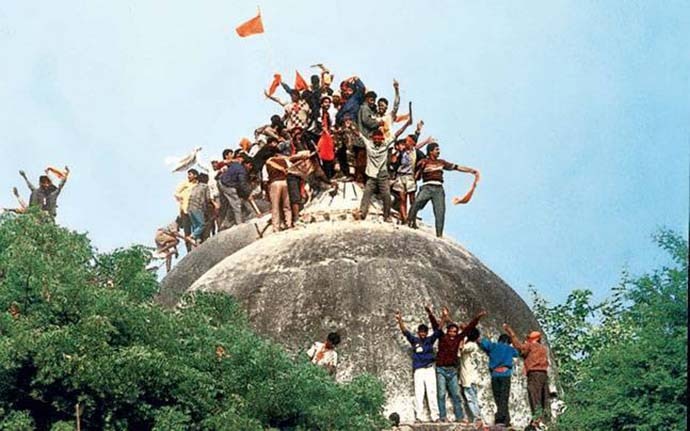 The present Attorney General, KK Venugopal, then reported to the Supreme Court, “I hang my head in shame.” ( Photo: India Today )

The BJP White paper of February 1993 justified the violence.

Khap panchayats and other groups hang young married couples from different castes. In one incident a lower caste mother was paraded naked through the village.

Hindu miscreants destroyed manuscripts of the Bhandarkar library because a foreign writer worked on Shivajee there.

Hussain’s and other paintings in a private collection were destroyed. In the Bombay riots, the police stood by watching gruesome beatings and killings.

Elsewhere, Dalits are atrociously treated. In the past two months, reports describe a mob lynching a man accused of rape (reported April 1, 2018), lynching in Bengaluru for suspicion of child trafficking (May 25, 2018), rumour lynch of transgender (May 28, 2018) musician in Guwahati following rumour of child lifting (June 10, 2018). Does this explanation make us feel better?

In the Poonawala’s case (July 17, 2018), the Supreme Court called lynching a “sweeping phenomenon” and “creeping threat... (like) a Typhon like monster owing to bystander apathy... mute spectators... grand standing by perpetrators”.

The Court recalled its decision on Khaps in Shakti Viahini (2018).

The cold-blooded murder by Khap Panchayats often goes scot-free for fear of reprisals.

Although CJI Misra blames the media for exaggeration, it is precisely because of the media we know of this cancer.

The Court suggested nine measures to ensure criminal prosecution and punishment and two others for disciplinary action against police and officials who often stand by even though lynching stares them in the face. Lynching is an act of terrorism.

But, unless there is widespread condemnation across party, religious caste and community lines in civil society, this curse will continue.

Since “cow” is a Hindutva issue and Muslims are attacked, silence from the BJP, RSS and others condones this kind of lynching.

In the no-confidence motion, PM Modi claimed he was a chowkidaar and bhagidaar for all.

But, Hindu non-condemnatory silence or delayed soft reactions makes all, including the PM and his colleagues, saudedaars and thekedaars of lynching.

The Hindu groups believe that ‘cow’ lynching garners votes for the Parivar and Hindutva values. The lynchers thanked garlanding Jayant Sinha for his support for their case.

Rahul Gandhi’s hug was nothing compared to Jayant’s garlanding lynchers.

Acts of lynching and wanton destruction of the Babri mosque or any religious building actuated by communal malice is are terrorism.

Recently, statements have been made on ‘Hindu Taliban’ by Shashi Tharoor and by me in the Babri case.

My argument was that the Bamiyan buddhist statues were destroyed by the Muslim Taliban.

Was not the destruction of the 400-year-old mosque a talibani-style act?

When this comment was made on July 13, the court and lawyers accepted it.

Suddenly they raised it in retrospect on July 20.

I stood my ground even in the face of CJI Misra’s discomfiture. Incidentally, in 1994, the Supreme Court said the Hindu community must bear the cross for the mosque’s destruction – sending Kalyan Singh to jail for not preventing it.

When I asked the CJI, would it be contempt if I disagreed with him in court or outside, he said, ‘No’.

Aggressive Hindutvas believe the nation belong to them. If this continues, we will implode.