A new Independence, and a new partition

Last week, a right-leaning friend messaged me that she had been ‘attacked’ by a set of ‘liberals’ because she had spoken ‘a few lines’ in favour of the BJP. She said, ‘I was called a Muslim hater and assaulted by 20 people. So, you see, when you say all Muslims are scared, this is what we Hindus are made to go through. That every Hindu who supports BJP is termed a Muslim hater… this is not acceptable.”

I was taken aback by her last statement – every Hindu who supports BJP is a Muslim hater – is that what all the ‘liberal’ dialogue had communicated?

If yes, then this is an utter failure.

The friend further said, “This has helped me see things and people more clearly and get wiser. It’s a huge help. Am glad it happened. Confirmed my perceptions. Now I see how deeply hate runs in our country, especially among the urban elite.”

I must tell you, this friend is reasonably well-educated from a premier management institution and has been in the business of human resources since decades. Now she devotes much of her time working for the upliftment of less privileged communities irrespective of their caste and religion. She is deeply spiritual and goes out of her way to strengthen gender-specific and environmentally sensitive initiatives. She is everything that would identify with all accepted meanings of being 'liberal'.

But she is angry at this very creed. Liberalism should be about opening the mind. But do we see that around us? (Photo: Representative/Pinterest)

Perhaps because there is a new ‘us vs them’ in our lexicon.

What started with India (us) vs Pakistan (them) soon became Hindu (us) vs Muslims (them) – and has now shaped into Muslim-Haters (us) vs secular-liberals (them).

This new grouping, I believe, instead of shaming people, actually serves to strengthen their beliefs. It reconfirms their suspicions that the secularists ‘hate everything Hindu’. For people like my right-leaning friend, their politics is about taking pride in Hinduism. They truly believe that they don’t hate Muslims, but are being branded so when they attempt to love Hinduism.

Are the two mutually not inclusive?

The same applies to the other side of the debate – is being a good Muslim not inclusive of respecting other value systems and beliefs? Just like the Quran is often mis-quoted and all Muslims painted in the same broad strokes of being ‘kafir-haters’, are we liberals too falling in the same trap, of painting all those who lean to the right as ‘Muslim haters’? 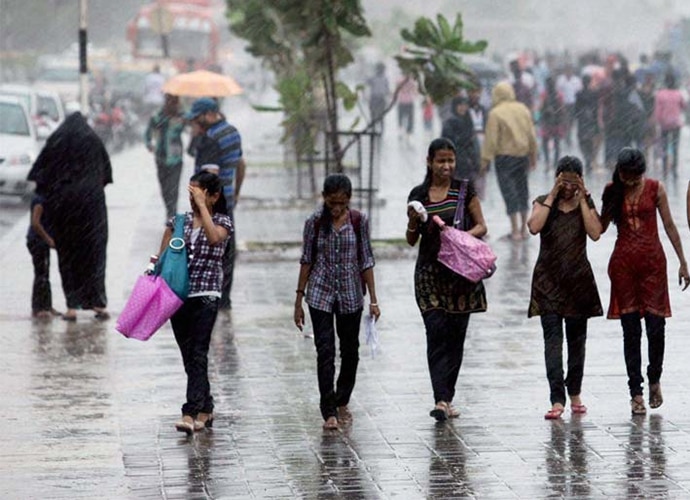 No echo chambers on Marine Drive: In a moment of freedom, we all enjoy the sea. (Photo: PTI)

My problem with such a perception is that it stops dialogues.

We end up speaking in our own echo chambers the moment we allow such an interpretation and divisions of us vs them. For dialogue to succeed, it has to essentially take into account the various dimensions of how it is being perceived.

Social anxiety gets heightened by the news and views that crowds our social media timeline. What I see as blatant lies and propaganda are viewed as gospels of truth by my friend – what is clear and present danger for me is a distant unending cacophony for her. Perhaps even an irritant that only spawns apathy. What I see as hate is perhaps a reaction for her ‘in national interest’. What I see as abetment to hate crimes perhaps has no correlation for her with the present government.

The debates can be unending on the merits of such a line of thought, but are we really even having a debate anymore?

Or are we in endless loops of our own proclamations and beliefs?

There is a new partition between our minds – there is no universal truth when the sanest fall for fake news. When the best of countries are fighting to keep ahead of this ugly mix of technology, religion, politics and economics-driven perceptions, why have higher standards for the common man?

If our bid to counter systemic and institutionalized hate politics has resulted in a vehement and moralistic rejection of people based on labels, the chasm is only going to increase. We can — and often are — truly free with each other. (Photo: PTI)

This Independence Day, we need to acknowledge that it is not the majority that hates – it is only a politically driven minority that whips up this hatred, to make it a majoritarian cause and rhetoric. This rhetoric is further perpetuated everyday through both our criticism of it as well as the other side's jingoistic cheer-leading.

Instead of knocking down bridges, we need to reopen communication that we all listen to emphatically. For that, we can’t push and label a certain section in a tit-for-tat race. Instead, only make 'other' those who whip up hate – all shades of hate – for a happier and truly inclusive independence.