With Pakistan reluctant, India has much to gain from Amritsar-Kabul air corridor

For long Punjab has sought to benefit from bilateral trade with the hostile neighbour but in the short-term is doesn’t seem possible.

"I dream of a day, while retaining our respective national identities, one can have breakfast in Amritsar, lunch in Lahore and dinner in Kabul. That is how my forefathers lived. That is how I want our grandchildren to live."

Over the past decade, India has sought to improve trade and connectivity with Afghanistan and Central Asia via Pakistan.

In recent years, there have been glimmers of hope, where it seemed, that not only would bilateral trade ties between India and Pakistan improve, but the latter would also emerge as a gateway to Afghanistan and Central Asia.

Deteriorating political ties and the obduracy of the Pakistan Army in opposing any sort of thaw have meant that not much progress has been made either in bilateral trade, or providing access via land.

In spite of Afghanistan’s repeated arguments in favour of making India part of the APTTA (Afghanistan Pakistan Transit Trade Agreement), signed first in 2010, Islamabad has turned it down on some pretext or the other. 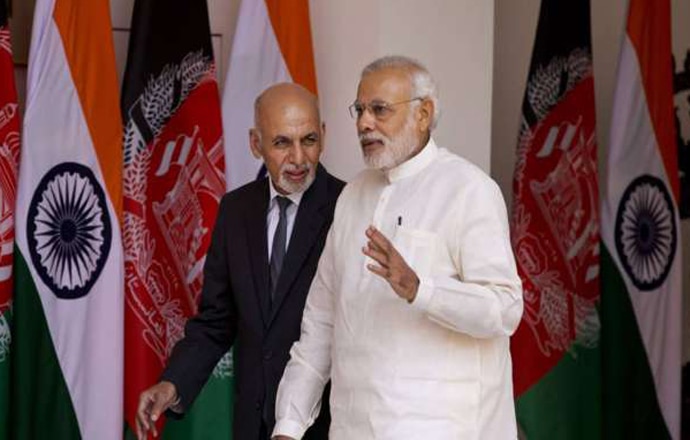 In 2016, Afghanistan had even gone to the extent of threatening Pakistan, that it would block the latter's access to Central Asia, if Islamabad did not permit Afghanistan to trade with India via Wagah. More recently, the Afghan president in a speech in New Delhi, had yet again spoken about including India in the APTTA.

In the latest interaction, organised by the Confederation of Indian Industry with local businessmen - involved in export and import - in the border town of Amritsar in Punjab, Afghanistan's ambassador to India, Shaida Mohammad Abdali, stated:

"We plan to resume the freight and passenger link between Amritsar and Kabul by December 31. This will make Amritsar a major gateway for import and export between the two nations."

The ambassador, during a meeting with Punjab chief minister Captain Amarinder Singh, apart from proposing the revival of the Amritsar-Kabul flight, also discussed the possibility of a pilot project for 1,500 tonnes of Cargo trade. His idea was welcomed by the Punjab chief minister.

Realising the fact that Pakistan was not interested at least in the short-run in emerging as a gateway, India has thus begun to look at alternatives. Funding of the Chabahar Port in Iran, signing of an agreement between India, Iran and Afghanistan for a trade and transit corridor during PM Modi's Iran visit in June 2016, are clear steps in this direction. Apart from this, India has also started an air freight corridor.

The aim of this corridor is to give a fillip to bilateral trade, which is way below potential and estimated at $700 million. This level of trade is low, given the fact that in other areas, especially in assistance for capacity building, India is one of the front runners.

Since 2001, India has assisted Afghanistan with $2 billion and is the fifth-largest donor.

During Ashraf Ghani’s visit to India, the Indian government provided $1 billion. Two clear instances of India’s frontline role in institution building and development are the Salma Dam (Afghan-India Friendship Dam), inaugurated by PM Modi along with the Afghanistan president in June 2016, and the Afghan Parliament (constructed at a cost of $90 million), which was inaugurated by the Indian PM during his visit in December 2015.

What is also significant about the Afghan ambassador’s proposal is that for long the landlocked state of Punjab has sought to benefit from bilateral trade with Pakistan, and greater connectivity. In the short-term, such possibilities seem minimal. Greater air connectivity will give the much-needed boost to businesses not just from India, but from within Punjab.

The Afghan ambassador during his meeting with the Punjab chief minister suggested that a trade corridor can be opened through a cargo trade pilot project, consisting of pharmaceutical goods, engineering products, woollens, dairy items, fresh and dry fruits, meat.

He also suggested that Punjab should import meat products from Afghanistan. It would be pertinent to point out, that in pre-partition days, Punjab and Afghanistan shared close trade ties, enhanced air connectivity could create an opportunity to rekindle such ties.

Apart from the economic benefits for both Punjab and Afghanistan, air connectivity will also make it easier for Afghan students, wanting to pursue studies in Punjab, as well as patients seeking treatment in the Indian state.

First, air connectivity should be enhanced between Kabul and cities other than Delhi. This will help enhance not just business links, but also people-to-people and trade ties. These should be targeted at cities, where Afghan students go for higher studies as well as places where there are prospects for strengthening business linkages.

Second, irrespective of the ties between Washington and Tehran, India is giving Chabahar high priority in the context of connectivity goals with Afghanistan and Central Asia.

A clear indicator of this is the wheat consignment, which was recently sent to Afghanistan through Chabahar. Given the trilateral agreement, it is not only India, but even Afghanistan which has high stakes in the Chabahar project.

Third, if China wants to strengthen economic ties with India, and wants the latter to consider participation in the CPEC project, it has to address not just India's concerns with regard to the project passing through the disputed territory, but also needs to get Pakistan to change its approach towards Indian participation in regional connectivity.

If Pakistan does not grant India MFN status, and keeps New Delhi out of the APTTA, there is absolutely no way India can think of exploring synergies with China.

Fourth, the India-Afghanistan-Iran trilateral group is extremely important, and by keeping strong ties with Iran, which is geopolitically important, New Delhi and Kabul are sending a clear message to Washington, that while both give high priority to their ties with the US, they will not necessarily toe the US line towards Iran.

#Iran, #Pakistan, #Modi, #India-Afghanistan ties
The views and opinions expressed in this article are those of the authors and do not necessarily reflect the official policy or position of DailyO.in or the India Today Group. The writers are solely responsible for any claims arising out of the contents of this article.