The development of the Buddhist Circuit is not a knee-jerk reaction to tensions with China.

Addressing the Dharma Chakra Diwas function on the occasion of Guru Purnima (July 5, 2020), PM Modi paid homage to Lord Buddha and said that the Indian government on June 24 announced that Kushinagar airport will be converted to an international one. He added that the government wanted to focus on connectivity to Buddhist sites.

The announcement comes at a time of heightened Indo-China tensions that has been brewing for months. On May 5 and 6 this year, clashes broke out between Indian and Chinese patrols at the bank of Pangong Tso lake in Ladakh. Many soldiers (from both sides) were injured in the skirmish involving roughly 250 men. On May 9, the tensions spread to the eastern sector in Naku La, Sikkim. Four Indian and seven Chinese soldiers were injured in this clash. On May 12, the build-up of tensions in the Galwan Valley was reported. On May 25, China came with close to 5,000 soldiers on its side of the LAC in the Ladakh sector and India also sent military reinforcements. Subsequently, the clash on June 16 resulted in 20 Indian soldiers being martyred. 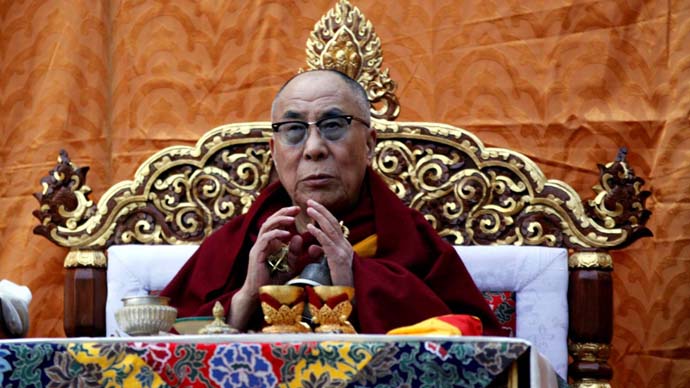 Dalai Lama is advocating for democracy even today just like he did in 1962 — modelled on the then-free Tibet's government. (Photo: Reuters)

Development of Kushinagar airport has a China angle that only seasoned China watchers can spot. We spoke to Dr Avinash Godbole, assistant professor at OP Jindal Global University, who was previously at ICWA and IDSA. Dr Godbole’s paper titled 'India and China: Competition and Cooperation in the Evolving Asian Security Scenario' were published in Asian Strategic Review 2015: India as a Security Provider. In the paper, Dr Godbole writes: “While both the large Asian powers have historical linkages with Nepal, in contemporary times, these relations have taken a strategic outlook. China and India have also competed aggressively but silently, for the development of Lumbini, Gautam Buddha's birthplace. For China, it is a way to reassert the importance of official Buddhism and challenge the Dalai Lama's strong control over Tibetan Buddhism. China's strategic concerns in Nepal also arise due to the presence in Nepal of a large number of Tibetan refugees who are also politically active; a large part of the Chinese security aid to Nepal goes for surveillance and monitoring of the Tibetan refugees.”

Some of the issues were settled and it was agreed that the Lumbini project would be developed in a cooperative manner. Initially, China wanted to contribute 90 per cent of the funds for that project — about 20 per cent of Nepal's GDP for that year. The same motivations hold true even today. China's communist regime that claims to not believe in religion chooses to barge into religious activities in Tibet. The Chinese government and PLA has destroyed monasteries and Buddhist institutions.

On being asked what happens after the Dalai Lama — who celebrated his 85th birthday this week — his successor, and what China is doing about it, Namgyal Dolkar Lhagyari, Tibetan MP in exile, said, "Tibetans are worried about the reincarnation of the Dalai Lama. Now not just with the Dalai Lama but also with Tulkus (Tulk`u Nampa/ reincarnate Lamas) who are important figures in Tibetan Buddhism. China has already done that with the second-highest religious figure — the Panchen Lama. Beijing recognised its own (another) Panchen Lama, and the Panchen Lama announced by the Dalai Lama was forced into disappearance at the age of six.”

Lhagyari went on to add, “China is trying to tell the world that the recognition of the next Dalai Lama is something that they will do and is interfering in our religion. The Dalai Lama has said that China has nothing to do with who and where the reincarnation will be. Last year in Dharamshala, we had a gathering of all elected representatives at the highest and grassroots level in different regions as well as a separate conference of religious figures. It was decided unanimously that reincarnation of the Dalai Lama is the business of the Office of His Holiness and the Dalai Lama himself, and nobody else. The world should know that China has got nothing to do with it. No other country can have anything to do with it."

Dalai Lama is advocating for democracy today just like he did in 1962 — modelled on the then-free Tibet's government. Dalai Lama made sure the 80,000 Tibetans in India elected their representatives, even though there was reluctance among the Tibetan community. In 2011, Dalai Lama announced that he would dissolve his authority as a political leader and make way for the elected leader/representative. On the other hand, China's regime is a Communist dictatorship. The Mahabodhi temple in Bodhgaya, Bihar is the site where the Buddha attained enlightenment. (Photo: Wikimedia Commons)

On June 24, after the Indian government approved the declaration of Kushinagar airport in Uttar Pradesh as an international airport, Environment Minister Prakash Javadekar said that Kushinagar is the mid-point of the Buddhist circuit. “It has pilgrimage sites in Lumbini, Shravasti, Kapilvastu nearby it. A little further, it has sites in Sarnath and Gaya. A 3-km-long runway strip has already been made. Now, even a big aircraft of Airbus can land at the airport," he added. Later, in an official statement, the government said that around 200 to 300 devotees from Thailand, Cambodia, Japan and Myanmar come to offer prayers at Kushinagar on any given day.

In 2018, the Tourism Ministry engaged in talks with the World Bank and Japan for funding of a few billion dollars to develop and promote the Buddhist Circuit in India. While a motivation behind this is to gain revenue from tourism, projecting the soft-power side through Buddhist connections is a long-term goal.

The Buddhist Circuit is a route that follows the footsteps of the Buddha in India. The historical sites on the route that is over 2,500 years old are among the most significant and revered for Buddhists worldwide. The sites include Bodhgaya in Bihar — where the Buddha attained enlightenment, Sarnath — where he preached his first sermon, and Kushinagar — the site where he passed away. The Buddhist Circuit is a key pilgrimage destination for over 450 million practising Buddhists worldwide. The plan is to gradually move towards Buddhist trails in Madhya Pradesh, Gujarat and Andhra Pradesh as well.

The development of the Buddhist Circuit is not a knee-jerk reaction to tensions with China. It is a long game and India will continue to wrestle with an atheist Communist government in China for the control of Buddhism and the soft power emanating from it.

Also Read: China readies for next Dalai Lama. Why India should be worried

#Kushinagar international airport, #Dalai Lama, #Tibetan buddhism, #Indiachinaclash
The views and opinions expressed in this article are those of the authors and do not necessarily reflect the official policy or position of DailyO.in or the India Today Group. The writers are solely responsible for any claims arising out of the contents of this article.

Aveek Sen is an independent journalist working on cyber security and the geopolitics of India's neighbourhood, focusing on Pakistan, Afghanistan, Iran and Bangladesh. He tweets at @aveeksen. Prateek Joshi is a Pakistan watcher, currently a Research Associate at Vivekananda International Foundation (VIF).