India-China clash in Galwan: Why it is time for pragmatism

There is naturally an urge to avenge the death of our soldiers. However, India has a lesson to learn here from China.

The baggage of history is a huge burden to bear for nations. A legacy of the 19th-20th century Great Game between Colonial Britain and Czarist Russia is the boundary dispute inherited by India and China. Such historical baggage influences public perception and reinforces ultra-nationalist sentiment, which may not be in our best interests.

Particularly, in a democracy, such sentiments are susceptible to exploitation by political leaders from different sides of the ideological spectrum. It is prudent to learn from national achievements as also from setbacks and mistakes. In October 1962, India blundered into a war with China in Arunachal Pradesh (then NEFA) in a most disadvantageous position along a linear obstacle — Namka Chu river. The review of the debacle — called the Henderson Brookes report — remains classified till date despite the opponents of the then-Congress regime being in power for the last six years. Having learnt our lessons from the setback, India went on to impose a stalemate against Pakistan in 1965 and emerged victorious in the 1971 war, creating Bangladesh in the process.

In the wake of the recent violent clash in Galwan Valley with the Chinese PLA, there is a clamour for retaliatory action and retribution. However, for the strategic think tank of India, it is time to take a pause and to examine the situation analytically in the best interests of the nation. 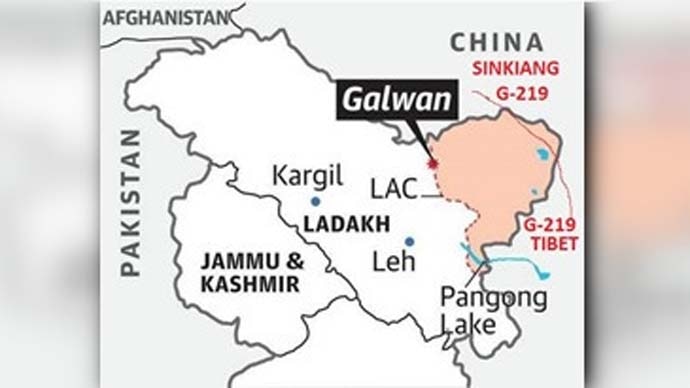 China has been in occupation of Sinkiang since the latter part of the 19th century. China invaded and occupied Tibet in 1950. Both these provinces under the Chinese control are restive and China has to keep them under control using strict policing methods, which attract international criticism over her policy of cultural genocide. In the 1950s, China constructed a strategic road connecting Western Tibet and Sinkiang through Aksai Chin. The road, called Highway G-219, passes through the Eastern part of Aksai Chin. Running over a length of 2,086 kilometres, it connects Lhatse in Tibet to Karghilik in Sinkiang. It was asphalted in 2013. Further extensions of this highway connect Lhasa, Tibet and Kashgar and Sinkiang. Thus, it can be appreciated that the Chinese are extremely sensitive to any Indian movement opposite Aksai Chin.

Indian construction of the road Durbok-Shyok-Daulat Beg Oldie which lies to the West of the Galwan Valley along the banks of Shyok River is one such activity which has alarmed Chinese strategic hawks.

The Line of Actual Control (LAC) by connotation is an undefined line separating two countries with un-delineated and un-demarcated borders. Perceptions over interpretation can always vary among troops manning such frontiers. It is remarkable that since the last major clash in 1967 in Nathu La in Sikkim and the killing of four Indian soldiers in 1975 at Tulung La in Arunachal, the two Armies did not get into a major show of violence till June 15, 2020. As reported, in this clash, firearms were not used. However, loss of lives did occur. In the present vitiated environment, such clashes in future cannot be ruled out.

It is important to improve border infrastructure to safeguard national sovereignty and national territory. However, against a strong adversary over an un-delineated and un-demarcated frontier, it is better to bide time and act when in a position of overwhelming strength.

At this moment, Indian priorities are to control a raging pandemic and improve the economy which has been hit very hard. Thus, it will be prudent to take a pause in developing border infrastructure opposite locations where clashes are likely. This is so that the national resources are focused on tackling the important issues like dealing with the Covid-19 pandemic and getting over the consequent economic drawbacks.

There is naturally an urge to avenge the death of our soldiers. However, there is a lesson to learn here from China. During their period of weakness, the Chinese avoided getting into any negotiations with Colonial British India over the boundaries between Tibet and British India. They flexed their muscle only once they had started rising economically.

Also Read: How PM Modi will give China a befitting reply for its treachery

#1962 Sino-India War, #Galwan valley, #Aksai Chin, #Indiachinaclash
The views and opinions expressed in this article are those of the authors and do not necessarily reflect the official policy or position of DailyO.in or the India Today Group. The writers are solely responsible for any claims arising out of the contents of this article.

The writer is an infantry officer with 37 years’ experience in the Indian Army including tenures in Poonch-Rajouri, Ladakh and Cambodia.