Doklam crisis is not over: India and China are headed for more conflicts

Beijing has not been able to digest the fact that New Delhi supported Bhutan during the standoff.

On New Year's Eve, President Xi Jinping delivered an 11-minute televised speech to extend his greetings to all Chinese and… friends all over the world. Xi said that Beijing is dedicated to safeguarding peace. "China will act as a builder of world peace, a contributor to global development and an upholder of the international order."

Will this translate in peace on the border in 2018? Probably not! Rumours are circulating that troops of the People's Liberation Army (PLA) have intruded in Gelling sector in the Siang Valley of Arunachal Pradesh.

China has not fully digested the fact that India stood up for Bhutan when the PLA was trying to build a road in June near the trijunction between Sikkim and Chumbi Valley in Tibet.

Quoting "experts", a PLA website admitted that China will be better prepared "next time": "the recent Doklam standoff had propelled China to perfect its strategy in its western part" said chinamil.com.cn.

Zhao Xiaozhuo, a research fellow at the Academy of Military Sciences is quoted by the same newspaper: "India never takes road construction as an opportunity… and only thinks about its own interest." 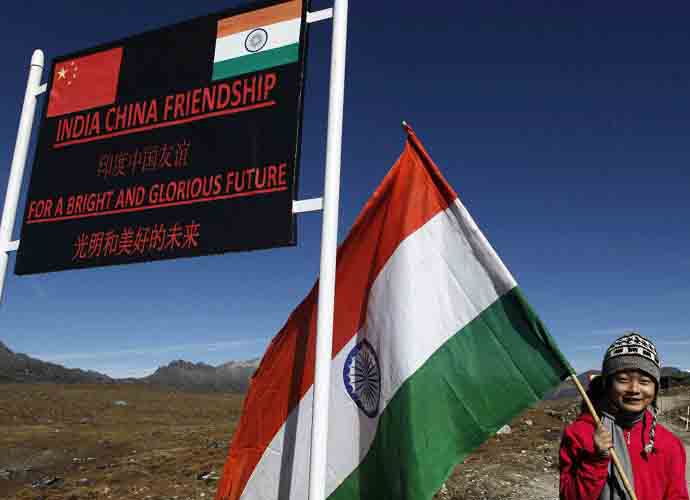 Was the road on Bhutanese territory really an opportunity for India? It makes no sense.

During a recent press conference, the spokesperson of the China's ministry of national defence said India "should strictly control its troops".

While China is getting ready for another standoff, Beijing deeply dislikes Delhi developing its side of the border.

"An Indian road construction project connecting all border posts along the China-India frontier could lead to new military standoffs between China and India," warned another Chinese expert.

China is unhappy because Rajnath Singh asserted that "a number of border posts had already been connected with roads and many would soon be linked… this would enhance the operational efficiency of the officers and reduce mountain-related sickness among them."

While Beijing is going full steam to build infrastructure on its side of the McMahon Line, it complains about Delhi building roads on India's borders; amazing double standards.

Nelong Border Outpost (BoP), located at the height of 11,700 feet, is manned by the ITBP. Accompanied by ITBP director general, RK Pachnanda, the minister later visited Pulam Sumda (14,200 feet) and interacted with jawans and officers.

The area is disputed by the Chinese only because Beijing refuses to adhere to the universally-accepted principle of "watershed" used for demarcating borders. In Nelang, the watershed in the area is located at Tsangchok pass, beyond Pulam Sumda.

At the same time, Beijing does whatever it wants on its side of the border.

The China Daily recently reported: "Investment in infrastructure in the Tibet Autonomous Region (TAR) is helping to lift 628 villages along the border out of poverty."

The Chinese newspaper further asserted: "After getting access to electricity and the construction of new roads, tea farmers and herdsmen in a village some 200 kilometres southwest of Lhasa in Tsona county founded a cooperative that provides skills training and job opportunities for villagers."

Lepo, a tiny village, north of Khenzimane, the last border post on the McMahon Line is said to have received several thousands of visitors last year and adequate lodging facilities have been provided to them.

China further admitted: "Starting last year, more than 100 million yuan (Rs 99.4 crore) has been invested in infrastructure in villages of less than 100 families as a part of a broader construction project to build model villages in the border area."

The China Daily estimated that by 2020, the road access rate in the area will reach 100 per cent and the per capita disposable income will double. Last week, Xinhua reported that China's least populated township had been connected to the national grid. It is Yume (also spelt Yulmed), the first hamlet north of Upper Subansiri district of Arunachal Pradesh.Remember, at that time of the 19th Congress, Xi Jinping had written a letter to two young Tibetan herders who had introduced their village to the Chinese president. It was the same Yume.

The Global Times commented: "A sparsely populated township has been connected to the state electricity grid, ending life without electricity for its 32 residents."

The contractor, a Xining-based electric power company who worked on the project is quoted saying: "The 15-kilometer 10-kilovolt power line, which took five months to complete, is connected via 108 electric poles over a 5,000-meter-high mountain."

There are many such examples along the Tibetan side of the McMahon Line. Year 2018 may not be serene despite the peaceful vows of President Xi.

#Xi Jinping, #PLA, #Bhutan, #Doklam crisis
The views and opinions expressed in this article are those of the authors and do not necessarily reflect the official policy or position of DailyO.in or the India Today Group. The writers are solely responsible for any claims arising out of the contents of this article.