In a way, Galwan was the prelude to the 1962 India-China War.

Reading through countless commentaries and articles on the Chinese intrusions in different sectors of Ladakh and Sikkim, there is a perspective which is often missing, the historical one. In a way, Galwan was the prelude to the 1962 India-China War. Ambassador RS Kalha in his book, India-China Boundary Issues recalled: "Nehru seemed to be convinced that the Chinese would not make any major incursion into Indian-held territory. Perhaps Krishna Menon had convinced him so.

The events in the Galwan valley seemed to confirm Nehru's thesis, when Chinese troops advanced right up to the Indian post, surrounded it, but did not open fire and eventually withdrew." The Ambassador added: "This was not the message that the Chinese wished to convey. They intended it as a warning that they could eliminate any Indian post at any time, but Nehru misread it and reached the opposite conclusion that China would not fight." 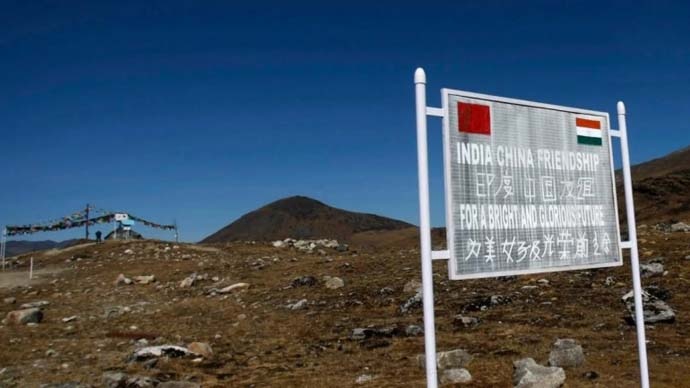 The events in the Galwan valley seemed to confirm Nehru's thesis, when Chinese troops advanced right up to the Indian post, surrounded it, but did not open fire and eventually withdrew.(Photo: Reuters)

On July 23, 1962, the Chinese initiated the epistolary front about Galwan; Beijing complained to the Indian Embassy in China: "Several dozens of Indian troops intruded recently into Chinese territory south of the Galwan River …where they attempted to entrench themselves permanently. At 17.35 hours on July 19, 1962, said Indian troops unwarrantedly fired at a Chinese patrol nearby. The Chinese patrol took no action against the provocation." The note continued: "If the Chinese frontier guards had not remained cool and exercised self-restraint, the above two new cases of provocation would most probably have led to armed clashes."

This was the start of months of correspondence; each side accusing the other, though then time Mao had decided to attack India before the winter.

On July 26, 1962, South Block told Beijing: "The local Chinese forces have in the last few months established several new posts and resorted to aggressive patrolling in Indian areas, which lie west of even the 1956 Chinese map claim line". Zhou Enlai had told Nehru that the mentioned map "correctly shows the traditional boundary between the two countries in this sector." Delhi said that "it fails to understand why the Government of China do not restrain their forces from going beyond even their 1956 Chinese map claim line which is capable of easy and quick verification." On August 4, Beijing answered: "The delineation of the boundary in the western sector on the 1956 Chinese map affirmed by Premier [Zhou Enlai] is the same as the delineation on that [1962] map." But it was not correct, Beijing, who had changed the line, added: "It is groundless to insist that there are discrepancies in the delineation of the boundary in the Western sector in these two maps and to blame China."

The exchange shows the need for the MEA to reinforce its capacity to deal with such issues; one factor which has led to this point is the closure of a Historical Division in the MEA in the 1990s; in the early years after Independence, the Nehru government established a historical division with Dr S Gopal, President Radhakrishan's son, as its first head.

Shivshankar Menon, the former foreign secretary and national security advisor, in a book review of Gopal's Collected Essays, observed: "For reasons I find incredible and incomprehensible, the Historical Division was wound up by MEA in the nineties… Some of our present difficulties may indeed be due to a lack of memory." Others believe that it is not 'incomprehensible'; there is simply a tendency among senior IFS officers to think that know 'everything' and therefore not requiring any external agency to prepare historical notes.

In 1960, five rounds of talks were held between officials of India and China; the Indian side was headed by JS Mehta, director, China Division, and Dr Gopal; the historian was assisted by knowledgeable colleagues. The outcome is the Report of the Officials, still a reference for any study on the Tibet-India border.

Playing by the rules?

A strong Historical Division in the MEA is still badly needed. When the time comes to draw lessons from the present confrontation, let us hope that the ministry realises that it is a worthwhile investment. The requirement also applies to the Ministry of Defence. This Division should be the custodian of all historical records, minutes of meetings and most importantly the maps; further, there would be no harm to educate the general public, for example by publishing the maps of the LAC exchanged in March 2000 by India and China for the Central sector.

On June 17, 2002, during an Expert Group meeting, maps of the Western sector were seen by both sides for about 20 minutes. Incidentally, Maj Gen Vinaya Chandran, one of the best Indian experts, associated with the bilateral talks, recently wrote: "China showed a claim line in the western sector which was different from what existed on the ground since 1962." In these circumstances, it is surprising that for 18 years, Delhi has not insisted that Beijing should provide the maps of its perceptions, for the Western, and the Eastern Sector. It would help to clarify boundary issues such as the one facing India in Ladakh and could lead to de-escalation.

If China is not playing the game, it should be exposed. Meanwhile, a historical division in the MEA and a directorate under the Chief of Defence Staff is urgently needed. We can't forget India is, willingly or not, fighting Information Warfare with China.

Also read: Why China is desperate to make friends with the world

#Aksai Chin, #Galwan, #1962 Sino-India War, #India-chinarelations
The views and opinions expressed in this article are those of the authors and do not necessarily reflect the official policy or position of DailyO.in or the India Today Group. The writers are solely responsible for any claims arising out of the contents of this article.