How India must keep China guessing

Given China’s unpredictable leadership, India should follow Sun Tzu’s advice in eastern Ladakh. We need to be patient, inscrutable, deceptive and keep our plans unfathomable.

What else did he write in his treatise? First, a leader must be “inscrutable and serene”. He must craft plans that are “unfathomable” to the enemy. Sun Tzu advocated a nuanced mix of deception and diplomacy to overcome the enemy. 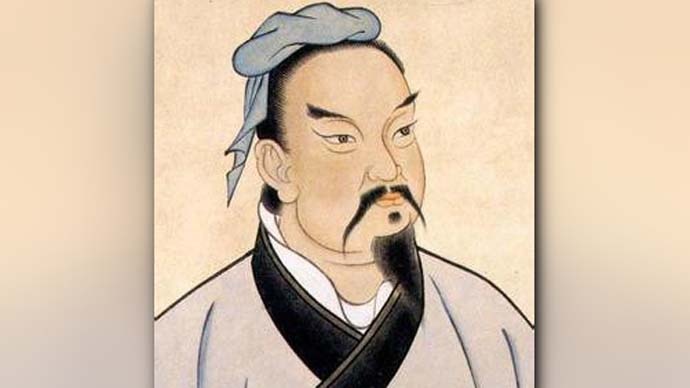 As China and India continue the complex task of disengagement in eastern Ladakh, the Chinese have employed all the tools in Sun Tzu’s playbook. They used deception to make rapid incursions along the Line of Actual Control (LAC). They were inscrutable during the military-to-military talks between Generals from both sides. Their future intent in disputed areas in Ladakh remains unfathomable. But they have allowed diplomacy and disengagement to proceed as they probe India on how far it can be pushed. Beyond the standoff lie larger geopolitical questions. What were China’s real intentions behind the sudden aggression at five points across the LAC? Doklam was relatively easier to decode; after 73 days the Chinese withdrew with minor face-saving concessions from both sides. The current entanglement arose from more complex geopolitical concerns in Beijing. First, China finds itself increasingly isolated following its malign role in spreading the Covid-19 virus and imposing a draconian national security law on Hong Kong. China was compelled to agree to an independent investigation into the source of the virus and whether China suppressed crucial information that could have saved hundreds of thousands of lives.

Whenever Beijing has felt cornered, it has lashed out. It did so against Australia last month, banning the import of Australian beef. The last British governor of Hong Kong, Chris Patten, called China’s move on Hong Kong a “breach of the 1984 Sino-British agreement” that returned Hong Kong to China in 1997 but safeguarded all its liberties till 2047.

Following Patten’s criticism, China warned Britain that interfering in “China’s internal affairs would backfire”, hinting that a trade deal between post-Brexit Britain and China could be a casualty. More than any other recent Chinese leader, President Xi Jinping has made China a more authoritarian state at home and a more expansionary one overseas. (Photo: Reuters)

India also angered China during the Covid-19 crisis by making it mandatory for Chinese companies to seek government approval before investing in India. Till now Chinese companies were allowed to use the automatic route. Beijing was further needled when two BJP MPs, including the feisty Meenakshi Lekhi, attended the swearing-in of Taiwan’s anti-China president Tsai Ing-wen through video conferencing. To rub it in the MPs conveyed fulsome congratulations to the president for winning a second successive term.

China’s aggressive build-up along the LAC was met with a more robust response than Beijing had anticipated. Hence the decision by China to de-escalate militarily. Beijing views India as not only a regional rival but a future global adversary allied with the United States-led West and a confluence of Indo-Pacific “middle” powers like Japan, Australia and South Korea. India is a crucial pivot in this anti-China alliance. It has a large and expanding military. Its economy – despite indifferent macro-economic management – will be the third-largest in the world by 2030. By Purchasing Power Parity India’s GDP is already the world’s third-largest. India’s geography places it in command of the vital Indian Ocean Region (IOR). Its youthful demography contrasts sharply with an ageing China, a consequence of Mao Zedong’s one-child policy in the 1960s.

President Xi Jinping is a principal culprit in China’s recent aggression. More than any other recent Chinese leader, he has made China a more authoritarian state at home and a more expansionary one overseas. He has protected Pakistan, a state sponsor of terrorism, at every global forum while blocking India’s entry into the Nuclear Suppliers Group (NSG). Xi, however, has bitten off more than he can chew. Dissent against him in China is rising. His legacy, the Belt and Road Initiative (BRI), has stalled. The Covid-19 crisis has peeled away the veneer of invincibility around him.

The New York Times reported acerbically about the arrest and disappearance of the property tycoon and Communist Party member Ren Zhiqiang:

'Mr Ren, in a scathing essay, wrote that China’s leader, Xi Jinping, was a power-hungry ‘clown’. He said the ruling Communist Party's strict limits on free speech had exacerbated the coronavirus epidemic. An essay by Mr Ren began circulating among elite circles in China and abroad. In it, he blamed the government for silencing whistleblowers. While he did not explicitly use Mr Xi’s name in the commentary, Mr Ren left no doubt he was speaking about China’s leader, repeatedly referencing Mr Xi’s speeches and actions. “I see not an emperor standing there exhibiting his ‘new clothes,’ but a clown who stripped naked and insisted on continuing to be an emperor,” he wrote. Addressing Mr Xi, he wrote: “You don’t in the slightest hide your resolute ambition to be an emperor and your determination to destroy anyone who won’t let you.”'

Given China’s unpredictable leadership, what should India do in eastern Ladakh? Follow Sun Tzu’s advice. Be patient, be inscrutable, be deceptive and above all keep your plans unfathomable.