What can be a more defining moment for this than the Chinese reaction to the July 10 terror attack on the Amarnath Yatra in Jammu and Kashmir? The Chinese reaction has been its non-reaction! China has maintained a stony silence on the development. Its silence is deafening. Thereby hangs a tale.

It is indeed strange and regrettable that China, a near-superpower, has consciously refrained from condemning the terror attack on the Amarnath Yatra, though never mind that such a condemnation would have largely remained mere lip service.

But China is not willing to offer even that lip service. One can understand Pakistan's silence on the issue, though Pakistan has performed this lip service and condemned many terror attacks in the past for which it knew that the needle of suspicion pointed towards itself only.

It demonstrates that the chill in India-China bilateral relations is turning into a frigidity. But it goes far beyond that. It shows China is so furious with India for whatever alleged sins of omission and commission that it perceives India to be guilty of that it is willing to keep an intractable silence on the development, irrespective of what the world thinks of Beijing.

Perhaps, more importantly, China has refused to condemn the incident to convey a chilling message to India. The message is loud and clear. That China is supportive of this dastardly terror attack.

To stretch this argument further, China's reticence on the terror attack is a not-so-subtle reminder to India that such attacks will become the order of the day if India continued to cross China's path. It also puts an indirect seal of approval by China on an incendiary remark published in the state-owned Global Times warning about a “third country's army” entering Kashmir.

Here is the relevant quote of this remark: “Even if India were requested to defend Bhutan's territory, this could only be limited to its established territory, not the disputed area... Otherwise, under India's logic, if the Pakistani government requests, a third country's Army can enter the area disputed by India and Pakistan.” 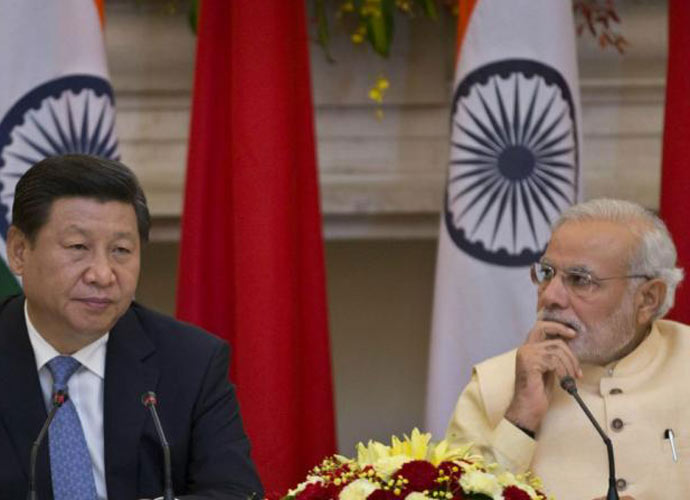 China's message is loud and clear - that it is supportive of this dastardly terror attack. Photo: AP

China's silence on the issue is even more galling considering that countries like the US, UK, France, Germany, Russia, Norway, Canada, Iran and Portugal, apart from SAARC countries like Afghanistan, Bangladesh, Bhutan, Maldives and Nepal condemned the attack. The Spanish president went to the extent of writing a letter to Prime Minister Narendra Modi saying that India could count on Spain in the fight against terrorism.

The Chinese silence speaks eloquently. If it is madness, there is a distinct method behind it. The Dragon is taking on the Indian elephant! Here’s how one can read the Chinese tea leaves.

- China's all-weather strategic partnership with ally Pakistan is becoming even more robust and is set to be more and more Kashmir-centric.

- It means that China will not just turn a blind eye to Pakistan's shenanigans in Jammu and Kashmir but would even encourage these. Just as China has been encouraging Pakistan by blocking India’s efforts to get Pakistan-based terror fountainheads like Masood Azhar and others blacklisted from the UN.

- This may well be a precursor to China extending moral, political and diplomatic support to anti-India terror outfits operating on either side of the Line of Control, even if covertly. Thus far, China has steered clear of Jammu and Kashmir-related terror activities.

- All this would lead to a further spike in terrorist acts in Jammu and Kashmir as Pakistan would be further emboldened by “big brother” China being by its side more than ever before.

This bodes ill for India in tackling the security situation in Jammu and Kashmir which is turning more precarious by the day. India needs to engage with China more pro-actively through behind-the-scenes diplomatic channels.

And Indian diplomacy needs to do this deftly and firmly and convey to China in clear terms that its support to Pakistan on Kashmir-related issues would be not without a cost!