India should not attend China's Belt and Road Forum in Beijing

We need to to puncture China's self-image as the next indispensable country by not attending.

With the date of the Belt and Road Forum (inappropriately BARF) in Beijing drawing near and the Chinese lobbying for India’s representation at the forum officially, through media briefings by the Embassy and voluntary or prompted support by China hands in the Capital, we need to crystallise our thinking on participation and at what level.

For China BARF is a bid for global leadership through the strength of its huge financial resources and impressive sectoral capacities, which now need external markets because domestic opportunities have shrunk.

The Belt and Road Initiative (BRI) is both geo-political and geo-economic, though the Chinese dissimulate their political ambitions by stressing the purely economic thrust of their initiative. Do they need to be reminded that it was the commercial rapacity of powerful countries near and far that imposed on them the past “humiliations” they still smart from? The West’s colonial enterprise was prompted by trade and market openings abroad that led eventually to political control and empire creation.

China’s economic and financial record is hardly altruistic, and hence its rhetoric of shared prosperity underpinning BRI lacks credibility. Unlike Many European countries and Japan, China is not in the business of providing grants or soft-aid to developing countries. Even if such assistance is in most cases intended to create markets for products and technology of donors directly or indirectly through creation of goodwill, the terms are generous. China scouts for projects for which it gives commercial loans on hard terms.

It can build shining new projects in foreign countries, especially in developing infrastructure, but many projects are not economically viable as in the case of Sri Lanka, which then entraps those countries in debt and exposes them to pressure. Often projects are environmentally destructive and meet local resistance as in the case of Myanmar. Chinese projects largely exclude local companies and labour in implementation, and feature major tax concessions, as Pakistani critics of the China-Pakistan Economic Corridor (CPEC) are noting. 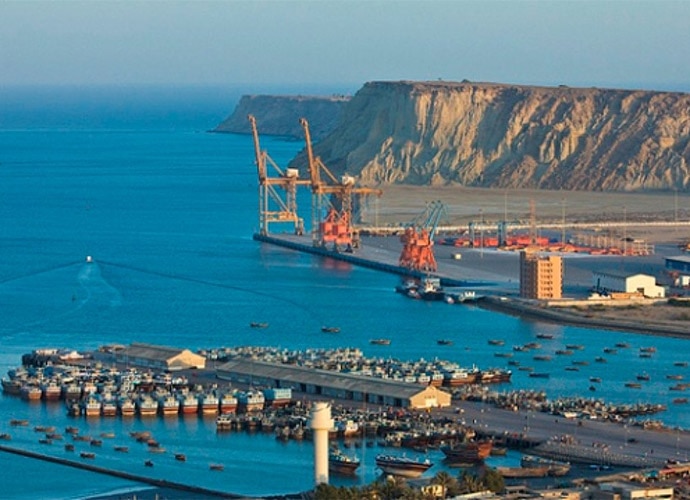 China’s external conduct flows from its domestic policies of creating over-capacities in manufacturing and building, for example, infrastructure and housing beyond requirements on the assumption that abundance of supply will create the requisite demand. China’s concept of economic viability of projects integrates a political and strategic calculus. China’s phenomenal rise has been export-led, which is why the entire BRI project is export-based.

China is playing to its strengths — which are its weakness too if external markets shrink for them — and as many countries need external support to develop their infrastructure, they see BRI’s benefits for their own development strategies. It is this imperative of preserving access to external markets against protectionist tendencies currently gaining ground that explains Xi Jinping’s peroration on the virtues of globalisation at Davos earlier this year.

Most countries that plan to attend BARF would see no downside to it. China’s financial resources and expertise in infrastructure building can support their own development strategies. The China-led Asian Infrastructure Investment Bank (AIIB) expands sources of international finance and will provide additional access to development funds. Most countries outside its periphery would have little concern about China’s hegemonic ambitions. They are far away geographically and have no territorial disputes with China.

Most are small countries that would consider China’s great power ambitions as legitimate in view of the country’s political, economic and even military profile. They would not see it as presenting any direct threat to their sovereignty and independence. They would have no difficulty in pandering to Xi Jinping’s vanity in launching this grandiose project that seeks to fulfil his China dream.

The Southeast Asian countries are small and intimidated by China; they know they have to live next to this behemoth and are unsure of America’s capacity and stamina to protect them in the longer term. All of them have strong economic ties with China; for some key ones in East Asia China is their biggest economic partner. Japan’s leading trade partner is China and China’s second largest trade partner is Japan, with their two-way trade standing at $340 billion in 2014. Japanese investment in China grew to more than $100 billion in 2014, making it the leading foreign investor in China. If Japan is sending the Secretary General of the ruling party to BARF it is because of these huge stakes. In any case, Japan’s representation has no connection to the BRI as it is not a part of it.

The considerations prompting countries to participate in BARF are not relevant for India. The BRI is not violating the sovereignty of any of these countries, as the CPEC does ours. India is the second biggest country in Asia, in most ways China’s actual or potential peer. We have already developed strategic capabilities to deter China. The economic gap between India and China will close in the years ahead. India will not be isolated if it does not attend BARF, as the Chinese claim. The prize of the Indian market is much more important for China than that of the smaller countries straddling the BRI. We can deal with China bilaterally on the economic front without having to join it in promoting its leadership ambitions in Asia at our expense.

Given China’s provocations on several strategic fronts, BARF is an occasion for us to puncture its self-image as the next indispensable country by not accepting a form of kowtow by attending.

#Belt and Road Forum, #CPEC, #India-China Ties
The views and opinions expressed in this article are those of the authors and do not necessarily reflect the official policy or position of DailyO.in or the India Today Group. The writers are solely responsible for any claims arising out of the contents of this article.