India Today Editor-in-Chief talks about what top experts think are India’s strategic, economic and diplomatic options after Galwan, in the July 27, 2020 edition of the India Today Magazine.

'Let China sleep; for when she wakes, she shall shake the world.' These portentous words often attributed to the French emperor Napoleon Bonaparte may be apocryphal but they now sound prophetic. China, it seems, has finally woken up, two centuries later. And the world is guaranteed never to look the same again: from the deadly virus that spread out from a Chinese wet market to trigger off a global cataclysm of a scale not seen since World War II, to a trade war with the United States, a crackdown on civil protests in Hong Kong, bellicose moves in the South China Sea, threatening Taiwan with military force and, closer home, an aggressive mobilisation of its troops on India’s frontier, culminating in the biggest border stand-off since the 1962 India-China war.

The economies of both the countries were roughly the same size in 1988 when Rajiv Gandhi made his landmark visit to Beijing. The trip was followed by a series of agreements over the years to keep the border dispute subdued while growing the economic relationship. China’s economy is today two and a half times the size of India’s and its military spending is four times our own. These factors, coupled with the arrival of Xi Jinping, China’s first president for life since Chairman Mao, signal a challenge unlike any we have faced in the past. The incidents this year, which viola­ted all previous peace and tranquility agreements with our northern neighbour, however, signal that India’s China policy of 32 years is dead. It needs a reset—from diplomacy to mili­tary strategy and to the economy to address a belligerent regional rival bent upon redrawing the border by force.

India has to improve its military power because the loss of territory is politically untenable. We also need to reduce dependence on China for trade and accelerate ties with ASEAN countries and like-minded democracies such as Japan and Australia. India needs to leverage its strategic partnership with the United States while ensuring another major partner, Russia, is not distanced. However, all these factors—military strategy, trade and diplomacy—revo­lve around a robust economy. Without a strong economy, we risk becoming a North Korea or Pakistan. India has to ensure it brings in investments, expand its global reach and become a key player in the global value chain even as it rebuilds its Covid-19-affected economy. 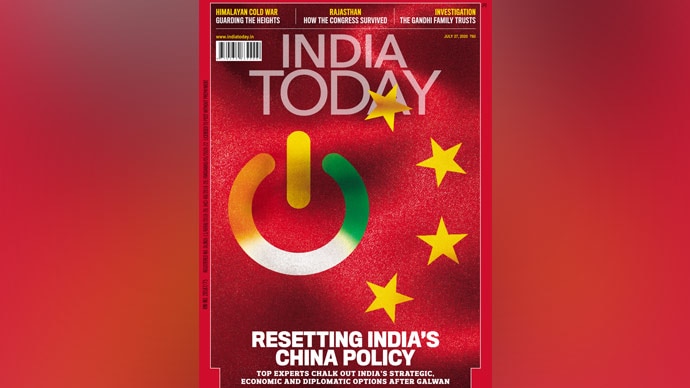 India is at a difficult crossroads. What is the new normal with China going to look like and what are our imperatives with the rest of the world? To unravel the multi-dimensional choices faced by India, we commissioned a panel of eminent experts to expound on the theme for this week’s cover story, ‘Resetting India’s China Policy’, curated by Managing Editor Kai Friese. Journalist and author Bertil Lintner thinks that the conflicts in the Himalayas are not about border demarcation but about hegemony, and it is crucial that India call China’s bluff. “President Xi,” he says, “sees himself as the third great leader in modern Chinese history. Mao Zedong destroyed the old order and liberated China from feudalism and oppression. Deng Xiaoping laid the foundation for a modern economy. And Xi wants to turn China into a dominant world power.” The scholar Minxin Pei feels “Beijing has shot itself in the foot” with its current transgression. He believes they have realised their blunder and are exercising restraint in the wake of India’s economic retaliation. Pei sees this as a watershed in Chinese-Indian relations but cautions India to tread carefully despite having the current geopolitical environment in its favour. China’s strategic focus on its eastern flank will help relieve the security threat India faces from its northern neighbour. The American strategy of economic decoupling with China should benefit the Indian economy while closer defence cooperation between the US and India will substantially boost Indian military capabilities.

Former National Security Advisor Shiv Shankar Menon believes there is no getting away from the need for India to impose costs on China asymmetrically and in non-border areas like the economy. He envisages the most likely outcome to be “a no-war-no-peace scenario that sees both sides climb down to the plateau of a protracted adversarial relationship, on the border and on economic terrain”.

Former navy chief Admiral Arun Prakash advocates prioritising a maritime thrust because it will be India’s ability to project influence in distant reaches of the Indo-Pacific—via its maritime power, not its inventory of tanks or combat aircraft—that will make it an attractive partner for the US or the Quadrilateral and ASEAN. To build military muscle, one needs economic power. And towards that end, Arvind Panagariya, economist and former vice-chairman of the NITI Aayog, recommends sweeping reforms in land, labour, capital markets and trade policy if India has to grow its medium and large firms and vault itself to double-digit growth and if it is to arrest the ascendancy of China as the topmost regional and global power. Tanvi Madan, a senior fellow at the Brookings Institution, says that Delhi needs to think less defensively. Instead of thinking what the US partnership can do to India, it needs to ask what this partnership can do for India. Kishore Mahbubani, former Singaporean diplomat and academician, argues that India is big enough to emerge as an independent pole and provide common sense and calm leadership in a geopolitically turbulent world.

As we have seen in the past three months, India has had two rude awakenings almost simultaneously—the Covid-19 crisis and the border clash with the Chinese. Reading these essays by our experts will make you realise that India has to make some very tough choices diplomatically, militarily and, most importantly, in the economic sphere. It is only with economic power that you have a voice in diplomacy and money for strengthening our armed forces. There is no time to dither. The economy needs fundamental reforms to unleash its tremendous potential and harness the great entrepreneurial spirit of our people. I hope the powers that be are listening to the alarm bells.

Also Read: Why we need to be pragmatic with China

#Galwan valley, #PLA, #China, #Indiachinaties
The views and opinions expressed in this article are those of the authors and do not necessarily reflect the official policy or position of DailyO.in or the India Today Group. The writers are solely responsible for any claims arising out of the contents of this article.