It falls short on the vision to acknowledge and empower the disabled so they can sail through the challenges themselves.

"A human being is a magnificent creation and the magnificence must reflect in a humane, magnanimous, and all-inclusive manner so that every individual tends to feel that she/he deserves space," as observed by the Supreme Court in the Pranay Kumar Podder vs State of Tripura and Others case in 2017.

There is potential progress on the horizon as inclusion, integration and phrases that would define their essence are discussed zealously, but what portends horror is that it is still left to choice - that it is not the practice.

The "other" who is not identified but made conspicuous by identifying oneself as "able", "complete", "blessed" et al.

Though the term is not convincingly conceptualised, the disabled have regretfully become the foil that bolsters the design that defines a fully-functional human being. This has made them second-class citizens in public perception whose rights and necessities have to be spelt out by invoking sections of rulebooks that turn futile to execute equity and justice.

How far can a booklet of law make any difference? Will rights mean acceptance? How much can a list of provisions do to redeem the rights and the respect of the 2.68 crore disabled in India?

Will such outcry lead to inclusion and universality?

The Rights of Persons with Disability Act, 2016 was passed by the lawmakers at the end of a forgettable winter Parliament session, which was inundated by the torrent of acrimony post- demonetisation.

But the Act brought cheer to many as it increased the number of identified disabilities from 7 to 21, and the employment reservation to not less than 4 per cent, as well as included inclusive education, penalties for offences against the persons with disabilities (PWDs), Special Courts, National and State Funds, et al.

The Act has been acknowledged by experts for espousing the progress of the disabled population and for its noteworthy shift from a concessional model to a social one. The inclusion of acid attack victims, learning disability, Parkinson's, blood disorders, speech and language disability et al are perfect examples of the inclusive undertone sustained throughout the Act.

They look attractive and empowering on paper, but carry ambiguities that can be twisted and distorted to meet selfish interests. 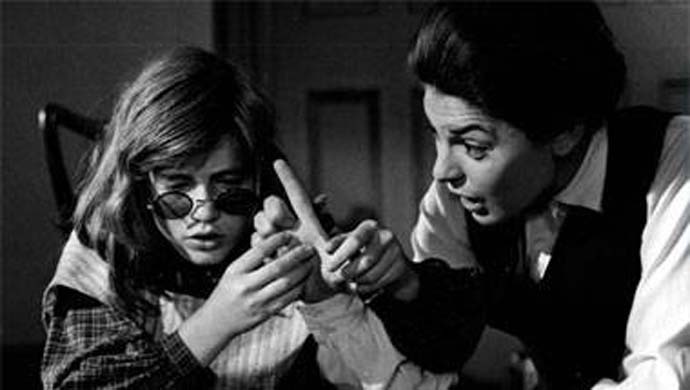 Vision is where the Act leaves a lot to be desired. Photo: Screengrab

For instance, recurring clauses like "within the limits of economic capacity and development", "without undue and inappropriate burden", "the extension of time based on the state of preparedness and related parameters", "cannot be discriminated unless the impugned act or omission is a proportionate means of achieving a legitimate aim" et al leave ample room for denial of justice.

This also leads to empowerment remaining elusive and reliant on the interests of the "able-bodied". Many new appointments and the strengthening of office proposed in the Act are also devoid of providing absolute justice.

The state commissioner's powers, on the other hand, are equivalent to those of a civil court. She/he can summon witness, requisition public record, receive evidence, issue commissions for examination et al. There seems to be no authority that can try an accused or pass verdicts.

In case of violence, the Executive Magistrate is the authority to be sought, while employment-related discrimination can be conveyed to a Grievance Redressal Officer and there is a Liaison Officer to check on recruitment - all of it remains within the purview of the Chief Commissioner, whose powers are quasi-judicial.

Another glaring and minimally-covered area is the amount of power exercised in private establishments. The private sector appears under the surveillance of the Act.

Except in contexts of barrier-free access at private hospitals, among service providers, incentives in the case of employing at least not less than five per cent disabled and an equal opportunity policy, the Act seems hardly persuasive.

This keeps the authority that the Act wields on the private sector within shadows. One would agree to disagree on many other provisions - most of these are liable to failures and those which twisted arguments can overthrow.

It is hardly airtight to cross-examination and thus can't be manoeuvred easily by a disabled person.

While the Act is surely an attempt for progress and inclusion, it falls short on the vision to acknowledge and empower the disabled so they can sail through the challenges themselves.

When the bourgeoisie took control of the society - visibly for the first time in history post revolutions extending the period of 1789 to 1848 - it was believed that they would not only spawn material but also reason, human opportunities, enlightenment, science and arts.

In a nutshell, a world of accelerating material and moral progress was the vision. But what has come of the attempts to fulfil it since then is simply "survival of the fittest" with "fittest" having connotations ranging from ignorance to moral depravity.

In such a world where opportunities are the charity of the fittest, "vision" is a strong word, perhaps even abstract to the status quo.

Even if "vision" is deciphered, it would not disturb their own guaranteed social order or threaten their own existence. All we can hope for is a future that would be "magnanimous" and accept the "magnificence of creation".

#Persons with Disability, #Disability
The views and opinions expressed in this article are those of the authors and do not necessarily reflect the official policy or position of DailyO.in or the India Today Group. The writers are solely responsible for any claims arising out of the contents of this article.