National icons are dead for a reason. Congress and BJP should let them rest

I am tired of politicians of this generation, who have nearly destroyed a promising nation exploiting India’s freedom struggle — in which they did not participate — to make political points.

Neither is Narendra Modi Sardar Patel or Amit Shah Veer Savarkar. These are our prevailing breeds of politicians of different ideology and one ideal: power. They want to rule India and they want to be powerful enough to continue ruling it. That’s all there is to it.

Yes, some people did not participate in the Independence movement. A lot of people did. Both these sets of people are dead. The few still alive aren’t seen begging for votes so that they can warm a Cabinet berth. So, get over it. 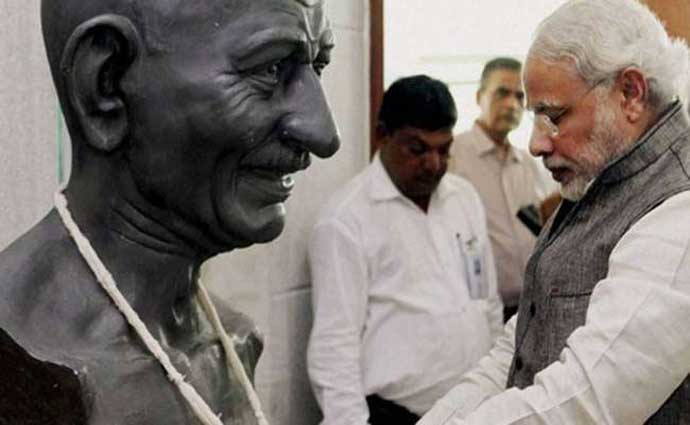 The present Gandhis are not Mahatmas. Get over it. Neither is Narendra Modi Sardar Patel. Photo: PTI

Sonia Gandhi has all the political right to troll the BJP for building idols of people who didn’t join the movement if they were not siding with the British. But, she has no moral right to use the Mahatma Gandhi-led Congress for political point-scoring after what her party has done with the hard-won freedom, before her and on her watch.

Both the main parties need to move on and talk about what they can do to protect and enrich the freedom we got from the British. Because, at the moment, things do not look too bright. We are a divided society and the chasm is getting bigger. Casteism and communalism haven’t weakened. Corruption is acceptable. Streets are not safe, more unsafe for women. Equality before law is only there in principle. Healthcare, housing and food are still election issues, so are roads and electricity.

If politicians had some sense of shame, they would pay tributes to the sacrifices of the past greats and shut up. They look stupid trying to appropriate national icons of our Independence movement.

Because, their performance since then has been miserable, to say the least.

Also read: Shame upon India, BJP is playing as dirty as Congress