Modi in Japan: Why time is ripe to strengthen India's ties

Both countries need to work jointly and emerge as a possible alternative to China.

Prime Minister Narendra Modi is visiting Japan for the annual bilateral summit. This his second visit to the nation and comes at a significant time -when Donald Trump, who has been elected as US President, has argued in favour of a more inward looking US foreign policy, including less involvement in Asia.

It remains to be seen whether Trump will continue to follow such a policy after taking over as president.

If one were to appraise the bilateral relationship, it has grown both in the strategic and economic sphere over the past decade. The signing of the India-Japan Comprehensive Economic Partnership Agreement (CEPA) has been one of the key catalysts for strengthening of economic ties between both countries.

Bilateral trade between both countries in 2015-2016 stood at nearly $15 billion, while Japanese investment in India is pegged at $2.6 billion. Japanese PM Shinzo Abe had committed investments worth #35 billion in 2014.

Japan is also involved in a number of big projects such as the Delhi-Mumbai Industrial Corridor. JICA (Japan International Corporation Agency), which provided assistance for the Delhi Metro, shall also provide a loan of nearly Rs 80,000 crore over a period of 15 years for the Ahmedabad-Mumbai bullet train. The interest rate is a mere 0.1 per cent.

What has helped in giving a boost to this relationship is the political consensus with regard to strengthening ties, while there is no doubt that PM Modi has invested heavily in ties his predecessor, Manmohan Singh, laid the foundations for.

Rise of China and India-US ties

In the strategic domain, India-US and Japan have found common ground in the Asia-Pacific, with India participating in the Malabar Exercises, much to the chagrin of China. The improvement in India-US ties and New Delhi's decision to shed its reticence about annoying China have helped in building an effective India-Japan partnership. 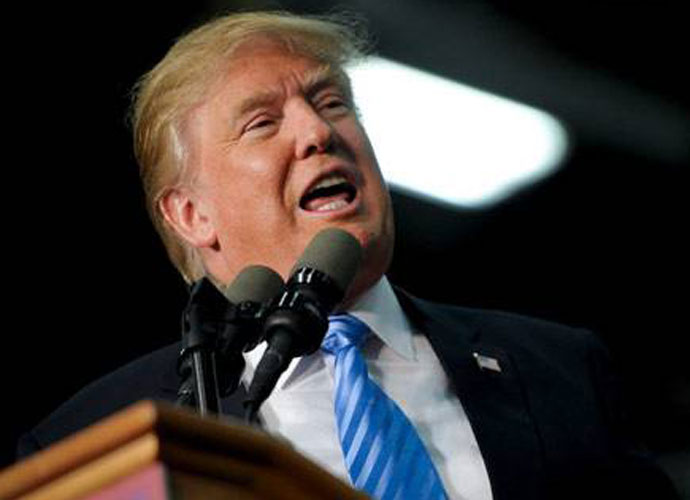 Narendra Modi and Shinzo Abe are likely to discuss the implications of a possible shift in Washington's approach towards South-East Asia and East Asia under president-elect Donald Trump. (Photo: Reuters)

Japan is likely to impose a condition, that if India does go ahead with a nuclear test, the accord will be cancelled. In addition to formalising the pact, other issues likely to be high on the agenda are taking stock of major infrastructural projects in India.

Apart from the above bilateral issues, the increasing dominance of China in ASEAN, and recent developments such as Philippines president Rodrigo Duterte seeking to move away from the US, and the Malaysian premier's criticism of US intervention in Asia are likely to be discussed.

PM Modi and Abe are also likely to discuss the possible implications of a possible shift in Washington's approach towards South-East Asia and East Asia under president-elect Trump.

What should India focus on?

Apart from a serious appraisal of Japanese investment and projects in India, and examination of the China factor, it is important for both countries to join hands in other regions such as South East Asia, Iran and Africa.

During PM Abe's visit last year to India, there were indicators that both countries would find common ground, "develop and strengthen reliable, sustainable and resilient infrastructures that augment connectivity… between India and other countries in the region".

Japan is also investing infrastructure in the North-East, which will help enhance India's connectivity with neighbours Myanmar and Bangladesh, and give a boost to New Delhi's Act East Policy. JICA has pledged nearly Rs 7,000 crore for two highways projects in Mizoram and Meghalaya.

Some of the key projects which Japan is involved in include upgrade of a 350-km stretch between Aizwal and Tuipang in Mizoram. This stretch is part of the Kaladan multi-modal transportation corridor, which will link the North East to Myanmar through sea, river and road links.

The second project is the improvement of the Tura-Dalu section of NH 51 in Meghalaya that runs up to the Bangladesh border. JICA's assistance for these projects in the North East clearly reiterates Japan's interest in supporting India's Act East Policy.

Better connectivity between the North East and Myanmar and Bangladesh would also help in bringing the Indo-Pacific Economic Corridor, a brainchild of the US, to fruition.

India-Japan cooperation in Chabahar and Africa

Apart from the eastern borders, both sides can find common ground in the Chabahar Port, which India has signed an agreement to develop during Modi's visit to Iran.

Japan has already evinced interest in participating in the project. Japanese participation in Chabahar will not only bolster the project, but also provide Japan an opportunity to expand its presence in Central Asia.

In Africa too, Japan and India are likely to have possible synergies. Such cooperation between the two nations in Central Asia and Africa could emerge as an alternative to OBOR.

In conclusion, the Japan-India partnership must move beyond just bilateral relationship and both countries need to work jointly and emerge as a possible alternative to China.

While the scale of Japanese investments may be lesser than China, the terms and conditions of assistance are far more favourable. Both bureaucracies need to be less risk averse, and show similar enthusiasm as their political leaderships.

Also read: As Modi heads to Tokyo, is India-Japan nuclear deal in the offing?

#Nuclear deal, #Shinzo Abe, #India-Japan Ties
The views and opinions expressed in this article are those of the authors and do not necessarily reflect the official policy or position of DailyO.in or the India Today Group. The writers are solely responsible for any claims arising out of the contents of this article.