India will be ignoring Maldivian opposition at its own peril

One wonders what is India's Maldives policy — a strategically important neighbour, a Saarc member, a tiny Indian Ocean archipelago where foreign powers like China and Saudi Arabia have been lengthening their shadows, and a country which has been witnessing turbulent domestic politics for past over five years since the exit of its first democratically elected president Mohamed Nasheed.

For reasons best known to the Ministry of External Affairs, India has maintained a stoic silence as the island nation has travelled from crisis to crisis in last five years. So far, so good. But what happened on April 13, 2017 has puzzled all the power centres in Maldives, including the opposition. On that day, India’s top diplomat foreign secretary S Jaishankar paid an unannounced day-long visit to Maldives which set tongues wagging among the people of Maldives who number less than four lakh.

Even the ever-vigilant opposition led by the Maldivian Democratic Party or the MDP was bamboozled by Jaishankar’s low-profile, unpublicised Maldives visit. They were not aware of the visit till Jaishankar was there. He confabulated only with the government of president Yameen Abdul Gayoom and returned home without meeting a single leader from the opposition.

Why didn’t he meet the opposition leaders during his brief visit to Maldives? 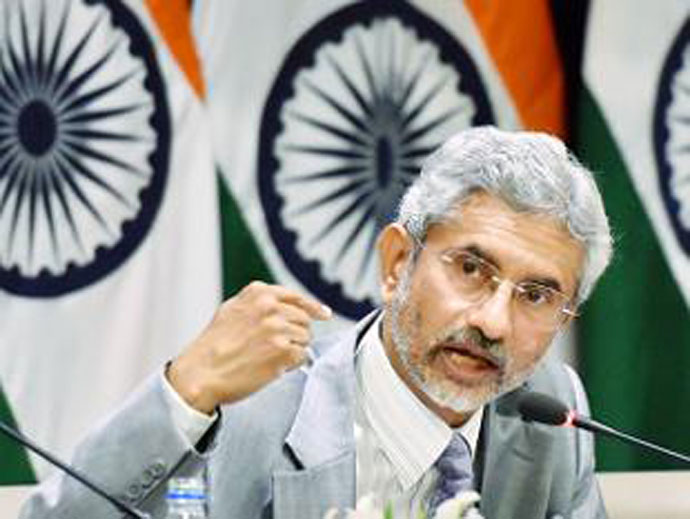 Why didn’t he meet the opposition leaders during his brief visit to Maldives? (Credit: PTI photo)

Does it mean letting down the MDP, the biggest opposition party? Here is an attempted explanation.

The Maldives opposition is presently a united alliance comprising a majority of PPM members and MPs supporting former president Maumoon Abdul Gayoom, together with the largest opposition party the MDP, the Jumhooree Party (JP), the Adhaalath Party (AP) and a number of popular political figures. This has triggered reports that the combined opposition alliance now represents more than 80 per cent of the voting population of the Maldives.

Since the coup of February 7, 2012 in Maldives, India had not found it appropriate to grant official recognition to the constitutionally formed opposition in Maldives, and hasn’t facilitated an official meeting with any government officials in India, whereas other regional countries as well as leaders of the rest of the world have given due recognition to the Maldives opposition.

Ahmed Naseem, a senior MDP leader and foreign minister in the Nasheed government, didn’t hold his punches when I asked him for his reaction to Jaishankar's sudden visit. This is what he said. “I am surprised that the Indian foreign secretary Subrahmanyam Jaishankar did not find it appropriate to meet the Maldives opposition during his visit to the Maldives."

I was in Maldives a few days ago and the overwhelming sentiment in the Maldivian political space was that India seems to have lost its plot. The argument goes that while earlier the Maldivian government was wary of India, now with this development of Jaishankar going back home without meeting a single opposition leader has riled the opposition too no end.

The opposition sentiments need to be taken seriously by India. This is not the first time it has happened. India cannot be putting all its eggs in one basket, particularly when the Yameen government's popularity and credibility have been eroding fast.

Maldives is set to have local council elections in a few weeks. These polls, already deferred thrice, are being seen as a veritable semifinal before next year’s presidential elections.

Moreover, the opposition-sponsored no-confidence motions against the speaker and deputy speaker of the People's Majlis, Maldivian Parliament, are round the corner.

Obviously, Jaishankar conveyed a message when he didn’t meet a single opposition leader during his brief visit. The message was: India is supporting the Yameen government and purposely avoiding the opposition.

Interestingly, Jaishankar's visit, has come at a time when the combined opposition was eagerly waiting to brief India about the latest political situation in Maldives. But this was not to be.

The MEA didn’t issue any statement before or during or after the Indian foreign secretary’s hush-hush visit to Maldives. His choice of not meeting any opposition leader could well have been dictated by the Maldivian government. This can be politically dangerous. 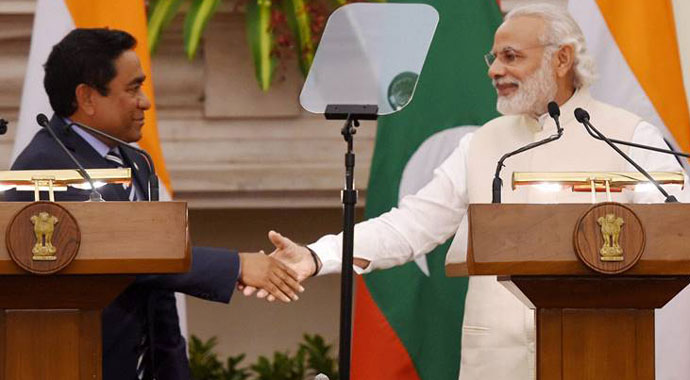 India needs to take the entire Maldivian political space on board. Jaishankar’s act of not meeting any opposition leader during his day-long trip can harm India’s political and strategic interests, particularly when the Yameen government seems to be having one foot on the banana peel.

By ignoring the opposition, India may be committing a strategic blunder. India had committed a similar strategic blunder in Afghanistan two decades ago when it had cultivated only Ahmad Shah Massoud and steadfastly ignored the Taliban. The mistake proved to be costly as Massoud was eventually assassinated and the Taliban stormed into power in 1996.

Well, the comparison is only in political sense, and it definitely doesn’t equate the Yameen government with Massoud and the Maldivian opposition with the Taliban. The only point in citing the Afghanistan example is to highlight the fact that India cannot afford to keep all its eggs in one basket.

This too in the case of a hundred per cent Muslim nation like Maldives, which has been giving jitters to the international community over the possibility of this tiny, but strategically located nation falling to the designs of dreaded jihadist forces.

Also read: Why there is trouble in paradise for Maldives

#External Affairs Ministry, #S Jaishankar, #India Maldives Ties
The views and opinions expressed in this article are those of the authors and do not necessarily reflect the official policy or position of DailyO.in or the India Today Group. The writers are solely responsible for any claims arising out of the contents of this article.