A View from Lahore: Do we really want war? With a neighbour who looks, loves and lives like us?

Ordinary people in India and Pakistan are fighting poverty, pollution and water scarcity. They are not longing for war. They want peace which is, as the great Faiz sahab said, the 'first condition of human life in all its beauty'.

War is peace. Freedom is slavery. Ignorance is strength.

In a ritual that has now become depressingly familiar, India and Pakistan are, once again, on the brink of war.

This time, the precipitating incident has been a suicide attack on a CPRF convoy by a Kashmiri militant which resulted in the deaths of about 40 soldiers. The Pakistan-based Islamic militant group, Jaish-e Mohammed (JeM), claimed responsibility, although questions have been raised about several aspects of the incident. 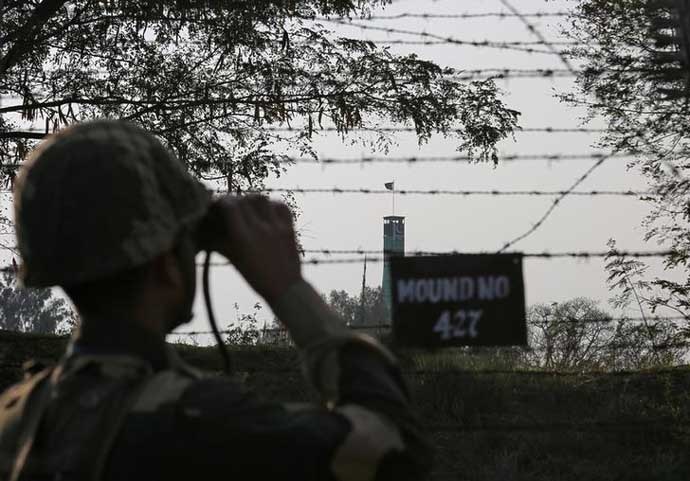 Are those demanding war even aware of what they are asking? (Photo: Reuters)

Regardless of the details of how the attack happened, the fact remains that the incident has brought two nuclear-armed nations to the brink of war — and the rhetoric shows no sign of receding. As I wrote this, claims and counter-claims were flying furiously about an alleged Indian airstrike in Pakistan on militant camps in the dead of the night with India triumphantly proclaiming that they had avenged the Pulwama attack — and Pakistan just as vociferously insisting that nothing of the sort happened but suggesting that now, it was their turn to 'act'.

One border. Two madnesses. (Reuters photos of celebrations in Karachi and New Delhi)

The next day came news that the Pakistan Air Force had shot down two (later, they acknowledged one) Indian Air Force jets and captured two pilots — one of whom was later seen on video being interviewed by Pakistan Army soldiers.

While verbal sparring and artillery exchanges across the LoC have become a regular feature of India-Pakistan exchanges over the last several years, especially since Narendra Modi's BJP came to power in the last elections, what has been particularly striking this time is the full-throated calls for war and even Pakistan's 'annihilation' by ostensibly 'liberal' or even left-leaning Indian journalists and media personalities.

Pakistan. And India. Where life should be about a richer, and not a bitter, harvest. (Photo: Reuters)

Many prominent Indian media persons appeared to have completely dropped any pretence towards objectivity and are stridently advocating war and retaliation, leading one to wonder when respectable journalists and media persons became mouthpieces of the civil and military establishment.

I'm actually reminded of the recent movie The Post about the struggle behind the publication of documents later referred to as 'The Pentagon Papers', which exposed to the public the official lies and justifications used to start and propagate a criminal, genocidal war in Vietnam — and which helped end that war after decades. It was brave, principled journalists, newspaper editors and TV anchors who stood their ground, while their own government threatened them with sedition and treason, who ultimately exposed the atrocities of their own governments and forced them to back down.

But this is just one side of the current debate about 'War' — a word that is being bandied about as if we were discussing a cricket match.

As I sit in Lahore typing these words, I am acutely aware that less than 30 miles from where I sit lies the border with India.

While my three children sleep peacefully in their beds, I wonder if we will have any warning before a mushroom cloud blooms over our heads in the dead of night and we won't even have time to say goodbye to each other.

A recent study pointed out that a war between India and Pakistan has a good chance of escalating into a nuclear conflict in which case, in addition to the hundreds of millions of dead and wounded on either side and an environmental catastrophe that has the potential to wipe out human existence in this part of the world, the fallout could potentially extend all the way across Europe to North America and cause widespread ecological destruction — making it difficult or impossible to sustain life. Use your TVs better: Play Faiz's Lenin Peace Prize Acceptance speech instead of all the anger and vitriol we see. (Photo: Reuters)

Are those braying for war even aware of what they are asking?

Perhaps they should pay a visit to a war memorial in Germany and see how the spirits of the dead still linger, forlorn and weeping. Or maybe they can go pay homage to the victims of Hiroshima and Nagasaki and ask the survivors if war is the answer to anything.

In times like these, it becomes 'unfashionable' and 'cowardly' to talk of peace and co-existence — but I, for one, refuse to believe that ordinary people in India, like ordinary people in Pakistan, are longing for war, which will send their sons and daughters to be killed and maimed for political gains.

Part of the hysteria is being driven, no doubt, by the myriad social and economic problems that plague both our countries, more than seven decades after 'Independence'. The average Indian and Pakistani man and woman is sick and tired of always being behind on their bills, always having to worry about how to find money for their children's education or an unexpected health bill, always wondering if in their old age they will be left destitute or dependent on their children to survive. We are sick of bad infrastructure, polluted cities, water scarcity and adulterated food. We are sick of being manipulated by our politicians and media, told what we should or shouldn't believe, who we should or shouldn't love or hate. We are sick of not having a sense of ownership of our lives, of building our communities and our nations to rise and exist in harmony with others.

We are sick of being told that visiting shopping malls, buying things and 'consuming' is the ultimate goal of human existence.

But are these understandable sentiments the reason to support war against our neighbour?

A neighbour where most people look like us, speak like us, love their families and children like us and who wish us no ill will? Should our ire and our rage not be directed against those who exploit us for their own material benefit? Who send our children to be slaughtered while their own children live and study in the comfort of the West? Who monopolise the bounty of nature that we have fashioned into goods with the sweat of our brows?

Who live like kings on our labour and tell us to wait for our reward in heaven? 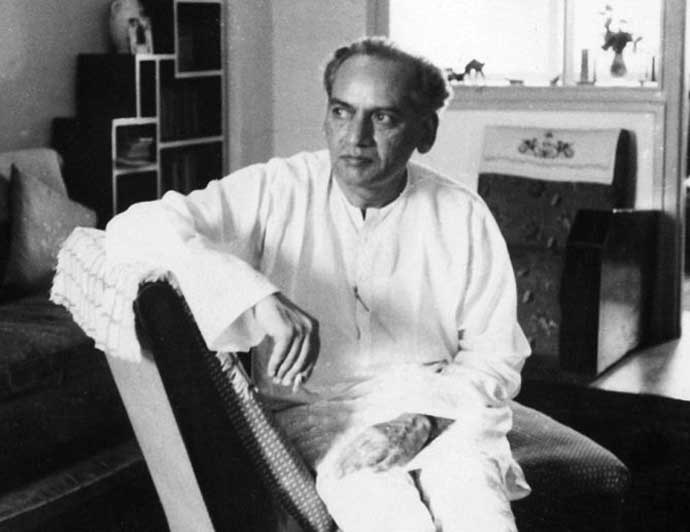 We need to remember the magical, and peaceful, words of a great poet today. (Photo of Faiz Ahmed Faiz Courtesy: Radio Pakistan)

Many, many years ago, a wise man once called peace 'the first condition of human life in all its beauty' and the struggle for peace and freedom 'so compelling that it elevates all who work for it'.

He went on to say '...human ingenuity, science and industry have progressed to the point where today, everyone can be fed, clothed and satisfied provided these boundless treasures of nature and production are not just used to satisfy the lusts of a few people but for all humankind.'

At the end of his speech, he concluded, 'Today, when we look down upon our world from the stars, these irrational selfish attempts to grasp a few bits of the Earth, to establish our dominion over a few people seem beyond reason. Are there not enough people among us who can convince the others to sink these guns, bombs, rockets and cannons into the sea and instead of trying to subjugate one another, set out together to conquer the heavens, where there is no shortage of space and no need to fight one another, where there are countless skies and uncounted worlds...'

This is the speech that all TV channels in both countries should be running on repeat.

#Narendra Modi, #Pulwama, #Surgical strike 2.0, #Indo-Pak ties
The views and opinions expressed in this article are those of the authors and do not necessarily reflect the official policy or position of DailyO.in or the India Today Group. The writers are solely responsible for any claims arising out of the contents of this article.