India’s confused and contradictory signals are only emboldening Pakistan

Consider two developments in recent days that speak volumes about India’s Pakistan policy: Just as the United States moved to unilaterally withdraw from a major arms-control pact (the Intermediate-Range Forces, or INF Treaty), “Incredible India” — as it calls itself in international tourism-promotion ads — welcomed an inspection team from a terrorist state to scrutinise Indian hydropower projects that are being built under the terms of the Indus Waters Treaty (IWT).

Qureshi and Pakistan’s all-powerful military generals think they can get away by provoking India. Another fun night with the diplomats from that side: When Mr Geelani socialises, we know where he heads. (Photo: PTI)

India’s welcoming of the three-member Pakistani inspection team, led by that country’s Indus commissioner, illustrated how its incoherent approach to Pakistan has spawned even appeasement.

In 1960, in the naïve hope that water largesse would yield peace, India entered into the IWT by giving away the Indus system’s largest rivers as gifts to Pakistan. Since then, the congenitally hostile Pakistan, while drawing the full benefits from the treaty, has waged overt or covert aggression almost continuously — and is now using the IWT itself as a stick to beat India with, including by contriving water disputes and internationalising them.

Whereas the US has ditched the INF Treaty over an alleged Russian violation of its terms, India clings to the IWT’s finer details — even though Pakistan is waging proxy war by terror against it. Like the IWT, the INF Treaty is of indefinite duration. 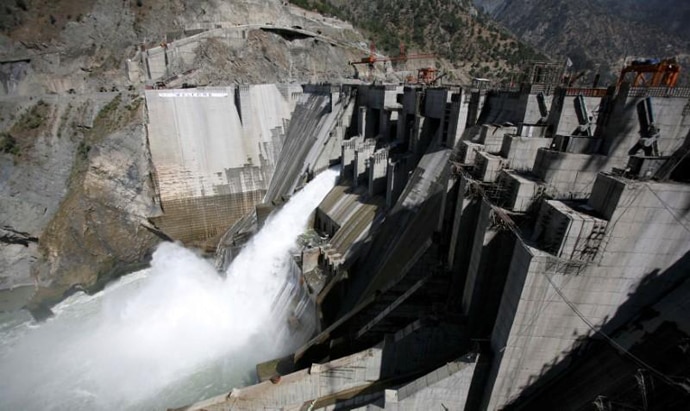 India welcomed a three-member Pakistani team to inspect some of its new dams. Their 'findings' can be damning. (Photo: Reuters)

Pakistan’s use of state-reared terrorist groups to inflict upon India death by a thousand cuts can be invoked by New Delhi as constituting reasonable grounds for an Indian withdrawal from the IWT. The International Court of Justice has upheld the principle that a treaty, including one of indefinite duration, may be dissolved by reason of a fundamental change of circumstances.

Still, India not only adheres to the IWT’s finer details, it even goes beyond. For example, under the IWT’s Article VIII, the Permanent Indus Commission (PIC) is to meet once a year. Its next meeting was due in March 2019. But, thanks to India’s zealousness, the PIC met much earlier in August 2018, just five months after its previous meeting.

It was at that meeting that India agreed to advance Pakistan’s inspection tour to October 2018. The last such tour occurred in 2014 and the next one, in keeping with the IWT provision for a tour “once every five years”, was due by the end of 2019. The local bodies’ elections in Jammu and Kashmir forced the October tour to be deferred to January-end.

Before returning home on February 1, the Pakistani team examined three Indian hydropower projects currently under construction — the Pakal Dul, which will generate up to 1,000 megawatts of electricity, Ratle (850 megawatts), and Lower Kalnai (48 megawatts).

The team also visited the already operational 900-megawatt Baglihar — a project that Pakistan tried earlier to stop by invoking the IWT’s dispute-settlement provisions.

But the international neutral expert appointed to resolve the dispute ultimately ruled in India’s favour. 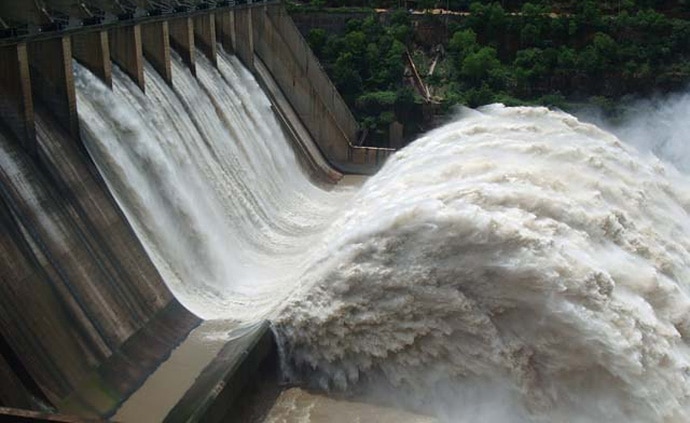 There's no washing away the truth: Pakistan is using the Indus Water Treaty as a stick to beat India with. (Photo: PTI)

Pakistan, however, could seek international intercession again by using the information its inspection team collected last week to mount technical objections to the Indian projects under construction. Even before the team visited India, Pakistani officials publicly raised objections to the spillway or freeboard of these projects.

Pakistan’s interest lies in sustaining a unique treaty that incorporates water generosity to the lower riparian on a scale unmatched by any other pact in the world. That interest arms India with significant leverage to link the IWT’s future to Pakistan’s observance of basic international norms.

Yet, India is letting go of the opportunity to reframe the terms of the Indus engagement.

This raises the question as to why India does not downgrade its diplomatic relations with Pakistan — why maintain full diplomatic ties with a country that New Delhi branded “Terroristan” in 2017?

There is no reason for India to keep diplomatic relations with a terrorist state at the high commissioner level. Downsizing diplomatic missions and doing away with high commissioners should be part of an Indian strategy to employ peaceful tools, including diplomatic, economic and riparian pressures, to reform Pakistan’s behaviour. 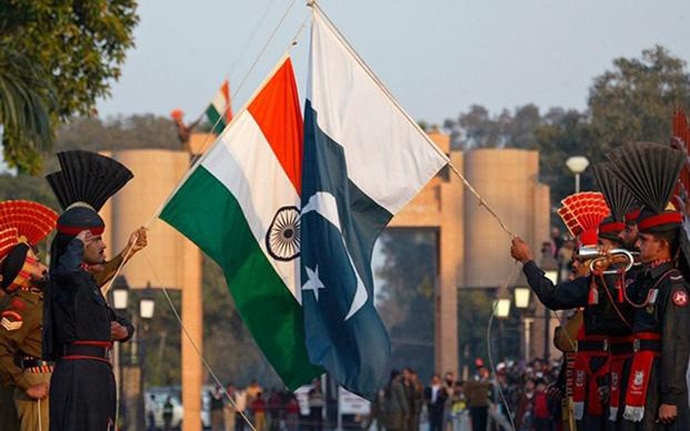 Pakistan is much smaller in economic, military and demographic terms than India. Yet, it continues to gore us. How come? (Photo: Reuters)

Sadly, India is all talk when it comes to imposing costs on the next-door terrorist state. Indian policymakers do not seem to realise that words not backed by action carry major costs. They not only affect India’s credibility but also undermine its deterrent posture by emboldening the enemy.

Isn’t it telling that Pakistan continues to gore India, although it is much smaller in economic, military and demographic terms? Such aggression is the bitter fruit of India’s present approach — which essentially has remained the same under successive governments.

However, it is still not too late to reverse course.

India ought to talk less and act more. To tame a rogue neighbour, India must emphasise deeds, not words.

For starters, it must discard the fiction that it can have normal diplomatic relations with a sponsor of terrorism.