Doesn't he need to address his own constituency back home?

India and Pakistan. "I am good, you are bad." "We will avenge deaths of our soldiers in Kashmir." "You are a terrorist state." "We will wipe you out." "Hey hey hey! Don't mess with us… we aren't scared… we have our nukes… Beware!" 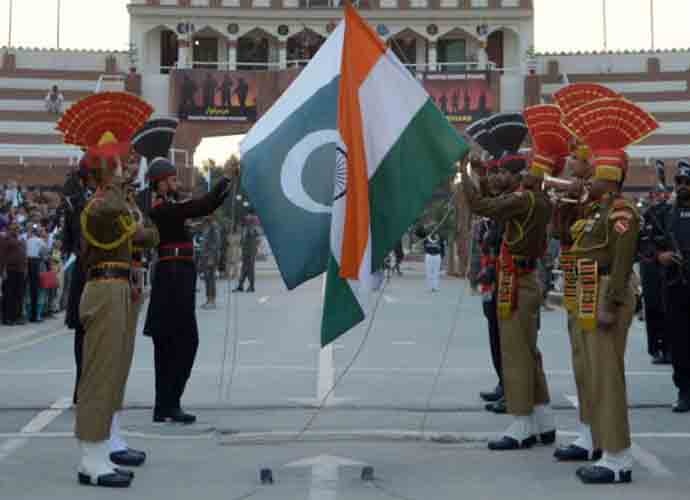 Hostilities between India and Pakistan show no sign of abetting.  (Source: Reuters)

Ready for a war?

Well, you would be living under a rock, fooling yourself (perhaps drugging yourself as well) if you thought sanity is a term that can be used in the context of Indo-Pak relations.

Sanity is not normal, nor is a civilised dialogue. It was never allowed to be. What is normal in Indo-Pak relations is barbarism, hate, poison, warmongering, one-upmanship, choicest of expletives, terrorism, and threats to wipe out each other from the face of earth.

Anything else (especially talks of talks, talks of peace and talks of solutions) is a divergence. A momentary relapse after a heavy hangover. At best, a shower from a cloud passing over a parched land. Nothing more.

Here is a short timeline for your kind perusal. Imran Khan's offer to hold talks with India was a rather calculated move. (Source: Reuters)

India says: Yes, we can. Yes, we will. Foreign ministers will meet in New York in September end on the sidelines of the UN General Assembly session.

India says: Oops, sorry! No talks. You are a barbaric country. Your true face stands exposed. (This, less than 24 hours after accepting the proposal. That was quick.)

"It's time to give it back to Pakistan. No talks [if] terror [continues]," says Indian Army chief General Bipin Rawat. 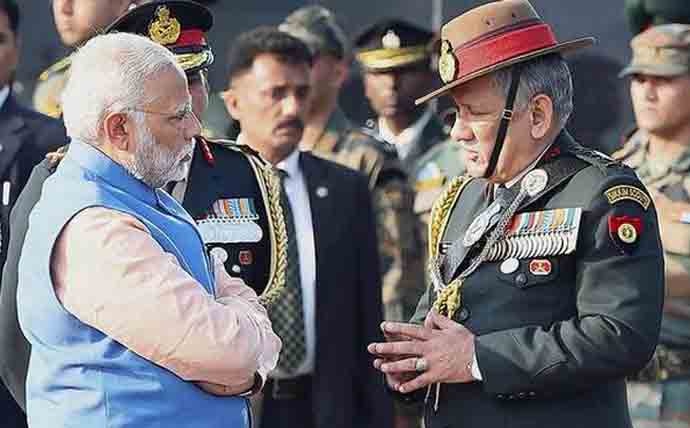 Imran Khan expresses his disappointment at India's "arrogant and negative" response to his call for resumption of peace dialogue. Makes an indirect dig at Modi, says he [Imran] has seen "small men occupying big offices who do not have the vision to see the larger picture".

Disappointed at the arrogant & negative response by India to my call for resumption of the peace dialogue. However, all my life I have come across small men occupying big offices who do not have the vision to see the larger picture.

"Pakistan has decided to bleed India with a thousand cuts. It wants violence in Kashmir," says General Rawat.

Pakistan Army spokesperson responds saying the country is ready for a war. "We have nuclear weapons and aren't scared of India."

Agree with me now?

Were you too among those who had high hopes that the newly elected Imran Khan government would be different from the ones from bygone years?

One minute of silence for you.

And two minutes of silence if you were among those who thought the Modi government was serious about improving Indo-Pak relations.

Three minutes for yours truly, because he is guilty of being under the spell of both fallacies.

The discourse on Indo-Pak relations has always been and continues to be an important electioneering tool in India. Ahead of a crucial election, no political party can afford to ignore people's sentiments on matters related to Pakistan.

Whether the sentiments are natural, or triggered by meticulously planned strategy, is not anybody's concern. What concerns political parties is that aggressive iron-hand narratives about Pakistan can fetch easy votes.

Votes that would be hard to win by selling dreams of development and demonstrating work done to end poverty and unemployment, among others.

If this is true (of course, it is), then you would have lost your mind to dare think that the Bharatiya Janata Party (BJP) will be an exception and abandon this guaranteed vote puller in an election year. How naïve of you to venture into the forbidden territory of sanity.

Other things aside, timing is the most (and perhaps the only) important and interesting aspect that makes the recent developments worth any analysis. The statements are mundane and cacophonous.

The proposal for talks from Imran Khan came less than a month after he became Pakistan's PM. In his first speech after his victory, he had made a similar pitch.

The proposal also comes at a time when Pakistan's economy is crumbling, and the US has stated clearly that it is in no mood to approve any bailout by the International Monetary Fund, and in August cancelled military aid worth $300 million.

Pakistan's PM and foreign minister have gone on record to say that the country is almost bankrupt. As a promising leader, who demonstrates traits of Western exposure as well as shades that find approval in Pakistan's conservative sections, Imran Khan, after assuming office, had to project a statesman's image to different audiences - in the West, in Pakistan, in India and elsewhere. An image that says: Look, here is a 'modern' leader who intends to do good and have peace; a leader who can rise above the mundane and see beyond the foggy horizon.

The proposal for talks provided him the perfect opportunity to do this.

On May 27, 2014, on his first day in office as India's PM, Narendra Modi met the then Pakistan PM Nawaz Sharif in New Delhi for talks. Modi had invited him and other SAARC leaders for his swearing-in ceremony. 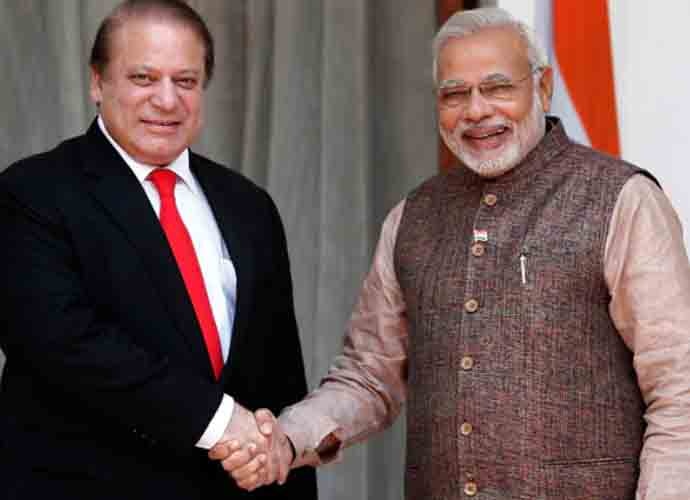 Sharif described the meeting as "good and constructive" and something that can be built upon. India's former foreign secretary Sujatha Singh said Modi has accepted an invitation to travel to Pakistan, but the date is yet to be decided.

A year-and-a-half later, in December 2015, Modi visited Sharif in Pakistan on his birthday, greeted and hugged him — projecting an image, of course, along with some message delivery.

Like Imran Khan in 2018, Modi could do this in 2014 and 2015. He had just won a historic mandate. He needed to show to the world that he too is a statesman — exotic stuff like peace, talks, shared future et al.

Five Assembly elections, followed by the 2019 Lok Sabha election, are banging at his door. The decision to cancel the foreign ministers' meet, especially after announcing it in the first place, was clearly an afterthought. It was a decision taken with the upcoming elections in mind.

Since the terror attack on the Pathankot airbase, the Modi government (and the BJP) has maintained that talks with Pakistan can be held only if Islamabad takes concrete actions against terrorists based in Pakistan and acting against India.

Had Modi gone ahead with the foreign ministers' meet in New York, the BJP would have found itself in a tight spot for compromising on its stand. Not only would the Opposition use it to score political points, its own ally — the Shiv Sena — would have attacked it, as it has done on multiple occasions in the past four years. Both Imran Khan and Narendra Modi are following the same script. (Source: Twitter)

Modi realises that September 2018 is not a politically auspicious month for him to again prove his statesmanship. He knows that this projection can wait for another 10 months because the task at hand for him is to ensure that he continues to be India's PM after May 2019.

Does Imran Khan not know about this? He is smart, he surely does. Why did he then send the proposal when he knew that Modi is headed for key elections?

Doesn't he need to address his own constituency back home?

This explains the entire political tamasha that we saw last week. The proposal, its acceptance, its overnight rejection, call for action against Pakistan, and a counter threat of nukes.

In the end, Imran Khan scored his points, Modi his. Both gained arguments to support their decisions. Both are victors in their own right for their own audiences. Who cares about anything else?

Was the end result known already? Yes. Maybe no. Take your pick.

The two PMs are dancing on the same song, exhibiting similar moves.

Also read: Why talking to Pakistan is futile

#Nuclear Weapons, #Narendra Modi, #Imran Khan, #India-Pakistan talks
The views and opinions expressed in this article are those of the authors and do not necessarily reflect the official policy or position of DailyO.in or the India Today Group. The writers are solely responsible for any claims arising out of the contents of this article.