No, Pakistan does not want 'peace' with India

Is it a sincere desire for peace that motivates him?

Pakistan is the modern world’s most active and enduring "jihadi state". As Gaurav C Sawant notes, “Terror is in the DNA of Pakistan.”

Pakistan has been engaged in a proxy war against India, starting with its inception in 1947, as a means of justifying its very existence.

Terror is in the DNA of Pakistan. The cancer of terror is eating it from within. Must avoid engaging with the terror state at all cost and isolate it. Pak must be compelled to confront snakes in its backyard. And punish Pak state terror at every level and not just at the LoC. https://t.co/ZSACAJ4PeM

Initially, Pakistan-sponsored terrorism was only directed against India to justify a military dominance of the country through an appeal to fundamentalist Islam. In recent decades, Pakistan-sponsored attacks have gone global. Most post-9/11 terrorists, apparently, have had their training in Pakistan and many are Pakistanis. Osama Bin Laden was captured and killed while hiding near a Pakistan military base — hardly a coincidence. Prior to 9/11, Pakistan created the Taliban and set up the Taliban state of Afghanistan from which Osama acted and spread his Al Qaeda terrorist network worldwide. ISIS is also reportedly finding new refuge and support in Pakistan today.

In this context, Imram Khan, Pakistan’s new Prime Minister, is asking for a new dialogue and new peace talks with India.

Yet, Khan won the recent elections with the blatant “support” of the Pakistan army and 'jihadi' groups. He campaigned on an agenda of military strength and aggression, not as a candidate for peace.

Motivation behind Pakistan’s call for dialogue

Why then does Imran Khan want peace talks with India? Is it a sincere desire for peace that motivates him?

No one would be so naive as to believe that.

The latest Pakistani request for peace talks is a mere public relations ploy aimed at foreign governments — particularly Europe and the USA — hoping to reduce Pakistan’s negative image as a 'terrorist state'.

Certainly, many groups in the West that have supported Pakistan in the past would like to see such a change in Pakistan’s policy. 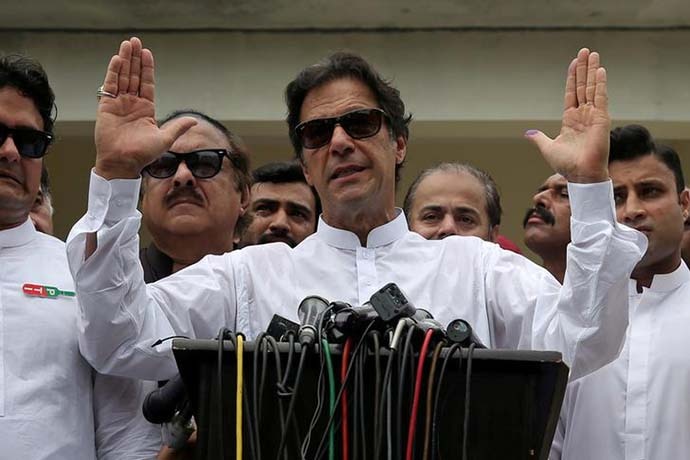 Is his vision real peace — or something much darker? (Photo: Reuters)

It is also an economic ploy to make possible investment in Pakistan seem more acceptable and reliable.

It is aimed at Islamic countries and China to make their defending of Pakistan interests at a diplomatic level more viable. In addition, Khan can use it to try to bring back the Indo-Pak equivalence in foreign affairs, which has been lost to the Af-Pak terrorist equation.

Imran Khan’s gesture has nothing to do with seeking peace, but is a continued effort to keep Pakistan afloat and hide the terrorist forces that remain boldly active in the country today. It does not involve any effort to rein in terrorism, or to reduce the military control of the country. World-designated terrorists like Hafiz Saeed and Masood Azhar roam freely in Pakistan and influence and contest elections. 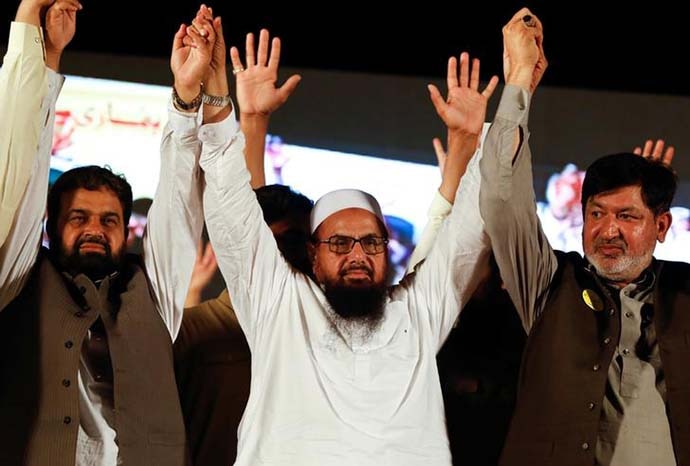 Not surprisingly, Khan has lambasted India as “arrogant and negative” for not agreeing to this sham of talks. Yet, Pakistan’s connection with terrorism is so enduring and extensive that no country in the world can ignore it. Khan has also reportedly said that Pakistan will defend Saudi Arabia — though Saudi regularly expels thousands of Pakistani workers for possible criminal or terrorist involvement.

As the increased Pakistani violence in Kashmir indicates, there is no real change of heart in Pakistan. 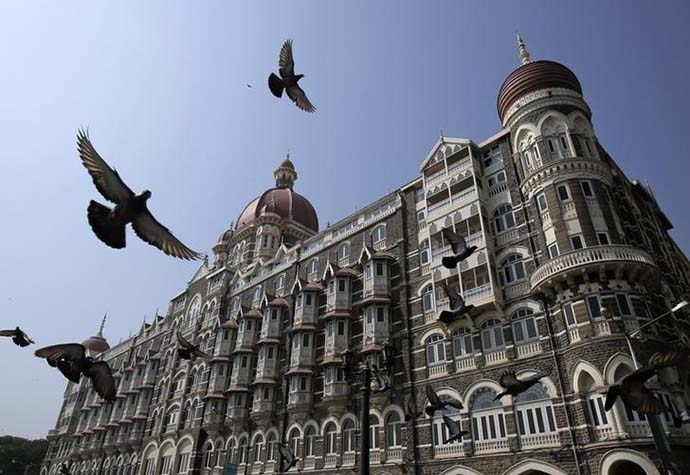 Pakistani militants ruined the peace of Mumbai on 26/11. Pakistan is no 'lost brother' of India. (Photo: Reuters)

Pakistan in the past has returned India’s peace proposals with terrorist attacks and military assaults — and is clearly hoping to do so again. The poison of 'jihad' has crippled Pakistan. It cannot be removed unless Pakistan is willing to question its religious and military identity as a 'jihadi state', which would bring into doubt the very rationale for its existence.

Many Indians look at Pakistan like a brother gone astray. Pakistanis look at Indians as 'mortal enemies' that must be removed at all cost, even if they have to be stabbed in the back.

This may sound harsh, but it is the fact of history that cannot be brushed aside.

India’s long-standing misplaced sympathy for the people of Pakistan has only emboldened Pakistan further, it has justified it in the eyes of the world, and it has weakened India’s resolve to counter Pakistan aggression.

After seventy years and all that has transpired from Indo-Pak wars to the genocide of Kashmiri Pandits, such sympathy has no place.

Only a stern response can counter Pakistan’s terrorist mindset.

Also read: India did not and India does not wish to have peace with Pakistan. Mehr Tarar explains why