How India can still learn from 1965 war with Pakistan

The immediate origins of the 1965 Indo-Pakistan War lay in an unrelated event, the 1962 Sino-Indian War. As the 1962 confrontation escalated, India realised that it needed to double the number of Army divisions from 10 to 21. Knowing that Pakistan would react to this massive expansion, India authorised another four divisions, for a total of 25. This may have been the only time independent India made advanced provision for a future military threat. Normally, we react years after a crisis develops. 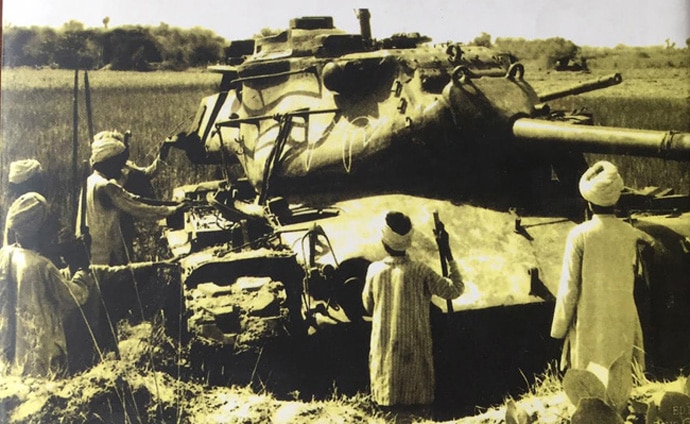 Pakistan Patton tanks captured by India during the 1965 war.

Zulfikar Ali Bhutto, then Pakistan foreign minister, correctly predicted that with the Indian build up, Pakistan would lose any chance of taking over India-controlled Kashmir. Bhutto managed to persuade President Ayub Khan about bringing into force some immediate action. To disguise the illegality of the invasion, Pakistan resorted to the same ruse it had in 1947. Twelve thousand nominal irregulars spearheaded its attack. Having learned from its mistakes in 1947, this time the force was well-trained with regular Pakistan Army troops as its backbone. Indian Kashmiris would revolt and call to join Pakistan, mitigating the illegality of an open intervention. Oddly, India successfully used the same tactic against Pakistan in 1971.

Was it foolish of Pakistan to assume that no Indian counter-intervention would take place? No and yes. Pakistan staged the Rann of Kutch incident in early 1965 to test India's reaction to an attack. India did not react. But to conclude from this that India would be equally passive in Kashmir was the first of Pakistan's three strategic errors. Kutch was a Pakistan raid on border posts. This hardly merited a harsh Indian response. Second, against Pakistani expectations, India took the offensive side in Kashmir. Third, Pakistan counterattacked at Chaamb, believing India would confine the war to Kashmir. Yet India had long made clear that an attack on Kashmir was an attack on India.

India, believing it could not hold Kashmir by confining operations to that theatre, sent two corps, XI and I, across the international border. That spelled the end of Pakistan's hopes in Kashmir. Yet we gained nothing. We succumbed to international pressure to negotiate, as we still do. The 1965 war resulted in a return to the status quo ante, without penalty for Pakistan. 1971 was a shining exception to nine centuries of Indian passivity in the face of Muslim invasion. Even here we cancelled our Western front offensives because of US and USSR pressure. We remain passive. Pakistan has attacked India for the last 30 years, using fighters disguised as Khalistani or Kashmiri "freedom fighters". India did not retaliate. Even in 1999, India only restored the status quo ante in Kargil. Our passivity makes further attacks risk-free for Islamabad.

Still, the 1965 stalemate became the basis for the 1971 victory against East Pakistan. Western analysts have heavily criticised India's "failures" in 1965, without realising half of India's western front division was new and not fully trained. They do not realise that half the Indian divisions in the West were only partially-trained new raisings. Also, 1965 saw only India's opening moves. In large scale conventional operations, little is decided in three weeks. Thanks to the experience of 1965, six years later, we had a strategically-focused, smoothly functioning, victorious army. 1965 became a training round. The Indian Army had not fought large scale conventional operations since independence. Mistakes were inevitable and we made plenty. But we learned from our mistakes.

Conversely, we have not learned that victory in war, conventional or unconventional, depends on the prosecution of the unrestricted offensive until strategic victory.

#India-Pakistan ties, #1965 war, #India-Pakistan war
The views and opinions expressed in this article are those of the authors and do not necessarily reflect the official policy or position of DailyO.in or the India Today Group. The writers are solely responsible for any claims arising out of the contents of this article.

The writer has 45 years of experience in South Asian military affairs.