Exit polls 2019: How the Congress-NCP combine gave away the game to BJP in Maharashtra

The parties failed to build on their organisational base and could never increase their vote share. The BJP, however, focused on dismantling satraps cultivated by Congress-NCP.

Every election throws up a few takeaways — but the same doesn’t apply to the Lok Sabha Elections 2019. What we could see tomorrow is that the results may not show us the actual story but the voting trends would do a lot of talking.

I remember penning down the takeaways from the Gujarat Assembly elections of 2017, which were won by the BJP for the sixth consecutive time, but the margin was at its thinnest. Most people praised Congress president Rahul Gandhi and his temple run, and predicted a turnaround for the Congress in the future. The Congress’s good performance in a state like Gujarat, which has been highly polarised in favour of Narendra Modi, was indeed impressive — but even then, it was clear that the Congress wasn’t a choice. 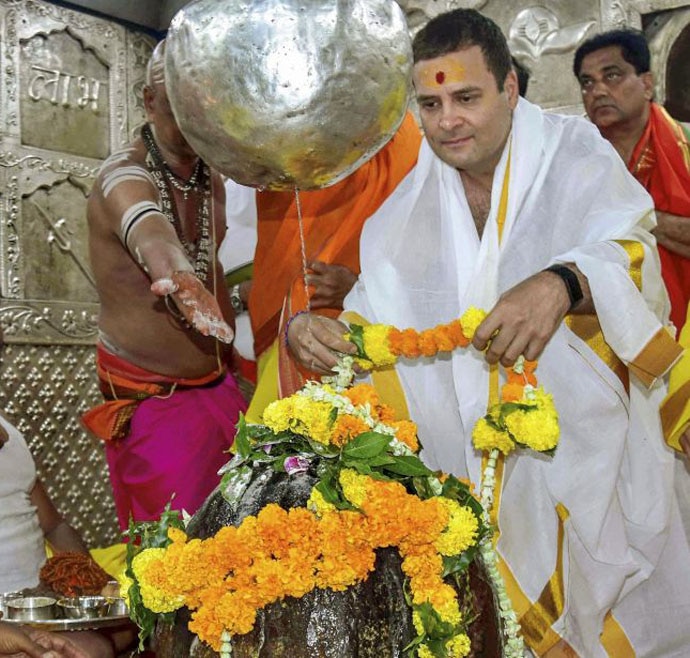 The mandate was a mere expression of anger due to prevailing circumstances; this explained the Congress managing to better its previous tally. What the Congress lacked was a strong local leadership and cadre.

Despite all efforts, what the Congress couldn’t do is bring down BJP’s vote share. The India Today-Axis Exit Polls predict the same across the country, especially in states like Gujarat, Madhya Pradesh and Rajasthan, where despite better performances in Assembly polls, the Congress’s vote share is not on the rise. In all these states, the BJP has managed to keep its vote base intact, and in some cases even improved it.

Let us shift our focus to Maharashtra, a state where each exit poll has a different prediction of the vote share for the BJP-led National Democratic Alliance (NDA). Axis My India predicts a 48% vote share, whereas CVoter has given around 42% votes share, but CSDS-Lokniti predicts more than 50% votes share for the BJP combine for the 2019 elections. Despite the difference, what one can notice is that in any case BJP+ vote share is likely to be more than 40%. So, the NDA is likely to maintain its basic improved vote base since 2014 in Maharashtra.

All three exit polls have differences over vote share only in two states — West Bengal and Maharashtra.

That could be because of the presence of a strong alternative and also because in both the states, the BJP has managed to spread its wings beyond expectations after the 2014 Lok Sabha elections.

Maharashtra has been known as a BJP state for a long time. The BJP, or its predecessor, the Jana Sangh, did have a presence in the state but a very limited one. It was mostly behind the scenes, supported by its alliance partner, the Shiv Sena.

Even after the split in the Congress of 1999, the party retained its base, with the help of splinter Nationalist Congress Party (NCP). But even at their best, the Congress-NCP together couldn’t get 40% vote share in Maharashtra. The two parties contested three Lok Sabha elections together but their vote share has always been below 40%. In 2009, the Congress-NCP got 38.09% votes with a maximum of 25 seats whereas BJP+ was at 34.41%.

The Congress-NCP has seen their vote shares remain stagnant — the BJP has consistently been increasing its numbers. (Source: PTI)

Victory for the Congress was due to the presence of others who got around 26.89% votes. In 2014, others went down to 17% with the BJP+ getting 48% vote share translating into 42 seats. And the Congress-NCP vote share dropped by 4% to 34% but the seats dropped much lower to only six.

Even for 2019, while the India Today-Axis My India exit polls predict a 48% vote share for BJP+, the Congress-NCP vote share remains at the same 34% with Prakash Ambedkar’s alliance with Asaduddin Owaisi likely to get 13% votes. So, no matter how much the Congress wants to blame Ambedkar, their unchanged vote share is the one to be blamed for the possibly dismal performance of the Congress-NCP.

Despite being in power in Maharashtra from 1999, the Congress-NCP combine couldn’t increase its vote base — and that tells us a lot about their preferences.

The alliance always looked for something circumstantial to remain in power, rather than building over the victory, the party leadership did nothing to improve its organisation. It depended more on sub-regional satraps.

But the BJP seems to have played a double game. On one hand, after 2014, the BJP kept increasing its vote base and organisation and on the other hand, it kept dismantling this sub-regional satrap network of the Congress-NCP. Their defections to BJP may not have helped the party in terms of vote share — but led the Congress-NCP to lose their own.

There was a time when there used to be safe Congress seats across Maharashtra — the benefits of which were accrued by the likes of Ghulam Nabi Azad and PV Narasimha Rao, who had come down to Maharashtra to get elected to the Lok Sabha. Now, there is no safe seat for the Congress-NCP.

The BJP, on the other hand, has developed such seats across the state where candidates will not matter in the future.

So as mentioned earlier from Gujarat's takeaways, the Congress-NCP surely need regional organisational networks and leadership — not sub-regional satraps to build on the vote share which seems to have gotten stuck in the range of 32% to 36%.

#BJP-Shiv Sena, #Congress-ncp, #Lok Sabha elections 2019, #India today-axis exit polls
The views and opinions expressed in this article are those of the authors and do not necessarily reflect the official policy or position of DailyO.in or the India Today Group. The writers are solely responsible for any claims arising out of the contents of this article.