India Today's 15th State of the States survey introduces you to the leaders in governance, economy, agriculture, education, and more.

One of the many invisible changes happening in the country is the acceptance of cooperative and competitive federalism as a tenet of good governance. Decentralisation has gone from being mere rhetoric to reality, with two major reforms in the methodology of revenue and tax-sharing in the country.

First, the government accepted the recommendation of the 14th Finance Commission to raise the share of states in central taxes from 32 per cent to 42 per cent. Second, a unified tax structure, the Goods and Services Tax (GST), was introduced. The impact of GST is yet to be evaluated, but according to a World Bank report published in July 2016, the overall effect of this new revenue-sharing model on state finances in 2015-16 has been positive.

The axis of India is shifting. Several next-generation reforms required for economic progress such as those relating to land, agriculture and electricity distribution will happen in the states. A state-led reform model will work even for many subjects in the concurrent list in the Constitution, such as labour and land acquisition. At least in some states, greater consensus for reforms in these areas may emerge than exists at the Centre.

Moreover, different states may benefit from the freedom to chart varied policies based on local needs rather than a one-size-fits-all programme at the Centre.

The change is clear. According to a 2014 McKinsey study, eight high-performing states (based on their relative per capita GDP) - Maharashtra, Tamil Nadu, Gujarat, Haryana, Kerala, Himachal Pradesh, Andhra Pradesh and Uttarakhand - will account for 52 per cent of India’s incremental GDP growth between 2012 and 2025. If you add Goa, Delhi, Puducherry and Chandigarh to these states, they will have 57 per cent of India’s consuming-class households in 2025. 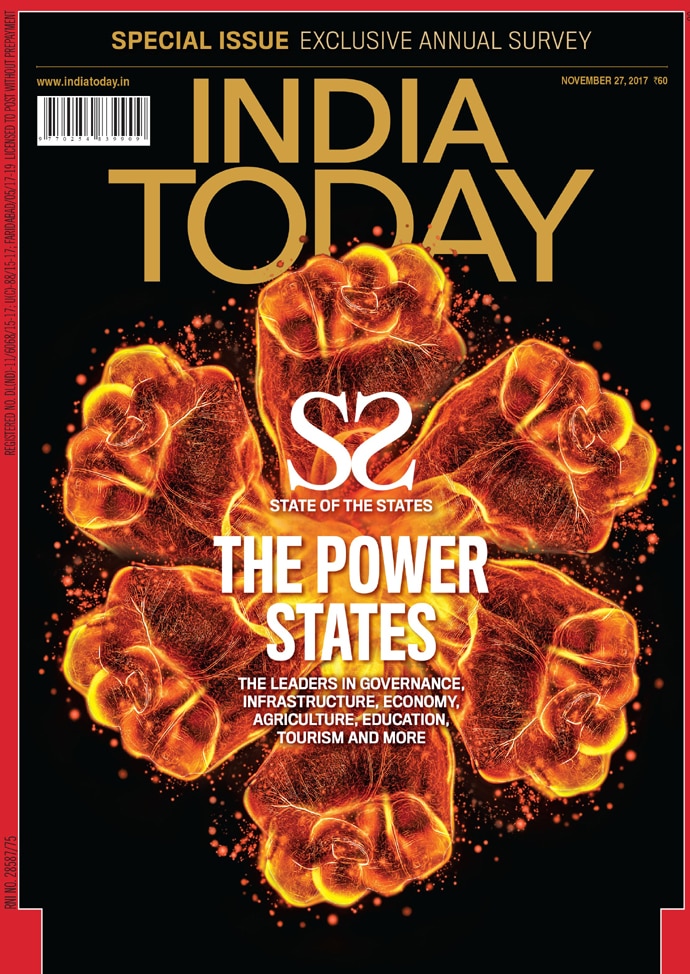 Federal fiscal autonomy is rising, allowing states to pursue their own paths in designing and implementing development schemes according to their priorities and needs. Rapid urbanisation and associated income growth will propel these states to per capita income levels similar to those of today’s middle-income nations.

In 2025, for instance, Maharashtra’s 128 million residents will have a purchasing power parity similar to Brazil today. The purchasing power of Goa and Chandigarh in 2025 will mirror that of Spain today. In 2015-16, all the states together spent 30 per cent more than the central government. State expenditure also grew faster than central spend between 2012 and 2017.

In 2003, when we began the State of the States survey, India was still a country largely governed from Delhi. But the emergence of a prime minister who was a powerful chief minister for over a decade has meant a complete dismantling of the Centre-state hierarchy, and the institution that embodied that feudal attitude, the Planning Commission.

Niti Aayog’s mantra is “stronger states make a stronger nation”. In the 15th year of the State of the States survey, the methodology has been made more robust to not just analyse improvement in performance, but also its consistency. There are some surprise winners this year and my congratulations to them. But there is also a disturbing reality - that of the growing disparity among states. Five big states - Maharashtra, Tamil Nadu, Uttar Pradesh, Gujarat and Karnataka - contribute 46 per cent to the country's GDP. Delhi’s per capita income is nine times higher than that of Bihar. This uneven development does not augur well for India.

Hopefully, the laggards will be inspired by the performers, and start catching up soon.

#Leadership, #Governance, #India Today, #State of the States
The views and opinions expressed in this article are those of the authors and do not necessarily reflect the official policy or position of DailyO.in or the India Today Group. The writers are solely responsible for any claims arising out of the contents of this article.