Why is US defence secretary Ashton Carter in India?

The effort is to obtain the maximum possible in the last months of the Obama presidency.

US defence secretary Ashton Carter's second visit to India in less than a year and within four months of our own raksha mantri's visit to the US suggests an acceleration of the India-US defence agenda.

The elements of this agenda are clear: Increased US arms' sales to India in view of India's plans to buy $100bn worth of new weapons over the next ten years; moving from a buyer-seller relationship to co-development and co-production, with technology transfers, under the Defence Trade and Technology Initiative (DTTI) and our own campaign for Make in India in defence manufacturing; develop a defence partnership with India to support the US pivot towards Asia; promote India as a "net security provider" in the India-Pacific region and link this strategically with India's own Act East policy.

How much can this agenda actually be accelerated? Of the four DTTI pathfinder projects, only two-mobile electric hybrid sources and chemical and biological warfare protection gear have made progress.

Discussions on jet engine and aircraft carrier technologies will be protracted as these are long term projects. Jet engine technology is prized technology that the US private sector will not part with easily.

The right balance between trade and technology will have to be found within the DTTI, between the US push for trade and India for technology. While the Pentagon has a dedicated team working exclusively on DTTI, the complexity of US export control legislation and Congressional oversight on technology transfers are formidable barriers.

Moves involving the US-India Business Council to get the Congress to pass legislation authorising any proposed export of defence equipment or technical data to India to be treated in a manner similar to that of US' closest partners and allies - NATO members, Australia, Japan, Korea, Israel and New Zealand - are likely to run aground because of overambition and opposition by Pakistan/China linked anti-India lobbies within the US strategic community, notwithstanding bipartisan support for India. 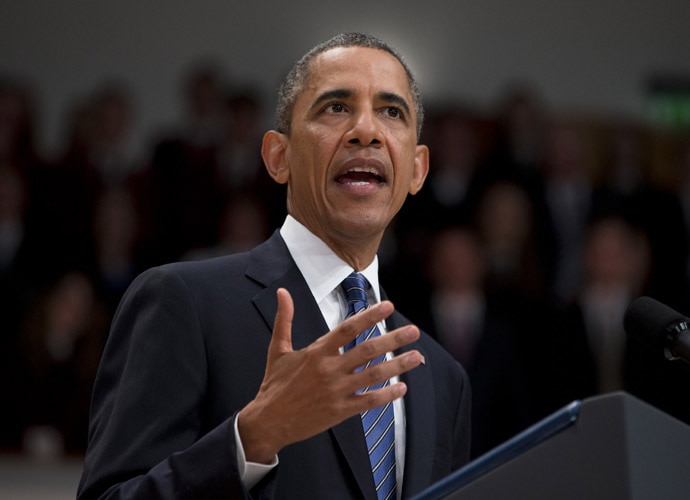 The effort is to obtain the maximum possible for the India-US relationship in the last months of the Obama presidency, and leave him with a substantive, non-controversial legacy involving a major country like India, unlike his other two legacies - Iran and Cuba - which are controversial domestically.

Beyond that, the US will look for political concessions from India in exchange for technology transfers and more congruence in foreign policies, which India may baulk at so as not to lose its strategic autonomy.

Carter revealed US political objectives regarding India in his address to the Council of Foreign Relations in New York just before his current India visit. He made it apparent that he viewed India-US defence ties as an integral part of US policies in the Asia-Pacific, which he considered the single most consequential region for America's future.

The US wanted to manage, according to him, the historic change in this vital region, including China's rise, noting in this context tensions created by Chinese actions in the South China Sea that had raised serious regional concerns which the US shared.

The US was, therefore, enhancing its force posture in the region by stationing more military personnel and some of America's most advanced capabilities, including more potent missiles, undersea drones and bombers.

In this context, he spoke of the "remarkable convergence of US and Indian interests - what I call a strategic handshake" between the two countries, reflected in the joint strategic vision statement released in January 2015 and the 2015 framework for the US-India defence relationship. He intended discussing in Delhi "exciting new projects" and advised the audience to "stay tuned for when I meet with minister Parrikar".

He spoke of India's outreach to the US last year "to discuss the possibility of launching joint production on a new platform", and mentioned that US officials and industry representatives were already discussing in Delhi the potential production of fighter aircraft. He did not mention the three foundational agreements - the LSA, CISMOA and BECA - considered necessary for transferring cutting edge technologies to India.

With the Asia-Pacific region lacking a NATO-like structure, Carter spoke of the US building less formal structures to provide security and stability by augmenting bilateral relationships and alliances with trilateral and multilateral arrangements, and weaving these partnerships together to more effectively bolster American and regional security through security burden sharing. He cited in this regard the burgeoning of the US-Japan-India trilateral relationship into practical security cooperation and welcomed the Japan-Australia-India trilateral meeting last June.

In this background, unsurprisingly, the US CINCPAC chief admiral Harris proposed joint patrols in the South China Sea at the Raisina dialogue in Delhi December last, a proposition that Parrikar chose to reject immediately.

The US is focused on China's conduct in the western Pacific and does not believe in a China threat in the Indian Ocean, which is why it disregards our concerns about the China-Pakistan relationship. We have interests in Iran and have a strategic partnership with Russia, both countries identified by Carter as security threats in his speech.

India, because of its wider strategic interests, has a serious challenge ahead that of leveraging Pentagon's courting of India to its advantage, but without entering into too tight a US embrace.

#Defence, #Manohar Parrikar, #Ashton Carter, #India-US Ties
The views and opinions expressed in this article are those of the authors and do not necessarily reflect the official policy or position of DailyO.in or the India Today Group. The writers are solely responsible for any claims arising out of the contents of this article.