India is the largest importer of arms, then why is the Army chief complaining?

India’s Army chief General Bipin Rawat is not someone who usually praises China. However, while speaking at a function in Delhi on March 13, he applauded Beijing's approach of simultaneously enhancing its military prowess with its rapid economic growth.

His argument was India should take same approach and increase its military expenditure to provide an enabling environment for the economic growth.

The vice chief of Army Staff has also told a parliamentary panel that this year’s Budget allocation is inadequate for the basic needs of the armed forces. It is understandable when the Army asks for more resources, however, when General Rawat makes comparisons with China he should know that while China spends for its military 1.9 per cent of its gross domestic products (GDP), India spends 2.5 per cent of its GDP. 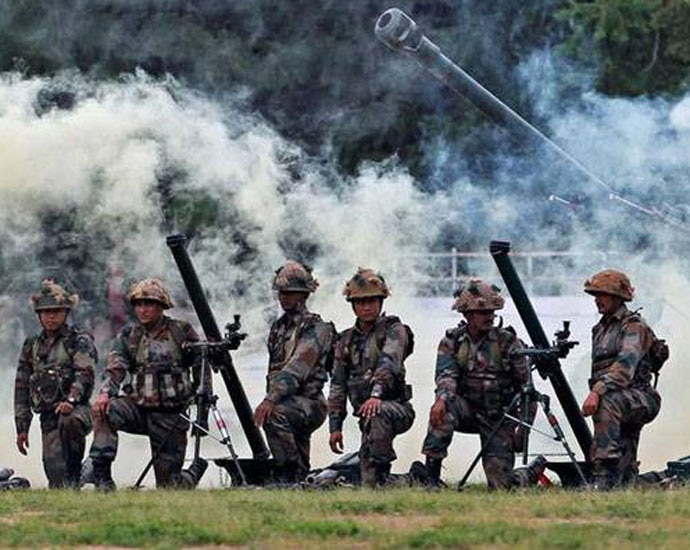 General Rawat only sees that India spends on military $55 billion while China spends $225 billion. However, he ignores that fact that India’s GDP is US 2.2 trillion and China’s GDP has reached to $11.2 trillion.

While India’s Army generals are complaining about the Budget allocated to its military, the highly reputed Stockholm International Peace Research Institute (SIPRI) has released the latest data on the volume of international transfers of major weapons.

According to SIPRI data, India was the largest importer of major arms in the past five years, single-handedly buying 12 per cent of the global total.

In spite of a powerful section of the Indian media always highlighting the country’s slow and tedious process to buy arms from foreign manufacturers, India has been the largest arms purchaser in the world not only for the past five years, but also from the beginning of this century. Since 2000, according to SIPRI data, India has brought arms worth $46.8 billion compared with China’s $35 billion. Pakistan’s buying of any foreign military hardware becomes a sensational news in India. However, since 2000, Pakistan’s total purchase of arms from foreign market is only $14.4 billion.

It is not Pakistan’s army, but the China-Pakistan axis that has become the worry for Indian military. The good relationship between China and Pakistan is not a new development, but what is new is that India’s relations with China has reached a new low in the past two years.

For the first time since 1970s, India is seriously worried over the possibility of armed conflict with China. The Modi government’s signing of the Logistics Exchange Memorandum of Agreement (LEMOA) with the US, boycotting of China’s Belt and Road Forum (BRF) meeting and whimsical decision for an unnecessary standoff at Doklam have not only made China an open enemy, but have also given incentives to Beijing to not bond further with Islamabad as well as other key neighbors of India.

With achieving rapid economic development, China has not only become almost self-sufficient in producing its own weapons, but also according to the SIPRI data, it has become world’s fifth-largest arms exporter. Its arms export has increased by 38 per cent in the past five years compared to the previous period. Moreover, to add to India’s vulnerabilities, the major importers of Chinese arms are countries in India’s neighborhood.

As expected, Pakistan is the main recipient of Chinese arms export. However, countries like Bangladesh and Myanmar are also buying most of their arms from China. In this process, China, as Siemon Wezeman, senior researcher with the SIPRI Arms and Military Expenditure Programme, observes, "continues to strengthen its relations with Pakistan, Bangladesh and Myanmar through arms supplies".

When a country’s security is focused on buying more arms, this strategy rather buys more insecurity and vulnerabilities. As Jan Eliasson, former deputy secretary general of the UN and the present chair of the SIPRI governing board, rightly warns, “The increased flow of arms raises concerns over their impact on international peace and security.”

To feel secure, a country needs to know not only how powerful is its militarily, but also how strong its enemy states are. A smart foreign policy is a critical security provider for the country.

Indian Army is feeling vulnerable these days not because of less purchase of arms by the country, but because it faces a real threat of fighting war simultaneously on two fronts while the country is increasingly feeling lonely in the region.

For this increased insecurity, it is not the lack of arms, but the failed foreign policy of the Modi government that is to be blamed.