When will India stop rewarding incompetence in the military?

Outstanding officers with a strong individuality and intellectual curiosity get culled by the stubborn seniority system.

In his seminal On the Psychology of Military Incompetence Norman Dixon poses the questions: "How, if they are so lacking in intelligence, do people become senior military commanders? And what is it about military organisations that they should attract, promote and ultimately tolerate those whose performance at the highest levels brings opprobrium on the organisations they represent?"

Fortunately we have not had a major war in recent times to test the mettle of our commanders. But even in peacetime, many have, unfortunately, managed by their acts of omission and commission to bring opprobrium on our military.

The upper echelons of India's military are now visibly dense with incompetent and uninspiring leaders, who simply managed to get good ACR's year after year with bland obsequiousness.

Also read: Why India is losing respect for the Army

They then go about expecting the same from their subordinates, and get it in plenty. Outstanding officers with a strong individuality and intellectual curiosity get culled by the stubborn seniority system, adopted from the bureaucracy.

The Indian military, like many others, doesn't appreciate standout talent and personality, and prefers a uniform greyness. The system beats out the commander and dashing leader in an officer long before he becomes a general. We will never study this, as if this opaque system of evaluation is a military heirloom.

Younger officers in Western militaries often challenge mediocrity and are willing to run into their swords for this. Have we any serving officer who will write on this? No, I don't think so. Even those who are retired seem to have deep tribal loyalties. Tribal loyalty is very different from institutional loyalty. 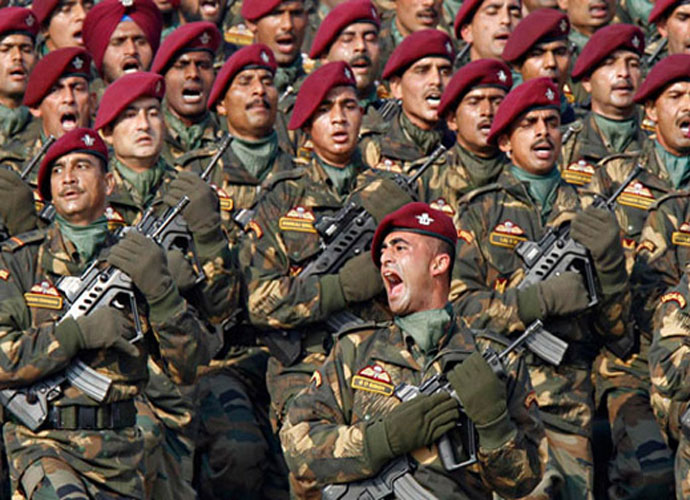 The nation cannot afford the military to be a bureaucracy where even the undeserving rise.

However, it was not always this way. Thomas Ricks has argued in his book The Generals: American Military Command from World War II to Today that the US military used to expect its generals to fail. In the Second World War, the US Army fired 16 division commanders and at least five corps commanders.

The British Army fired generals Wavell, Auchinleck, Cunningham and Ritchie in North Africa alone. Many were given second chances.

Somewhere along the way this tradition has lost. Ricks writes: "To a shocking degree, the (US) Army's leadership ranks have become populated by mediocre officers, placed in positions where they are likely to fail. Success goes unrewarded, and everything but the most extreme failure goes unpunished, creating a perverse incentive system that drives leaders toward a risk-averse middle where they are more likely to find stalemate than victory."

At least the Americans have started the debate. In 2007, lieutenant colonel Paul Yingling published an absolutely blistering, full-frontal assault on American generals entitled "A failure in generalship".

In it he challenged the US Army for producing generals with insufficient education, language skills, creativity and moral courage.

He attacked the general officer promotion system as fundamentally flawed. His core argument was clear: "Our generals are not worthy of their soldiers."

Amazingly, the article - by a serving officer - was published in the Armed Forces Journal. Less surprisingly, Yingling is now a high school teacher. Can anyone imagine an Indian Army officer writing such an article, or the Army War College Journal publishing it?

Ricks further writes: "We often think of the military with a culture of clear accountability. This is only really true for lower ranks. In contrast, there is absolutely no question that if the British Army were a listed company (heaven forbid), a slew of generals would have been kicked out of theatre early.

"Boards of directors have very little patience for poor performance, and regularly give CEOs months rather than years to prove themselves. Recent examples include GM (four CEOs in eighteen months) and Hewlett-Packard (five CEOs in six years). In fact as many as a third of CEO departures are due to poor performance."

This begs the question; must all officers be promoted to their levels of incompetence?

Once at the Farnborough Air Show, I ran into a serving Royal Air Force (RAF) pilot who looked well into his middle years and was still a wing commander.

He was flying an aircraft at the show. When he saw the surprise on my face, he explained that he loved flying and to keep doing that he opted out of vying for higher commands.

His juniors wear stars but he prefers to see the stars from close up. He made his choice but many more get passed over and serve under course mates or juniors. Heavens don't fall when this happens.

But in India a general made a post-retirement career over his supersession, ensuring that the seniority rule is chiselled in stone.

Dwight Eisenhower became a brigadier general in September 1941. In December 1943, he was appointed as the supreme allied commander in Europe.

In January 1944, he also assumed command of the North Africa theatre and was re-designated as Supreme Allied Commander of the Allied Expeditionary Force (SHAEF) making him the overlord of all allied forces in the West. He was also promoted to general of the army, the US equivalent of field marshal. As SHAEF he was the master and commander of famous generals like Bradley, Patton, Montgomery and Dempsey.

Their views about Eisenhower were interesting. Montgomery said: "Nice chap, no general." Patton wrote: "It's too bad Ike had no personal knowledge of war."

But Ike organised the greatest amphibious landing in history and oversaw the defeat of Nazi Germany in Africa and Europe. Not even Zhukov or Rokossovsky commanded such huge forces operating simultaneously in many sectors.

Eisenhower went on to become POTUS (President of the United States of America) and when laying down office after two terms, warned his fellow countrymen against the growing power of the "military industrial complex". Our problem is that the complexity of military organisation eludes our leaders and the subject has become another sacred cow.

Nearer home, William Slim was a brigadier doing a staff job in the Indian Army in Basra in 1941. He was fortuitously appointed GOC of the 10th infantry division in the Middle East and his performance led to him becoming the GOC of the 14th army headquarters in Imphal.

There he led it to what is now arguably the Second World War's greatest military victory.

Interestingly enough, he still held the official rank of a colonel with the wartime rank of major general and temporary rank of lieutenant general. He later became field marshal and chief of the imperial general staff (CIGS). He was the only Indian Army officer to become CIGS.

In 1965, an Indian GOC went to war with his briefcase containing papers pertaining to his passing over for promotion.

In the face of a Pakistani counter-attack, he withdrew in haste from his forward position on the Ichogil canal leaving behind his briefcase. The Pakistanis gleefully read the out the contents of his gripe over being passed over on Radio Pakistan. In 1971, an IAF pilot (later an air marshal) landed his Gnat in a Pakistani airfield, but that didn't stall his climb to a higher command.

Clearly, we need to separate the wheat from the chaff in time before it becomes expensive.

As wars become shorter, we can ill-afford to test our generals in war. We have to do it well ahead and be ready for war.

The nation cannot afford the military to be a bureaucracy where even the undeserving rise. The solution to this can come only from within the military.

The politician is not interested. The bureaucrats will just bring more of their ideas, which could be fatal. The military must look within. But who will bell the cat?

#Indian Army, #Indian Military
The views and opinions expressed in this article are those of the authors and do not necessarily reflect the official policy or position of DailyO.in or the India Today Group. The writers are solely responsible for any claims arising out of the contents of this article.