Does Indian Army have a plan, or are we headed towards war with Pakistan?

India Today cover story comes against the backdrop of increasingly desperate attacks by Pakistani militants, the latest being as assault on the Sunjuwan army camp, in J&K.

Since the Partition of India in 1947, Kashmir has had to bear the burden of being India’s only Muslim majority state, a jewel in the divided crown left by the British, a testimony to the secular nature of the new Republic. It has also had the misfortune of being the battleground of India and Pakistan. Since the NDA government came to power in May 2014, India Today has done 10 cover stories on tensions between the two neighbours, many centred around Kashmir.

The stories have examined the relationship through many prisms, primarily one of terror attacks, which this time have been the worst since 2013.

Among the many issues India Today has covered are the internal politics of Pakistan, which makes it difficult to know who to talk to (Who to Deal with in Pakistan, January 18, 2016); Pakistan’s relationship with China which makes the threat of a two-front war a very real possibility (China’s New Chick, July 31, 2017); and the ever present danger of nuclear war (Pakistan’s New Nuke Threat, June 20, 2016). The instability in Pakistan, which has seen 36 years of military rule, has been a long-standing problem, making it a perennial source of trouble for India (Crisistan, August 14, 2017). 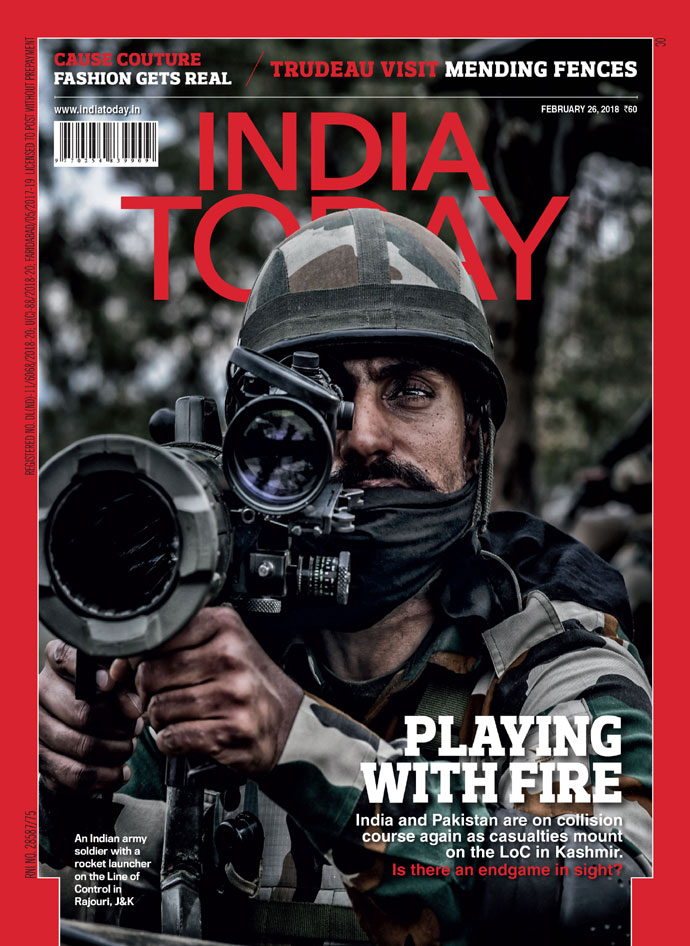 Our cover story comes against the backdrop of increasingly desperate attacks by Pakistani militants, the latest being as assault on the Sunjuwan army camp in Jammu, targeting sleeping soldiers and their families.

Executive editor Sandeep Unnithan and principal photographer Yasir Iqbal Mattoo spent a night at ground zero to understand the Indian Army’s role on the Line of Control. Unnithan has visited the LoC multiple times since 1996 but says he has never seen this level of violence. The year 2017 and the beginning of 2018 have been the worst since the 2003 ceasefire between India and Pakistan came into effect.

In the first 36 days of 2018, there have already been 241 ceasefire violations across the LoC claiming the lives of nine Indian soldiers — compare this with 2003-07, when there were 21 violations (all in 2007) on the LoC and three on the International Border, with three Army casualties. 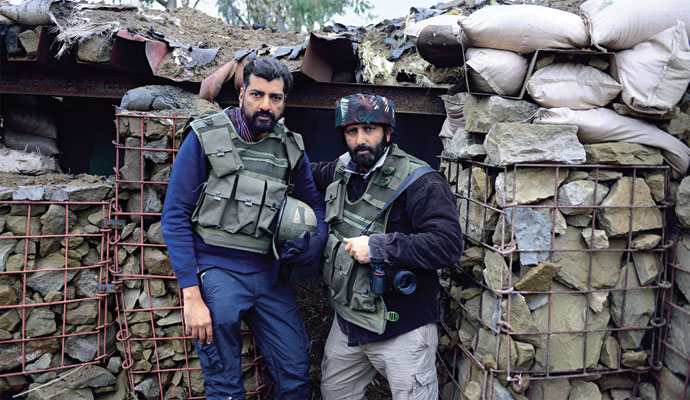 Executive Editor Sandeep Unnithan (L) with Principal Photographer Yasir Mattoo at a bunker on the LoC in Rajouri, Jammu & Kashmir.

Unnithan uncovers the Indian Army plan, in effect since 2014, of inflicting a slow battle of attrition on the Pakistani Army which is sending terrorists across. He underlines the strategy post the "surgical strikes" of September 2016, when the Indian Army decided to take a proactive stance, punishing the Pakistani army for pushing terrorists across the boundary, using heavy firepower, artillery, heavy machine guns and even tanks.

Our story examines whether this strategy will work, and whether it increases the risk of war. In additional reporting, Deputy Editor Asit Jolly analyses the situation in Kashmir which witnessed a huge public turnout for the funeral of Muhammad Ashraf Mir, who was killed by terrorists at the Sunjuwan military camp, while Group Editorial Director Raj Chengappa looks at the endgame between the two neighbours in the context of Prime Minister Narendra Modi’s diplomatic overtures to the Islamic world.

The PM’s recent West Asia outreach has shown his ability to de-hyphenate India’s relations with Israel and Palestine. The same has been done with China where the border dispute is put aside while trade flourishes and other aspects of diplomatic relations are normal. Now if only India could do the same with Kashmir and Pakistan and find a permanent cure to what PM Modi’s hero, Vallabhbhai Patel, once described as “a severe headache”. Especially as it is more than that now. It’s an open wound that needs urgent treatment.

#Indian Army, #Surgical strikes, #India-Pak
The views and opinions expressed in this article are those of the authors and do not necessarily reflect the official policy or position of DailyO.in or the India Today Group. The writers are solely responsible for any claims arising out of the contents of this article.