Why can't the courts be open 365 days a year like many other services?

When TS Thakur, the honourable chief justice of India, broke down in front of Prime Minister Narendra Modi at a conference on Sunday (April 24) in New Delhi, it was a sign of the desperate state that our judiciary finds itself in. It is quite difficult to believe that there is a backlog of three crore cases in India.

1. A ten-year plan to increase the strength of the judiciary five-fold

India has just 13 judges per million of its population. That's a very low number, while most developed countries have 50 and some even more than 100. What this means is that the first thing the government has to do is increase the number of judges.

What stops the government from launching a ten-year plan that will ensure five times more judges than we have now?

Raise the number of private law colleges and get in foreign legal firms if necessary.

We need to fast-track the filling up of vacancies at every level: law students, lawyers, magistrates and judges.

You can't do this right now because there is a severe shortage of judges. But it should be a long-term goal. We are still caught in the pre-liberalisation era where it was okay to shut offices after sunset and have skeleton services on weekends. 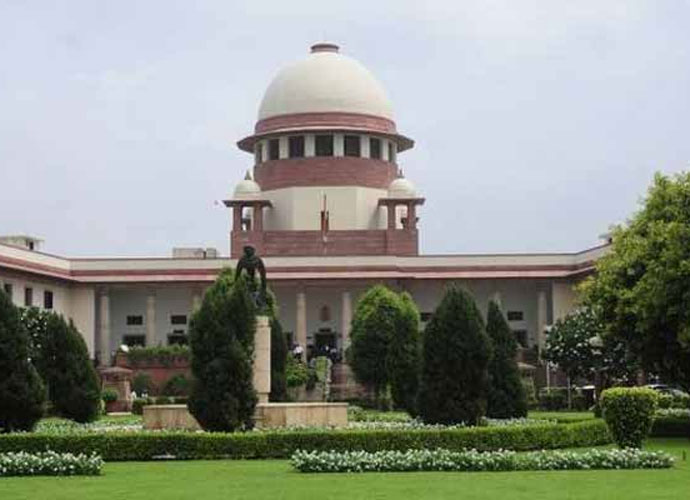 Why can't the Supreme Court have special benches across India so that the poorer citizens can have greater access?

Today the Indian citizen is active 24X7 and many services are open round the clock, round the year. Why can't we do the same with the judiciary? Why can't the courts be open 365 days a year like many other services?

We should also have a special "night shift magistrate" in every town that can handle emergency cases and not have people waiting till the courts open. We need out of the box solutions to escape from the mess we are in.

Instead of having a "lady justice" who is blindfolded, it is better to have one with her eyes open and arms free 24 hours a day.

3. A committee to counter stalling tactics

Shortage of judges is one problem, but the way certain lawyers stall cases is another. Someone is absent. Dates are missed. Medical emergencies crop up. There is some problem with paperwork. And so on and so forth.There is no great mystery in this and any average judge can tell you the modus operandi.

It is time this "open secret" was addressed head on. Have a committee of retired judges to find out the problems that lead to the stalling of cases, their remedies and go ahead and implement them.

There are some cases you know will go through the circuitous route of the sessions court, high court, Supreme Court and the presidential appeal process. This could take decades. Why waste so many court hours and get so many judges to look into the matter?

Such cases should be identified and sent straight to a fast track court. After that the appeal should go straight to the Supreme Court. The sessions court and high court can be totally bypassed.

There are many ordinary citizens who are satisfied with a sessions court and can go no further. They should have greater priority over the high profile cases which in any case end up disregarding both the sessions court and high court to end up in the Supreme Court.

Also, why can't the Supreme Court have special benches across India so that the poorer citizens can have greater access? Why does everyone have to go to Delhi for the final appeal? That also wastes a lot of time.

This is also important. When everything is being modernised, why should the courts be left far behind? Our courts should be fully digitised and technical experts should be brought in to streamline the whole process right from when a person files a case, to updating it, to the final verdict.

We can even have a group of editors to condense all verdicts and not be bogged down by long, rambling final judgments. What if our judges wore a military uniform? Would that increase efficiency? Desperate times call for desperate measures.

When we got independence in 1947, we retained a lot of archaic laws which made little sense then and make even littler sense now. Some laws which may have made sense then do not now. We have to do a major overhaul of "de-Britishising" of the system.

For example, we have Section 377 of the Indian Penal Code (IPC) that criminalises homosexuality. The number of gays in India is now very high as compared to 1947, but how many convictions do you hear about? Hardly any. It is used more as a tool of harassment. Why have such things?

Britain came out with the Sexual Offences Act 1967 that ended up decriminalising homosexuality. And here we are clinging on to a British relic even in 2016. Time to let go of all these British relics.

The citizens of India elect MPs and MLAs to represent them. The MPs and MLAs of the party/coalition that has a majority in the legislature forms the government. Elected governments appoint senior officials. But in the case of the judiciary, judges appoint themselves. Where in the world does that happen? The US president is free to appoint anyone to the US Supreme Court. Such a system has served the US well.

There are many vacancies which are currently left unfilled in India as a result of the executive-judiciary tussle. There is need to treat judicial appointments like those to any other government post and ensure that vacancies in the judiciary is filled promptly.

If you are a powerful citizen with a lawyer with good connections, then you can get any kind of cases admitted in court, which may, however, be thrown out at a later stage leading to a lot of time being wasted.

There should be clear guidelines issued to all judges on not accepting flippant cases.

The problem is that if the government acts urgently and drastically now, we may have a change only after five-ten years. That's how grim things are. But then the first drastic step has to be taken, whatever it is.

#Narendra Modi, #Supreme Court, #CJI Thakur, #Indian Judiciary
The views and opinions expressed in this article are those of the authors and do not necessarily reflect the official policy or position of DailyO.in or the India Today Group. The writers are solely responsible for any claims arising out of the contents of this article.