The dialogue has also underlined that Indo-US ties are on an upswing.

The first edition of the India-US 2+2 dialogue has once again underlined that Donald Trump notwithstanding, this bilateral relationship retains its positive trajectory. It was difficult to do this under the present circumstances where every small irritant is seen to be dismantling the underlying strength of India-US ties.

But the two nations managed to do a credible job. This is especially true of the Modi government which could have easily shelved the landmark COMCASA or Communications Compatibility and Security Agreement till after elections. Yet it took the risk and underscored that robust ties with the US are necessary even at a time when there seems to be a reset in Sino-Indian ties and Russian President will be visiting New Delhi next month. 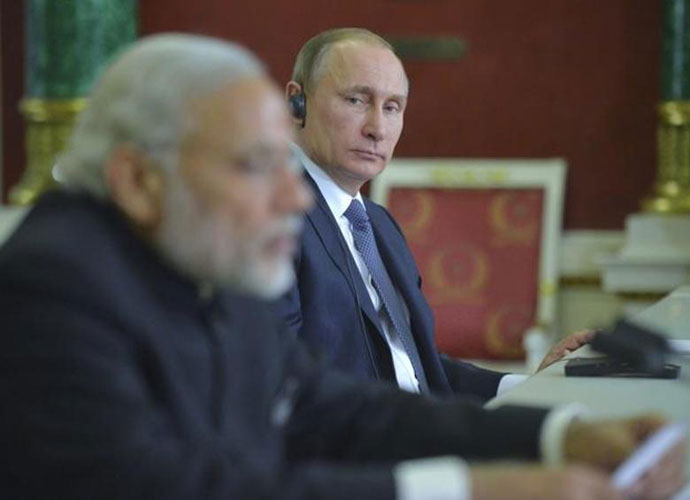 The dialogue with the US comes ahead of Russian President Vladimir Putin's India visit. (Photo: Reuters)

The inaugural dialogue touched upon all the relevant aspects from defence cooperation and trade ties to the changing contours of the Indo-Pacific and India’s entry into the Nuclear Suppliers Group. The two nations showed a concerted toughness towards Pakistan and called for an Afghan-led and Afghan-owned reconciliation process in Afghanistan. The divergences pertaining to Russia and Iran sanctions were craftily underplayed.

India shares an interesting relationship with the US. While many in India would like to pretend that New Delhi couldn’t care less about Washington, every sign emanating from Washington is also overanalysed. The reality is that India’s relations with the US have today matured enough that underlying structural and institutional variables can propel the bilateral relationship in a positive direction for quite some time. Both in India and the US, top political leaderships, cutting across party lines, are invested in making this relationship work.

Even a US presidency as transactional as Donald Trump’s has largely made all the right noises about India. Prime Minister Modi has argued that India and the US have overcome "the hesitations of history" under the Obama administration. He wooed the Trump administration during his initial outreach when he suggested that “the convergence of my vision for ‘New India’ and President Trump’s vision for making America great again will add new dimensions to our cooperation.” 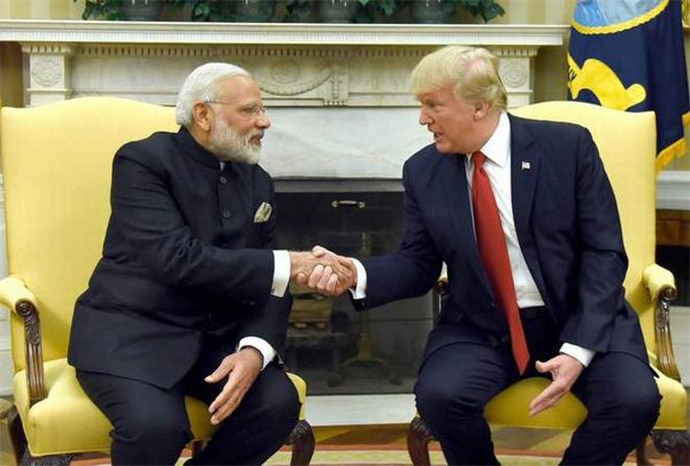 He managed to steer Trump towards the larger structural realities that have driven the India-US relationship since George W Bush declared that America would help India emerge as a global power. Trump’s South Asia strategy has also taken Indian concerns into account and his emphasis on the "Indo-Pacific" is in tune with Indian thinking.

There are indeed problems and in a relationship as broad and deep as India-US, that should be par for the course. There’s the persistent Iran question which has come to the fore with the US asking all countries, including India, to reduce oil imports from Iran to zero by November 4.

Indian companies will be facing sanctions if India fails to comply. The Trump Administration has taken a maximalist position on Iran and it is willing to brook no dissent in the matter.

India’s defence ties with Russia is another point of contention as India is in the process of purchasing S400 surface to-air missile systems from Russia.

As per the US law called "Countering America’s Adversaries Through Sanctions Act" (CAATSA), sanctions can be imposed on countries that engage in significant transactions with any of the listed 39 Russian companies. India has close defence ties with Russia and the Indian armed forces remain highly dependent on Russia — from cooperation on strategic technologies to supply of spares, maintenance repair and overhaul.

Trade is the third leg of this triad that is generating tension with the Trump administration pushing Delhi to lower its trade barriers. Trump has accused India (along with other major economies) of charging 100 per cent tariff on some of the US’ goods, threatening to cut trade ties with them. India has announced its retaliatory tariff on 29 US products worth $235 million to come into effect on August 4, in response to the US move to unilaterally raise import duties on Indian steel and aluminium. There have always been issues on which the US and India have been on the opposite sides. (Photo: Reuters)

Together these issues have raised the spectre of India-US ties once again going back to the good old days of recriminations and wrangling. But there have always been issues on which the US and India had been on the opposite sides. Even when the US-India civil nuclear pact was being negotiated, India’s ties with Iran were brought up by interested parties to derail the process. Today, when Iran has bounced back, India is not the only nation being targeted by Washington. On all the three issues of contention, the US is challenging the rest of the world and in all the three cases, India is not really the central player.

The Russia case is different and the Trump administration has also defended India at the US Congress, calling for an exemption for India.

While the Trump administration’s transactional approach is generating some turbulence in the India-US relationship, New Delhi retains the ability to confidently bear this out as the fundamentals of the relationship remain as strong as ever.

As a self-confident emerging power, India should take the lead in shaping the terms of engagement of its partnership with the US, rather than getting carried away by the surrounding noise. If the outcome of the recent 2+2 dialogue is any indication, New Delhi is learning this art quickly.

Post your comment
#Narendra Modi, #Donald Trump, #Diplomacy, #Indo-us
The views and opinions expressed in this article are those of the authors and do not necessarily reflect the official policy or position of DailyO.in or the India Today Group. The writers are solely responsible for any claims arising out of the contents of this article.