New Delhi’s refineries are uniquely suited to process Iranian crude and Tehran can no longer play the ‘oh but I have other suitors waiting’ game.

The Iran nuclear deal is dead. This is mostly good because it didn’t change much anyway, and like most things Barack Obama, was about substituting hope and marketing for cold hard policy. US President Donald Trump’s withdrawal from the deal and re-imposition of sanctions isn’t all hunky-dory though. The process is long, complicated and will not be smooth sailing as the president has effectively thrown the ball back in Congress’ court: a Congress whose members are prone to posturing and peacockery, and who refused to assume responsibility for their support or opposition to the deal.

From the US’ point of view, this timeframe provides sufficient scope to use Trump’s willingness to walk away from the deal to signal to North Korea that he’s a tough negotiator – as well as to sufficiently worry the Iranians to offer better terms.

The question, of course, is why would the Iranians offer better terms, given that only one party – the US – has pulled out? But the interdependency of Europe with the United States means that no European entity can do business with Iran anymore. For example, Iran’s latest purchases of Airbus aircraft are dependent on engines produced in the US, and should the full spectrum of sanctions come into effect, even these brand new planes will be unserviceable. Similarly, most oil, infrastructure and finance companies have huge stakes in the US, and continuing business with Iran will automatically bring US sanctions upon their heads.

In no cost-benefit analysis will any company or European nation choose Iran over the US.

So, while Europe may symbolically throw a few cookies at Iran, there is little they can realistically do. The biggest political loser in this game, it seems, is French President Emmanuel Macron, who was convinced he had, through his intellect and charm, convinced Trump to keep the Iran deal intact.

What is curious though is the actual losses are minimal. Iran’s entry or exit into the oil market was never a big deal immediately given that their extraction equipment is old and hasn’t been modernised, with their crude more suited to countries with similarly old refineries like India.

As the last two years have shown, the massive cost of modernisation alone would mean that Iranian crude suffered from a monopsony market, and was therefore limited to whom it could sell to, sanctions or no sanctions. 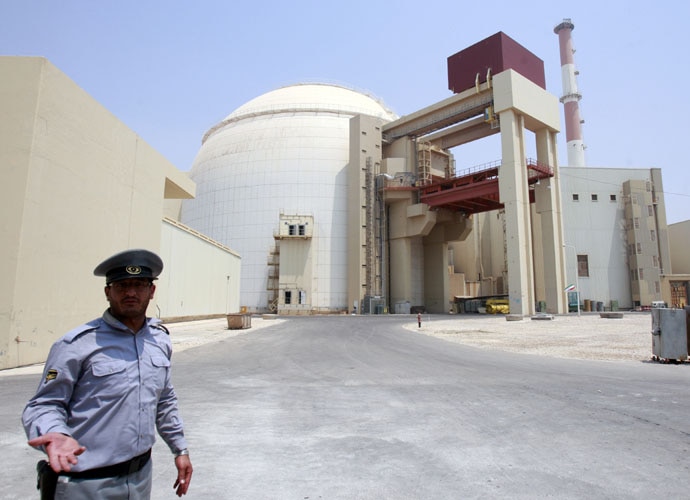 Similarly, years of sanctions meant a massive parallel economy had developed, mostly controlled by the Iranian Revolutionary Guard Corps and other powerful individuals who comprise the deep state therein. The sudden lifting of sanctions challenged the monopoly they had built up over the decades and they were adamant about not letting independent Iranians encroach into this space. This is one of the reasons why, despite the removal of sanctions, Iran’s economy has been moving from one crisis to another with a massive drop in the value of its currency. As such, the demise of the deal is the best thing that happened to the deep state in Iran.

This is also the best thing that could have happened to India. India’s refineries are uniquely suited to process Iranian crude and Iran can no longer play the “Oh, but I have other suitors waiting for me” game. It also means the negotiating advantage is now decisively with India and the barter agreement with Iran will have to be reinstated, which once again favours India.

What was unique about the sanctions was that even if India paid Iran in cash, Iran’s negotiating position was so bad that it had to accept Indian offers at less than market cost, simply to generate enough cash to keep its economy running, with the losses having to be absorbed by the Iranian state.

As such, even minimal compliance or non-compliance with new US sanctions causes damage to the Iranian state and enables India to keep both Iran and the US happy. Equally, it adds urgency to India’s Chahbahar connectivity programme, which India — if it plays its cards smartly — could use to supply US forces in Afghanistan with non-combat provisions, or at least sell it to the US.

Even in West Asia, these sanctions will have little or no impact. Iran’s support for Hezbollah and the Syrian government will continue unabated. This was one of the main complaints of the detractors of the Iran deal, that terrorism-related sanctions had been lifted in lieu of nuclear compliance, in effect, giving Iran a “licence to terrorism”.

Iran’s missile programme similarly had been continuing unabated: missiles that have absolutely no military value without a nuclear warhead. Supporters of the deal disingenuously and persistently avoided this question, repeatedly stating, “we are studying this problem’. So, where are we today? Almost exactly where we were two months ago, which was the same as one year back, which was the same as two years back. All up, the classic case of plus ça change, plus c'est la même chose.

#Nuclear deal, #India-Iran Business, #Donald Trump, #Iran Nuclear Deal
The views and opinions expressed in this article are those of the authors and do not necessarily reflect the official policy or position of DailyO.in or the India Today Group. The writers are solely responsible for any claims arising out of the contents of this article.