Fakhrizadeh was reportedly in charge of Iran’s covert nuclear weapons programme for over two decades and was also an officer in the Islamic Revolutionary Guard Corps.

On November 27, 2020, senior Iranian nuclear scientist Mohsen Fakhrizadeh was assassinated in Absard, a city 80 kilometres east of Tehran. Fakhrizadeh, also an officer in the Islamic Revolutionary Guard Corps (IRGC), was in charge of Iran’s covert nuclear weapons programme for over two decades.

In 2008, the International Atomic Energy Agency’s (IAEA) chief inspector had disclosed his role in what was later identified as Projects 110 and 111, or Project AMAD — the Iranian project to miniaturise and ruggedise an atomic bomb to fit atop a missile. Documents stolen by Israel’s Mossad from Iran in 2018 had also detailed his role in Iran’s quest to develop a deliverable nuclear weapon. 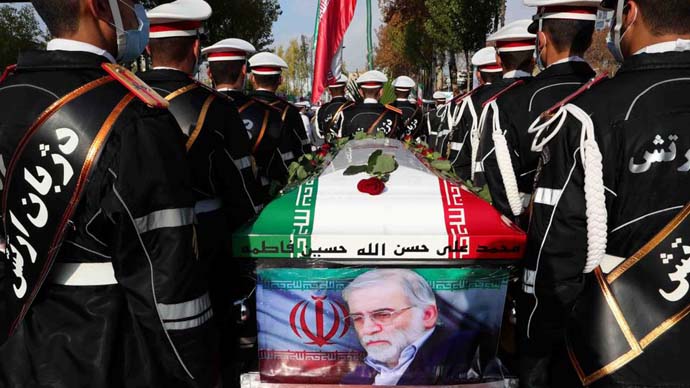 How was Fakhrizadeh killed?

Early reports had hinted that a pickup van was detonated on the road, after which Fakhrizadeh’s four-car convoy was ambushed by 10 to 15 armed men. However, subsequent reports, particularly by Ali Shamkhani, IRGC General and Secretary of Iran’s Supreme National Security Council, clarify that Fakhrizadeh was killed with a remote-controlled machine-gun turret mounted on a Nissan pickup truck. The turret started firing at the car carrying the scientist and his wife from a distance of about 160 metres. On hearing the firing, Fakhrizadeh got out of the car and was hit. Thereafter, the pickup truck self-destructed in a massive explosion.

It was a perfect deniable operation. There was no operative to capture and the explosion blew away all evidence of who may have carried out the attack.

Remotely controlled/fired weapon systems are neither novel nor entirely new. They were first used, in a crude form, in World War I, with crews tying a machine-gun on a ‘Fixed Line’ and firing it from inside a trench using a lanyard. World War II saw crew members remotely operating gun-turrets on the B-29 bombers with General Electric’s Central Fire Control System. Presently, all modern combat aircraft incorporate remotely-fired weapons. This was followed by their deployment on advanced armoured vehicles. These use TV camera-linked remote weapons, which allow small arms mounted outside the armour to be accurately manoeuvred and fired by the crew inside without exposing themselves.

Then came the Unmanned Combat Aerial Vehicles (UAV) like the missile-carrying Predator/Reaper/Gray Eagle. They were launched locally, but everything else — take-off, flight, targeting, weapon-release, landing — was handled by crews sitting in the continental USA.

Thus, it was just a matter of time before the remote-firing model in the sky was replicated on the ground. All it needed was a secure Wi-Fi or internet link to place a large distance between the TV camera-plus-pan/tilt motorised unit-plus-weapon of the kind installed in many armoured vehicles, and the operator. This concept was clearly illustrated in the movie The Jackal (1997). It is plausible that terrorists and insurgents in the Levant learnt from this. In 2013, there were reports of the Free Syrian Army using ‘improvised robot weapons’ – an Stg-44 assault rifle on a motorised platform and operated through a tablet.

In July this year, Israel had displayed “Smart Hopper”. Weighing about 15 kgs, the Smart Hopper can be integrated into an existing ‘Command, Control and Communications’ system for remote-controlled operations. It seems that Fakhrizadeh was targeted with such a weapon. This is not the first time that an Iranian nuclear scientist has been assassinated. Israel, keen to degrade and retard Iran’s nuclear programme, had critically examined the option of bombing Iran’s nuclear facilities. However, there were some impediments. Firstly, Israel would have to overfly countries like Jordan, Syria, Iraq and/or Saudi Arabia, who may not like to be part of Israel’s plan.

Second, Iran, drawing lessons from Israel’s strike on Iraq’s Tamuz-1 reactor site at Osiraik (Operation Opera/Babylon in June 1981), had hardened and buried deep many of its nuclear facilities.

Third, with the size four times of Iraq, Iran had also dispersed its nuclear program across this width and depth. And Israel did not have a force large enough to launch a massive, near-simultaneous, pre-emptive attack on almost all of Iran’s nuclear facilities. For that, it required the US to participate and back up that attack, and the latter wasn’t willing to do so. This led Israel to the option of targeting Iran’s scientists, engineers, technologists and other brains involved in the nuclear program. This held an advantage: technical facilities can be resurrected, but training fresh manpower on nuclear tasks takes immense time. 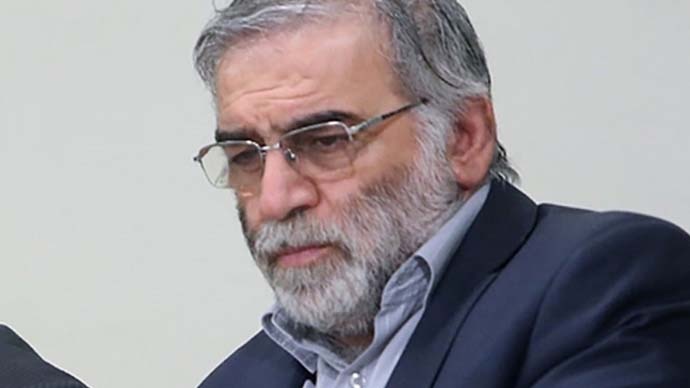 Mohsen Fakhrizadeh was in charge of Iran’s covert nuclear weapons programme for over two decades and also an officer in the Islamic Revolutionary Guard Corps (IRGC). (Photo: Reuters)

Ronen Bergman, an Israeli investigative journalist, details in his book — Rise and Kill First: The Secret History of Israel’s Targeted Assassinations — of how a five-pronged top-secret plan was conceived in 2003, which included targeted kill­ing of key figures in Iran’s nuclear program. Between 2010 and 2012, at least four Iranian nuclear scientists were killed, while another was injured — all allegedly by Israel’s Mossad. All these killings were carried out by operatives using guns or attaching explosive devices with magnets to the targets’ cars. This had led to the Iranian government arresting a number of people ostensibly involved in those killings.

In 2012, former US President Barack Obama, keen to finalise a nuclear deal with Iran, warned Israel to desist from further hits. The Joint Comprehensive Plan of Action (JCPOA) was signed in 2015. However, Obama’s successor, President Trump withdrew the US from it in 2018. He also imposed stringent sanctions on Iran in an effort to force it back into negotiations, which Iran refused.

No one has claimed Fakhrizadeh’s killing yet. Israel’s intelligence minister Eli Cohen has denied knowing who is responsible for the killing. White House and CIA have declined to comment.

A chronology of related events would be instructive in this regard. President Donald Trump had, on November 12, 2020, asked his senior advisers for military options to hit Iran’s main nuclear site at Natanz. However, he was warned that such a strike may escalate into a broader conflict in the weeks ahead. On November 19, US Secretary of State Mike Pompeo visited Israel and reached Saudi Arabia on November 22. Reportedly, Israeli Prime Minister Benjamin Netanyahu also arrived there secretly, where he met Crown Prince Mohammed bin Salman and Mike Pompeo. Saudi Arabia, however, has denied that Netanyahu made that trip.

Although Fakhrizadeh has long been on Mossad’s hit list and is the first major figure to be assassinated with this new method, what is significant is the timing. It seems that this killing is deliberately aimed at provoking Iran — the country has already vowed revenge and renewal of uranium enrichment — and thwarting any plans by President-elect Joe Biden to revive the 2015 JCPOA.

To sum it up, with January 20, 2021 (when President-elect Biden will assume office) still far away, it is plausible that the Trump-Netanyahu combine may provoke Iran further, aggravating the ongoing instability in the Middle-East, which in turn has the potential to affect energy supplies. Furthermore, with remote-controlled warfare proliferating, it’s not just UAVs that one needs to watch out for.

Also Read: What India stands to lose in the US pulling out Iran nuclear deal

#US-Israel ties, #Amad project, #Mohsen fakhrizadeh, #Irannuclearprogramme
The views and opinions expressed in this article are those of the authors and do not necessarily reflect the official policy or position of DailyO.in or the India Today Group. The writers are solely responsible for any claims arising out of the contents of this article.

The writer is a retired Brigadier from the Indian Army.