The Indian Express sting operation on the Ishrat Jahan investigation, carried as a lead story on the front page in today's (June 16, 2016) edition of the newspaper known for its investigative journalism, nails what most of us, who have been working and reporting on this case for years, have been saying for long.

That the truth has been the biggest casualty in the political blame game in the extrajudicial murder of the 19-year-old girl from Mumbra, Thane, Ishrat Jahan.

Page one of the Indian Express carries a sting audio transcript of the additional secretary, home ministry, BK Prasad, who has been a key figure in the controversy surrounding the missing documents in the Ishrat Jahan investigation. He is heard tutoring the witness Ashok Kumar, who was the former director in the home ministry, to say that he hasn't seen the said documents.

Two weeks ago, my book Gujarat Files, which is an eight-month undercover investigation into the fake encounters in Gujarat, the riots and the Haren Pandya murder case was released. It has top-most officials and bureaucrats of the then Modi government in Gujarat, who were involved in various capacities in the investigation, asserting uncomfortable truths about the Narendra Modi-Amit Shah regime in the state.

Posing as Maithili Tyagi, an NRI student of the American Film Institute Conservatory, I "stung", among other people, Rajan Priyadarshi - the former chief of ATS in Gujarat, and GL Singhal, the man who shot Ishrat Jahan.  In a damning confession, Rajan Priyadarshi tells me that Amit Shah confided in him that Ishrat Jahan was in his custody two days before she was shot dead. 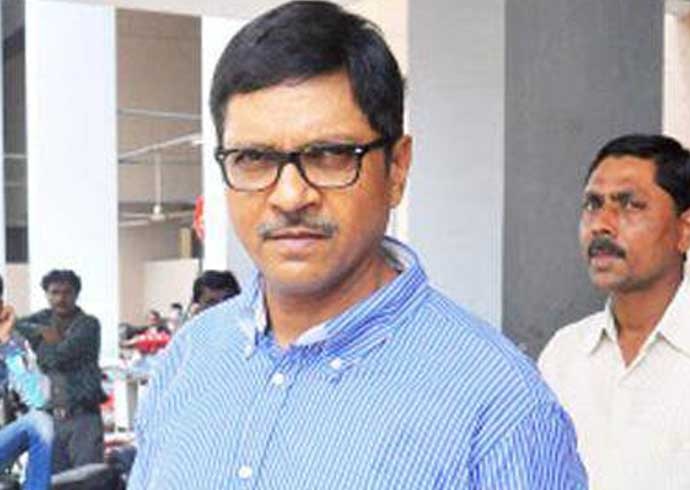 But more damning here is the excerpt of the Girish Singhal conversation, wherein he ends up talking about the Ishrat Jahan fake encounter and its subsequent investigation. When I stung Girish Singhal in 2010, he was in-charge of the Gujarat ATS.

Interestingly, Singhal is the same officer who gave a tape to the CBI in 2013, in which topmost Gujarat officials, including state top cops, the chief secretary and the additional solicitor general are heard obfuscating the SIT probe in the Ishrat Jahan murder case.

The veracity of my book was proved when both Rajan Priyadarshi and GL Singhal accepted the content (which has the transcript of the conversations they had with me) and told newspapers that they had indeed met a girl called Maithili Tyagi in 2010.

Neither of them has denied the conversation that took place with me, which is recorded in a secretly taped audio-video cassette. Ishrat Jahan was killed in a fake encounter, along with three others, on June 15, 2004 by high-profile Gujarat cops.

Q) I met Rajan Priyadarshi, the person you had asked me to speak to as a Dalit.

A) Oh, you know I have served in various positions and with almost all possible officers in the state. I am in the middle of the hierarchy so I think I’ve worked with everybody but I don’t think I’ve ever come across somebody like him. He is the most upright officer. He is an officer who knows everything about policing.

Q) And he said the government wanted him to compromise but he never did?

Q) Is it really difficult to not compromise and still be a part of the system.

A) Once you compromise you have to compromise with everything, yourself, your thoughts, conscience.

Q) And is it difficult for an officer in Gujarat to live with his conscience?

A) Yes, yes. And when a senior officer who has an understanding of the law compromises, then it becomes difficult.

Q) That’s what happened with you? How much did you have to fight ?

A) There are certain people who will try and put up a fight. There are those who will keep fighting till the time they die. Priyadarshi is one of them.

Q) What about you?

Also read: The political murder of Ishrat Jahan 12 years after her encounter

Q) But does the system support you?

A) No, not in the least. I am Dalit but I can do everything like a Brahmin. I know my religion, much more than them, but people do not realize this. If I am born in a Dalit family, is it my fault?

Q) And has it ever happened that in spite of serving them, when it comes to your promotions, you are not given it because of your caste?

Q) Is your senior a Dalit too?

A) No, but I am managing, I am indispensable for them, I have countered cases of terrorism for them. But yes they do their bit, at times they will send me to do a job that can be done by constables.

Q) Usha [Rada, more on her in Chapter 5] was telling me that you were also embroiled in some controversy?

A) In 2004, we had encountered four people. Two were Pakistanis, and two were from Mumbai. And among them one was a girl, her name was Ishrat, it’s a very popular case. The High Court has directed to investigate what kind of encounter it was, fake or genuine.

A) Because I was there, in that encounter.

A) See, all these human rights commissions it’s all what they do. You know certain cases are difficult and you have to tackle them differently. Look at what America did post 9/11. There was a place called Guantanamo. They were kept there, detained, tortured. Magar theek hai na. Not everybody is tortured. There are 10 per cent who have been tortured and even if they have not committed anything, 1 per cent may be wrong. So this has to be done to save the nation, to save the country.

Q) So who were these people, Lashkar terrorists?

Q) I mean all of you Vanzara, Pandian, Amin, Parmar and most of the others are all lower caste. All worked at the behest of the state in whatever you did. So, it’s like a use and abandon thing?

A) Oh yes, all of us. The government doesn’t think this. They think we are used to being bound to their word and [ready to] fulfil their requirements. Every government servant, whatever he does works for the government. And then both the society and the government don’t recognise you. What Vanzara has done, [but] nobody stood by him.

Q) But Sir, whatever you guys did, it was at the behest of the government, the political powers, so why don’t they....?

Q) But Priyadarshi [his senior] was not close to the government?

A) He was close to the government, but every time they would ask him to do something wrong, he would refuse to do so.

Q) Yeah, he told me that they had asked him to do an encounter, including Mr Pandian. But he refused?

A) Pandian is also behind bars although I don’t know much about his background.

Q) How did he get so close to the HM?

A) Yes, he was in the intelligence department before being in the ATS.

Q) See, I know that both the CM and HM are doing things for themselves? So are things easy for you now?

A) Certain things are not in our hands. We have done things for the system.

Q) Are you on the radar or is your case done?

A) The case is going on. Very much.

Q) So, is the state helping you or not?

A) See, whether it’s the Congress or the BJP, political parties are political parties. They will first see their benefit, under what circumstances they can extract something. In our case they are helping, but also trying to see what they will get or not get, if it backfires then what will they gain from it. 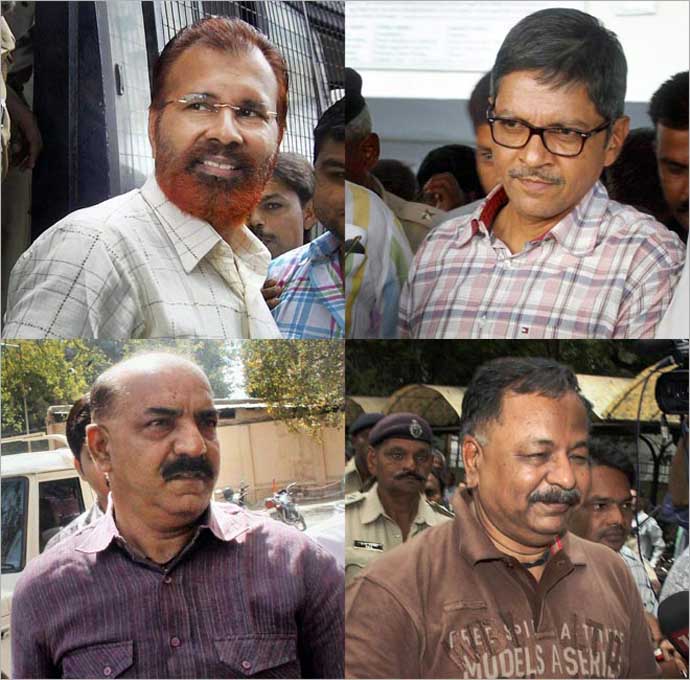 A) Look at the people who are investigating our encounter, Karnail Singh who was the joint Commissioner of Police in Delhi for the Special Cell who has been transferred to Mizoram. During his tenure, 44 encounters took place. And he is now the chairman of our SIT. Then there is an officer called Satish Verma, who boasts of being a followerof human rights [but he] did some 10 encounters. He seems to suggest he is a clean one.

Q) What will be the logical end?

A) Let’s see, nothing will come out.

Q) But you and a lot of other officers were also involved in the Sohrabuddin case right?

A) Oh yes, she did a very good investigation and later Rajnish Rai. They did a good job. They arrested some 13 people by themselves.

Q) But what’s with this Amit Shah thing. Also I hear about your officers... I mean there is some kind of officer-political group especially vis a vis encounters. I got this feeling as I got to meet a lot of other ministers.

Q) How does he manage to remain unscathed then, including your case, why has he not been indicted in the same case?

A) Because he does not come [as in, appear] in the picture directly. He gives orders to bureaucrats.

Q) By the same benchmark, if Amit Shah was arrested in your case, then the CM should also have been arrested?

A) Yes. In 2007, just after the officers were arrested for the Sohrabuddin encounters, Sonia Gandhi was here and she called the officers Maut Ke Saudagar. After that Modi, went out shouting at every meeting ‘Maut ke saudagar? Sohrabuddin kaun tha, usko maara toh achcha hua ke nahi hua?’ And after that he got a thumping majority. See, he got what he wanted.

Q) And the officers through which he got it done, he is not helping them now?

A) Nahi, they are all in jail.

Q) Did he ever question you about your encounters?

Q) But will your Shah Saheb now come back to the Home department?

A) No, he won’t be able to, because CM ko usse dar lagta hai, kyunki woh home department mein bahut popular ho gaya tha. He knows the weakness of the government, so the CM will not want any HM to know everything and be there.

Q) So the CM and the HM do not see eye to eye now?

A) No, this CM, Modi jaise abhi aap bol rahe the, who opportunist hai. Apna kaam nikaal liya, sab got his work done.

Q) So how many encounters have you done, besides this one?

Q) All prominent ones, can I know? 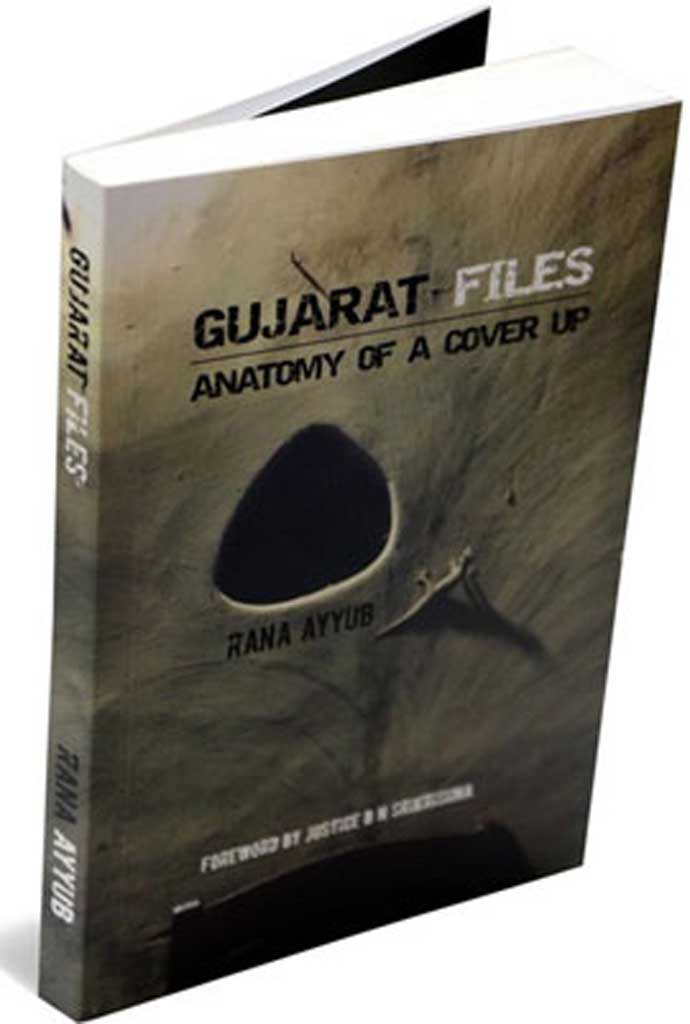 Gujarat Files: Anatomy of a Cover Up, by Rana Ayyub; Rs 295.

#GL Singhal, #Narendra Modi, #Gujarat Files, #Ishrat Jahan
The views and opinions expressed in this article are those of the authors and do not necessarily reflect the official policy or position of DailyO.in or the India Today Group. The writers are solely responsible for any claims arising out of the contents of this article.

The writer is an award-winning journalist and political writer. She is working on a book on Narendra Modi, which will be published in 2015.