It was just the first phase of Chhattisgarh Assembly election. But democracy has already won

The high turnout was a significant success given the influence of the Left-wing extremism in the region.

A picture speaks a thousand words.

When it is a picture of the Chhattisgarh voters standing in a long queue waiting for their turns to cast their votes, it speaks more than a thousand words — each of these words resonating with hopes for a better future. 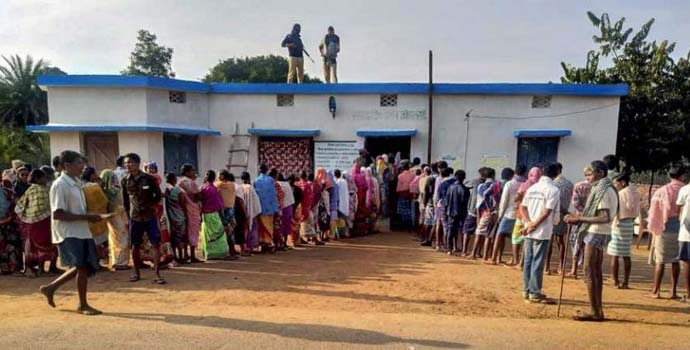 The peaceful conclusion of the first phase of Chhattisgarh elections in 18 out of 90 constituencies on November 12 has sent across a positive message indeed. Except an encounter in Bijapur, killing three Maoists and injuring five Cobra jawans, nothing else was reported.

It was a significant success, given the influence of the Left-wing extremism, particularly in Dantewada, Bastar, Kanker and Rajnandgaon.

About 700 companies of paramilitary forces ensured peaceful elections resulting in a higher turnout of voters at polling booths, which was a big jolt to the Maoists, who had threatened people with consequences, if they went out to vote. The campaigns to desist voters from exercising their democratic rights were on full swing — there were posters, banners everywhere.

But, ballot won over bullet.

In Manpur area of Rajnandgaon district, there were campaigns to boycott elections.

But Manpur’s Kesari and Bablu were no more afraid of these threats.

Forty-two-year-old Kesari, who came to cast her vote in a polling booth in Rajnandgaon, said to India Today that exercising her voting rights to choose a better future mattered more to her than the Maoists threats.

“There are adequate security measures in the booths which encouraged us to come out and vote,” said Bablu.

In LWE-influenced Madenda village in Dantewada, long queues were visible outside the polling booths. It was hard to believe that the same voters were threatened by the Naxals that they would lose their fingers, if the ink mark was seen.

An incident of an IED blast was reported from Dantewada. Subsequently, the CRPF found an active IED near a polling booth in Sukma. The election officers didn't give up. A makeshift polling booth was set up under a tree.

The gameplan of the Naxals were foiled after a large number of villagers in Konta turned up at the makeshift polling booth to use their constitutional rights. 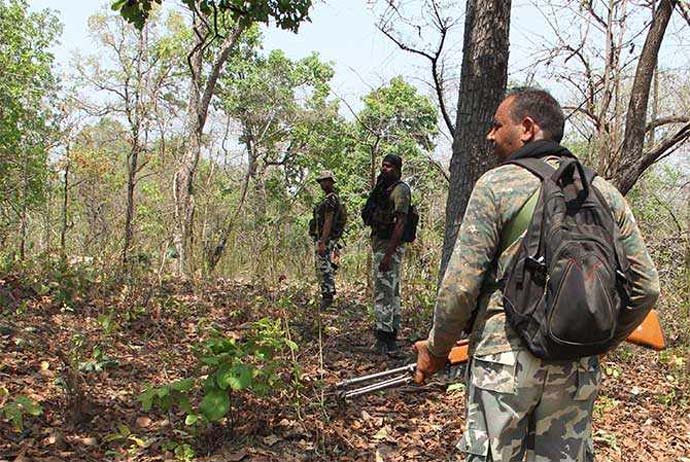 The credit could be given to the forces and the Election commission for adequate arrangements to ensure safe polling, but more than anyone, the voters of Chattisgarh deserve a pat on their back.

Locals have always been the soft targets of the Naxals. Naxalism has been the core issue in the state. But despite their influence, inimical threats, the people of Chattisgarh chose ballot over bullets with courage.

Energy and enthusiasm among these voters must have hit the Left-wing extremists hard, as their core idea to terrorise people has gone for a toss.

Chhattisgarh has clearly set the example of a strong democracy.

Also Read: Madhya Pradesh, Chhattisgarh and Rajasthan: Why BJP's prospects in 2019 will hinge on these high-stakes battles

#Naxal, #Left-wing extremism, #Maoists, #Chhattisgarh Assembly elections
The views and opinions expressed in this article are those of the authors and do not necessarily reflect the official policy or position of DailyO.in or the India Today Group. The writers are solely responsible for any claims arising out of the contents of this article.