David Lange to Jacinda Ardern, how New Zealand is transferring power to millennials

New Zealand seems to have embraced the idea of political power transfer to millennials, who prioritise environmental protection and the greater good of society.

The incumbent Prime Minster Ardern went into the election as the country united under her leadership to fight the Covid-19 pandemic that shut down most of the world. In August 2020, New Zealand became the first developed country in the world to reach more than 100 days without recording locally transmitted Covid-19 cases. 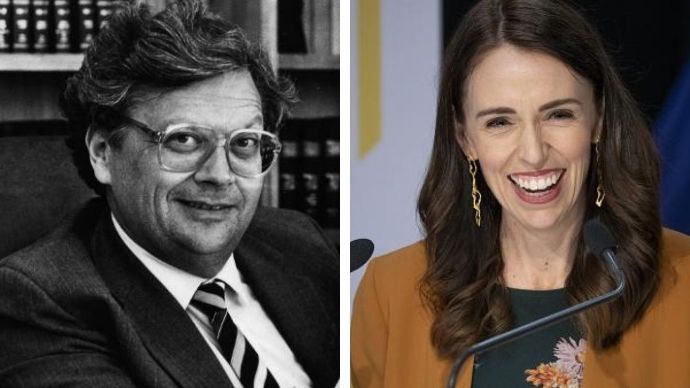 36 years ago, David Lange made history by becoming the youngest Prime Minister of New Zealand, in the 20th century, at the age of 41. Lange's Labour Party fought the election on a transformation manifesto for New Zealand, which included the promise of enacting anti-nuclear legislation banning all ships carrying nuclear arms from entering New Zealand waters in the Pacific. Lange won the race to form the government against the right-of-centre National Party led by three-term Prime Minister, Robert Muldoon. He quickly positioned New Zealand out of the shadows of its neighbour, Australia, and banned French ships from carrying nuclear waste into New Zealand’s waters.

It was a watershed moment in the history of New Zealand when Lange refused to release the French foreign intelligence service agents charged with the murder of an environmental activist in Auckland. The agents later pleaded guilty for the murder of a crew of Rainbow Warrior — the flagship of the Greenpeace (the environmental activism organisation) fleet. Rainbow Warrior was moored at Marsden Wharf and was on her way to protest France’s atmospheric nuclear testing in Mururoa, an atoll located around 4,000 kilometres to north-east of New Zealand. David Lange called it a “sordid act of international state-backed terrorism.”

Lange risked losing the military protection of the US under the tripartite Australia-New Zealand-US (ANZUS) treaty when his government enacted nuclear-free legislation. Under the New Zealand Nuclear-Free Zone, Disarmament and Arms Control Act 1987, the territorial sea, land, and airspace of New Zealand became nuclear-free zones. The US responded by downgrading its security ties with New Zealand.

David Lange, the Prime Minister of New Zealand, stood up against the nuclear-armed bullies of the world. Till this day, successive prime ministers of New Zealand from both parties continue to pursue New Zealand’s international diplomatic policy of total nuclear-arms disarmament.

Jacinda was seven years old then. But not much has changed since then in the nuclear-arms race, and presently North Korea and Iran are close to becoming the newest members of the nuclear-arms club of the world.

Jacinda is a career politician. Thrice she was defeated in general elections of 2008, 2011 and 2014, before winning in 2017 when she became New Zeeland’s youngest woman Prime Minister at the age of 37.

Soon after came the Christchurch mosque terror attack in March 2019 that killed fifty New Zealanders, and shook a peaceful country of around 4.6 million people. Jacinda, the girl who grew up in the country town of Morrinsville, and who missed out in the casting of Lord of the Rings, stood out as a tall leader among small men using gruesome acts of terror to build up political power, playing one religious community against the other. She said those killed and injured were “us, the New Zealanders”.

She did not do what her counterparts in India and US did when such terror attacks occurred. She diligently refused to utter the name of the terrorist even once; she declined to name the citizenship or the religion of the terrorist. When US President Trump phoned Jacinda and asked her what support the US could provide to New Zealand, she asked Trump to “give sympathy and love for all Muslim communities”. Later, when an Australian lawmaker suggested a link between Muslim immigration and violence, she called it a “disgrace.”

While David Lange stood apart from the crowd in advocating for the nuclear disarmament of the world, Jacinda Ardern positioned New Zealand away from populist, communal politics. She celebrated diversity and built her political strength on the unity of the country, as opposed to divisive politics based on race and religion.

In the aftermath of the shooting, Jacinda addressed the UN General Assembly, and argued for kindness and collectivism, in contrast to Trump’s call for America’s embrace of patriotism, and rejection of globalisation. The millennial Jacinda stands out among other state leaders, who hold narrow views of nationalism, and continue to ignore the grave challenges of climate change in a connected, digital world without boundaries.

Jacinda appeared on Stephen Colbert’s popular late-night talk show in the US and won the hearts and minds of Americans as someone who is everything that Trump is not. She cleverly promoted New Zealand tourism on the show. Later in the year, Stephen Colbert travelled to New Zealand, where the Prime Minister promptly picked up the comedian from the airport. After a barbeque in the backyard of her house, Colbert offered his services to officially marry the live-in couple Jacinda and Clarke, as an authorised marriage celebrant. Clarke said to Jacinda, “We would talk about it later.” The millennial couple are still unmarried, and, as a Kiwi friend jokingly said, “The PM is living in sin.” Clarke cooked fish and treated the media contingent that thronged in front of their house in Auckland on the election eve.

Also Read | Christchurch Mosque Attack: New Zealand's women came up with the grandest of all gestures against Islamophobia

#Christchurch terror attack, #Jacinda ardern, #David lange, #Newzealand
The views and opinions expressed in this article are those of the authors and do not necessarily reflect the official policy or position of DailyO.in or the India Today Group. The writers are solely responsible for any claims arising out of the contents of this article.