Why Pakistan’s reactions to ICJ judgment are hallucinations

The ball remains in Pakistan’s court, and its leaders may still score self-goals by persevering in their costly course in Jadhav’s case.

Prime Minister Narendra Modi’s decision to approach the International Court of Justice (ICJ) on Kulbhushan Jadhav’s case could be characterised as out-of-the-box diplomatic thinking to deal with a pressing issue involving an Indian national arrested by Pakistan in dubious circumstances for espionage and terrorism.

Jadhav was not allowed consular access, was tried by a military court in secret and sentenced to death. The possibility of his execution was real. The situation required some pre-emptive initiative that would prevent the worst from happening, and hence the decision to move the ICJ on the ground that Pakistan had violated the Vienna Conventions and other provisions of international law.

The government’s decision was risky, however much we felt that we had a good case. The ICJ may be a judicial organ of the United Nations but, unlike the courts in democratic countries, it is not free from politics. PM Modi's decision to involve the ICJ in the Jadhav case can swing either way. (Photo: ANI)

The ICJ judges represent different nationalities and are influenced by national perspectives in dealing with issues before them. Opinion gets divided and the tendency is to be evenhanded and not clearly favour either contending party.

Other than the imponderables when any court is approached, in Jadhav’s case the decision was counter-intuitive. Our long-standing policy has been to deal with differences with Pakistan bilaterally and avoid internationalising them, given our unhappy experience with the UN in the past.

The international community tends not to take sides on India-Pakistan issues, persuaded that rights and wrongs are shared by both countries. Because Jadhav’s case was projected by Pakistan as one involving terrorism, and Islamabad had launched an international campaign based on “proof” and Jadhav’s “voluntary” confession, one could have anticipated some equivocation by the ICJ judges so as not to appear to be indirectly condoning “terrorism”. In the event, India’s risky bet proved remarkably successful.

The Modi government can take legitimate satisfaction and credit for the result. Our case has obviously been very effectively argued by our lawyers at The Hague. The ICJ judgment has been 15 to one in India’s favour.

The lone dissenting judgment is that of the Pakistani judge, which only underlines the point that ICJ judges do not necessarily take dispassionate legal positions and are influenced by the politics of the country they belong to.

India has won on every count. Pakistan challenged the ICJ’s jurisdiction and lost. 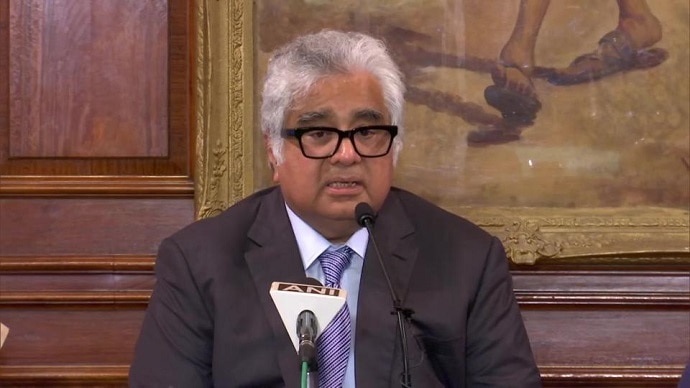 Senior advocate Harish Salve, who represented India at the ICJ, charged only Rs 1 as his fee. (Photo: ANI)

The court held that Pakistan had violated the Vienna Conventions by denying Jadhav consular access, which India had been demanding through numerous diplomatic notes.

Importantly, in terms of international law embodied in the Vienna Convention, the Court has held that neither allegations of espionage nor any bilateral agreement between Indian and Pakistan on consular matters detract from the obligation under the Convention to grant consular access.

This has far-reaching implications with respect to the treatment of so-called spies who supposedly lose the protection of law once caught.

In a stinging rebuke to Pakistan, the court has held that Jadhav was not informed of his rights and that India was not informed about his arrest. The ICJ rejected Pakistan’s argument that India had breached its international obligations or was guilty of unlawful conduct. It ruled that Indian consular officers be given access to Jadhav and be allowed to arrange for his legal representation.

Most importantly, the ICJ has called on Pakistan to stay Jadhav’s execution and take all measures to effectively review and reconsider his conviction and sentence, the modalities of which have been left to Pakistan.

Pakistan had made Jadhav’s case ‘Exhibit-A’ with regard to India instigating terrorism in Pakistan. It had shared dossiers on India’s misdeeds with key UN members, with a view to blunting India’s offensive against Pakistan as a state sponsor of terrorism by painting India with the same brush.

Appreciate ICJ’s decision not to acquit, release & return Commander Kulbhushan Jadhav to India. He is guilty of crimes against the people of Pakistan. Pakistan shall proceed further as per law.

That strategy has received a serious blow with the ICJ judgment. If the ICJ has given relief to Jadhav despite charges of terrorism, it badly vitiates Pakistan’s case against him.

The Jadhav case will now come out in the open, the evidence Pakistan supposedly has will be challenged and tested in court, and the circumstances in which he was captured will be revealed.

All this is very risky politically for Pakistan, especially as its military is involved. Releasing Jadhav as a political gesture would seem hard after the precipitate release of Wing Commander Abhinandan Varthaman after Balakot and internal propaganda against Jadhav’s misdeeds. An exchange of prisoners is possible, but against whom in Indian custody?

We welcome today’s verdict in the @CIJ_ICJ. Truth and justice have prevailed. Congratulations to the ICJ for a verdict based on extensive study of facts. I am sure Kulbhushan Jadhav will get justice.Our Government will always work for the safety and welfare of every Indian.

The reactions in Pakistan to the ICJ judgment are hallucinating, so far off from reality as they are.

To argue that the ICJ judgment is in Pakistan’s favour shows a deep sense of frustration. The ball remains in Pakistan’s court, and its leaders may still score self-goals by persevering in their costly course in Jadhav’s case.

Also read: Why India isn’t the only winner in the Kulbhushan Jadhav verdict