JeI is being punished for the wrong policies of separatists.

The crackdown on the Jamaat-e-Islami (J&K) group in Kashmir continues with more than 450 activists arrested, of which more than 200 reportedly belong to the restive South Kashmir region. If this was not enough, the government has also declared the JeI as an 'unlawful organisation' under the Unlawful Activities (Prevention) Act (UAPA). 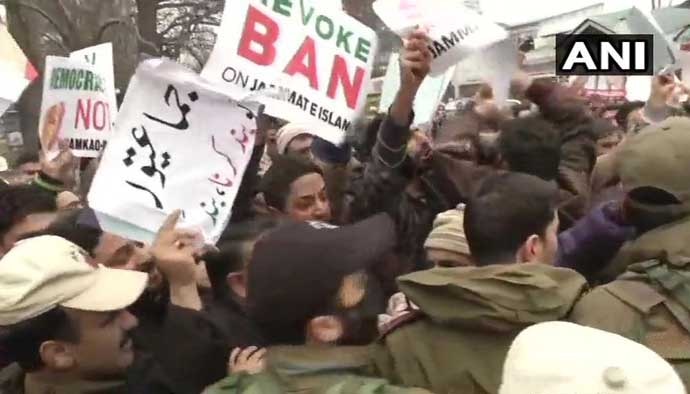 Banning JeI: The decision has already riled up many Kashmiris. (Photo: ANI)

After the declaration, the tehsil, district and head offices of the JeI are being sealed by revenue and police officials. The move has evoked sharp criticism from the political and non-political spectrum alike in Kashmir. Political leaders, including Omar Abdullah and Mehbooba Mufti, came down heavily on the Centre for this move as they see it as muzzling dissenting voices. In my view, banning JeI is definitely barking up the wrong tree.

Why is GoI so uncomfortable with Jamaat e Islami? Radicalised Hindu groups representing fringe elements are given carte blanche to spread misinformation & vitiate the atmosphere. But an org that has worked tirelessly for Kashmiris is banned. Is being anti BJP anti national now?

Jammat-e-Islami, being a socio-politico-religious organisation, has a substantial base in Kashmir. The JeI not only has educational institutions across Kashmir but it has also a well-devised charitable trust to help orphans, widows and the poor financially. Its educational influence isn't limited to teaching religious texts — a number of modern subjects taught in any CBSE or JKBOSE school are also taught in Jel institutions.

The politico-religious role of the Jamaat (JeI) is one aspect but there is also the social aspect. The recent ban is having a major social impact which isn’t being taken in to consideration.

Banning the JeI would mean risking the careers of hundreds of thousands of these students who know nothing about JeI but simply study in these schools. When these innocent students have their future at stake, won't that brew an element of alienation in them?

This would certainly be a counter-productive exercise. 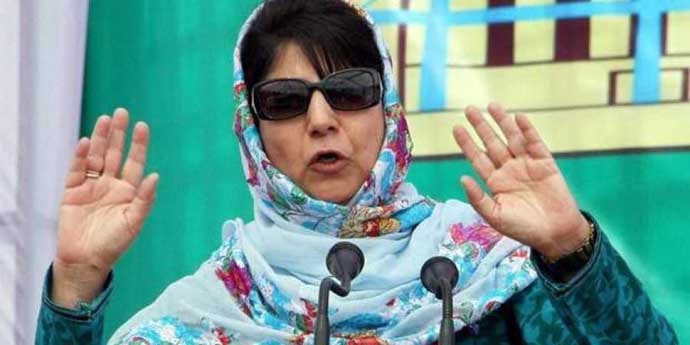 JeI was part of mainstream politics, overtly and covertly — it was even said to tacitly help Mehbooba Mufti's PDP. (Photo: PTI)

The more important factor that should have been weighed before justbanning the organisation was how this 'unlawful organisation' was permitted to contest local Panchayat elections in 1969, when local elections were fought on a non-party basis. This same organisation has also contested the General Elections of 1971, the State Assembly elections of 1972 and that of 1983. Reportedly, these elections were marred by rigging and the JeI couldn't score big on the political stage.

This is also the same organisation that was accused of tactically supporting the PDP in elections — now, the PDP is the same party that the BJP itself embraced to form the government in the state recnely. So, this move may perhaps be seen by some as the election propaganda of the ruling party at the Centre. But it could cost much in handling Kashmir.

The Centre should have somehow pondered over the fact that the JeI, covertly or overtly at times, does participate in the electoral process. And the government can't risk losing a proportionate segment of the population which, hesitantly perhaps, has the tendency to mainstream themselves if genuine negotiations can engage them. The government of India should also remind itself that this muscular policy has failed in Kashmir — the tougher the muscle-flexing, the harder the reaction has been on the ground. This means more people would be pushed to the militancy and chances of negotiations will be bleak.

The possible solution to this should have been to streamline the Jamaat cadre, perhaps lure them back far more firmly into the democratic process, when they have a history of being part of it.

If the JeI is being punished for the wrong policies of separatists, then, in my view, that's clearly barking up the wrong tree.

Also Read: After Jamaat-e-Islami, is Hurriyat staring at a ban under anti-terror law?