Jammu and Kashmir: A year without Article 370

A year down the line, Kashmir without Article 370 looks peaceful. All the prophecies of a doomsday scenario haven’t come true.

The first anniversary of Article 370 (and Article 35A) abrogation is here and it is time to reflect on Jammu & Kashmir without its special status, although a year is too short to judge the outcome. Undoubtedly, August 5, 2019, was a watershed moment, popularly dubbed as “historical blunder being corrected in one stroke”. It was a new tryst with destiny to change Kashmir hitherto infested with endless disarray and turmoil — there has been no escaping. Of course, the cynics obviously cried foul – ranging from the killing of a democratic polity, recommitting a historical blunder, a betrayal, to a sinister ploy to alter Kashmir’s demography, so on and so forth.

But it was a monumental step taken by the Modi government to seal Kashmir’s fate forever. In one stroke it removed all the ills of Kashmir misfortune, which boosted national domestic confidence, struck a deadly blow to Pakistan’s ostentatious ‘bleeding India’ game and even called out China’s bluff.

Abrogation of Article 370 was the best political exposition of the BJP government so far — a bid to bring Kashmir out of the vortex of terror and to fully integrate it with the rest of the country. Of course, credit must be given where credit is due. It received the widest political endorsement in the country.

For BJP, it was obviously about fulfilling its long-promised agenda. It meant ending the reign of terror, death, destruction, loot and rape being perpetuated in the Valley since 1948. As it is, history has often been unkind to Kashmir. The people were killed like "insects in the fire" by Turkic warriors. The Mughals did nothing except build gardens of joy in the Valley. The Afghans let loose a reign of terror, murder, loot and rape during their 67 years' rule. 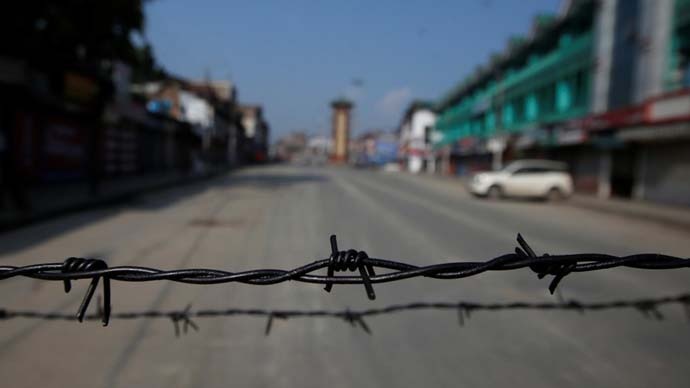 It means changing the Kashmir narrative, its duplicitous political culture, intrigue, and blackmail perpetually played and exploited by a few corrupt Kashmiri elite. It means busting the deep nexus between local political structure and Pakistani agencies. The separatist kingpin Syed Ali Shah Geelani and his Pakistani network of agents are almost dismantled. It means reenactment of Kashmir’s dignity, removing distrust, restoring stability, removing its backwardness and inequality. It is about making a million aspirations and opportunities. A year down the line, Kashmir without Article 370 looks peaceful. All the prophecies of a doomsday scenario, bloodbath and violence haven’t come true. Sporadic terrorist incidents do take place, but separatist rhetoric is down.

External detractors were amazed and started resorting to internationalising the issue. China has even hurriedly plotted military aggression in Ladakh over the change in Kashmir status. It is too early to assess the reality on the ground but changes are afoot in Kashmir.

As J&K is making a new beginning, there are obviously the initial hiccups and teething problems of transition. The new UT administration seems to be facing monumental tasks in rebuilding a region that was hopelessly backward as a result of chaos created by separatists. Industry was non-existent, and the state was living on subsidies and loan waivers. In fact, the entire reorganisation, restructuring and overhauling of the entire legal and administrative framework must have been a mammoth task. Implementing the bifurcation and splitting the state administration, its employees, assets and finance into two Union Territories would have been quite an effort. And there were problems of legal procedures to be streamlined, like the issues of the new domicile law for the new UT.

The formation of the UT on October 31 last year was followed by a long spell of winter, further followed by Covid-19 outbreak that played a sure spoilsport, thwarting all development activities. The Valley has lost its tourism season this year – the mainstay of its economy. The uncertain situation has also kept private investors away this year.

However, the UT administration now seems to be gearing up to implement big-ticket economic projects, ramping up infrastructure, investment and employment issues. In a big jump, the Centre allocated a separate fund of Rs 30,757 crore for J&K and Rs 5,958 crore for Ladakh for fiscal 2020-21. While the nation waits for greater triumphs and achievements in the future, the government would be celebrating its achievements so far before grasping new opportunities.

Fixing the old issues riddled with inherent contradictions is not easy, especially when it is no longer about viewing J&K only through the prism of the Valley. Finding ways to smoothen them would take time. Meanwhile, despite all constraints so far, the UT administration has listed over 30 major 'achievements' in the past year. The important ones among those achievements include the exercise of aligning all Central laws, with required modifications and amendments, to ensure administrative effectiveness and smooth transition in the UT. The Centre has now come out with a new domicile law, under which all Permanent Resident Certificate (PRC) holders are automatically eligible for the Domicile Certificate, which is now a basic eligibility condition for recruitment to government jobs. This removes the fear and insecurity of demographic changes in Kashmir. Of course, some historical wrongs have been rectified. Those living in the Valley for several decades have been granted domicile status. 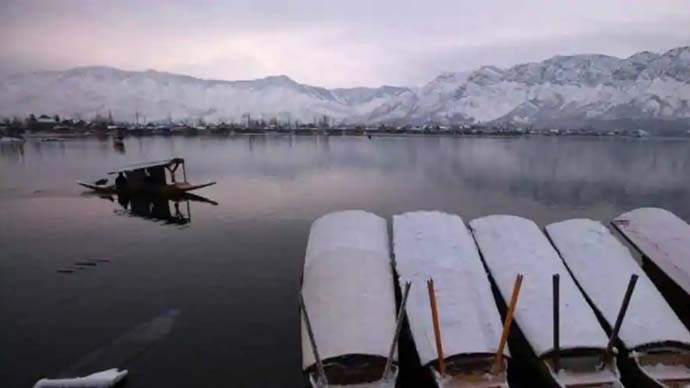 A year down the line, Kashmir without Article 370 looks peaceful. (Photo: Reuters)

Top priority is given to eliminating corruption. In a massive drive, the Anti-Corruption Bureau (ACB) has so far unearthed large-scale corruption practices and financial scams, especially the irregularities in J&K Bank involving laundering scams. So far, many high-profile scams like the Roshni land scam — that involved grabbing of 21 lakh acres of forest land by powerful land mafia and the nexus — have been investigated.

There is due focus on addressing the unemployment situation. Days after new domicile law was notified in April, a massive fast-track recruitment drive for 10,000 posts in government jobs has been announced. Along with this, an amendment is being made in the Reservation Act/Rules to include Paharis, International Border (IB) residents and Economically Weaker Sections (EWS).

In a bold step, ‘One Nation One Tax’ is being implemented in J&K — abolishing the road tariff — to bring the UT at par with other states. Other significant initiatives taken include — introducing a new digital Land Document Registration System, restructuring of the state power sector, structural reforms in the industries, tourism, finance and police departments and many other makeovers to smoothen the transition.

The list of achievements is long. Importantly, the UT administration has launched a slew of infrastructure projects including hydropower plants, road and connectivity projects that have been lying in limbo for decades. The bottlenecks for all the mega projects including those under the PM’s Development Package (PMDP) for J&K are being removed. The groundwork is being prepared to attract industry in Kashmir.

Finally, J&K can’t remain bereft of political activity. But, green shoots of mainstream political activity can already be noticed. There are talks about introducing a legislature for the UT. Similarly, holding Assembly Elections is on priority once the delimitation exercise — already delayed due to Covid-19 — is completed. For a way forward, the Home Ministry seems committed to the restoration of J&K’s statehood at an appropriate time. Only then will the mainstream political parties have a role to play in shaping the new Kashmir. Among others, restoration of full-fledged internet services and 4G are on the cards.

Clearly, a year down the line, Article 370 is already history and it no longer appears to be existing in people’s consciousness or in their daily conversation — except that it still lingers in the minds of political brokers and blackmailers.

Also Read | Article 370: Why apologists are quiet on Jammu and Kashmir

#Article 370, #Article 35a removed, #Jammuandkashmir
The views and opinions expressed in this article are those of the authors and do not necessarily reflect the official policy or position of DailyO.in or the India Today Group. The writers are solely responsible for any claims arising out of the contents of this article.

The writer is a distinguished academician, diplomat, author, national security expert and an expert on Himalayan affairs.