Open letter to Chetan Bhagat from a Kashmiri: Thanks, but no thanks

Sorry to burst your bubble, but Indian army men are no saviours in Kashmir Valley.

I’m writing to you this when there are curfew-like restrictions in most parts of Kashmir, mobile internet is completely barred and an unprecedented sense of fear is being created by the Indian state machinery.

Your letter starts with the event of NIT Srinagar.

Of course, it did get the unparalleled national attention as it suited your national interest. But for an ordinary Kashmiri youth, whom you addressed in your letter, this trivial issue blown out of proportions was of zero importance.

For an ordinary Kashmiri youth, he has many things to worry about, the most basic of which is whether he/she will reach home alive or in a coffin. You did mention that non-locals were beaten for raising the Indian flag but glossed over the death of five Kashmiris by Indian forces in the bloody clashes.

As it has always been for India, we are just mere numbers for you.

You should have stopped writing that letter just at that very point when you linked the two events. That tells us of the absolute lack of knowledge on your part of the situation here in Kashmir.

For us NIT Srinagar was no issue at all and for you it was exactly the opposite – a “chest thumping patriotism”, “we did it in Kashmir” and “media guns blazing” sort of agenda.

Tells much about your insecurities vis-a-vis Kashmir.

On the other hand, what we really cared for were the deaths of five unarmed Kashmiris, four of whom were youths and one a 70-year-old woman, brutally murdered by the Indian forces. But you and your likes were busy trying to defend the “holier than thou” Army.

This underlines a very stark divide between an Indian and a Kashmiri. We have different priorities and different allegiances. You align with the Army responsible for the killings, while we align with oppressed.

What irks us the most is that people like you easily become experts on the Kashmir issue sitting back in your comfortable Delhi or Mumbai homes - enjoying cups of coffee and believing what the state-sponsored Indian media wants you to believe. And then have the audacity to address us as our “sympathisers” and well-wishers. 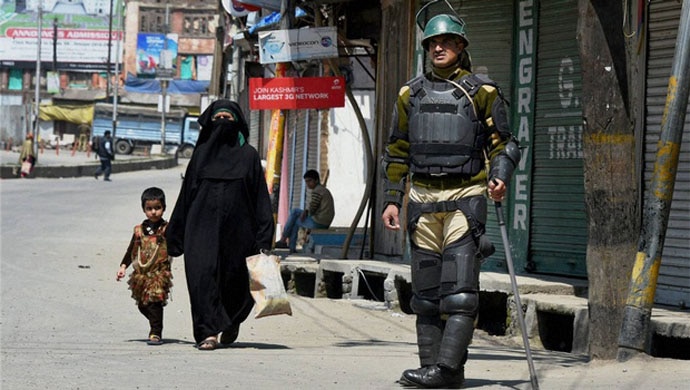 Since you gave your version of the Kashmir issue, I would like to give you the truer one.

Jammu and Kashmir did not become a part of the Union of India. It was a temporary accession with a promised plebiscite, as assured by your first prime minister, Jawaharlal Nehru. Then came the diplomacies of autonomies, self-rule, etc, none of which were acceptable to the people of Kashmir.

For what we really wanted was never to be part of India. And that has been the writing on the wall since 1947, but people like you tend to get blinded by the pseudo-patriotic intellect and ignore the ground realities.

I fail to understand whether people like you just play dumb or if you actually are.

Like every self-styled solution architect of Kashmir, you tell us what to do either without having the direct knowledge of harsh realities or deliberately ignoring them.

You start by making the “K-issue” a creation of Pakistan. And being a right-wing author, link it to Islam. Bravo your intelligence.

The Kashmir freedom movement was indigenous and will remain indigenous. But people without sense will continue to look at it through Pakistan’s prism. I don’t blame your naivety; a fool in a population of billions is no big surprise.

Don’t feel bad, you are not alone; millions in India too believe the K-issue is a Pakistan-engineered one. You tend to believe what the state wants you to.

You easily absolve the Indian Army of any criminal negligence by saying they tried controlling the situation and it was difficult to isolate civilians from militants. 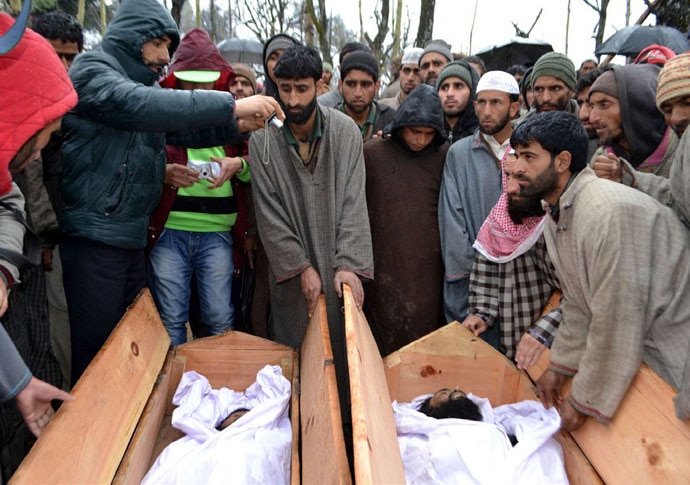 At least, 90,000 Kashmiris have died in the conflict. Indian Army sure didn’t differentiate between a civilian and a militant. They went on killing Kashmiris unabated, unaccounted and mercilessly.

If I go on giving instances of civilians who fell to the indiscriminate bullets fired by the Indian Army, pages will fall short. Sorry to burst your bubble, but Indian Army men are not saviours here.

You talked about economics post-independence.

Believe me we can sustain ourselves way better than India. We were part of the historic Silk Route. We have a huge potential in hydro economics, tourism and adventure sports. But thanks to the Indian occupation, we are held back on all these fronts. Our resources are being looted and sabotaged by the Indian state.

Yet, the Indian economy is not thriving. Only the rich, the upper class in India is thriving while majority of the population is still living under BPL. And you are a 68-year-old country.

You also talk about Islamic fundamentalism.

I mean seriously which world do you live in. Should I tell you about the Hindutva ideologies? Religious fundamentalism is a problem in India not in Kashmir. There are cordial inter-faith relations in Kashmir. We don’t murder people over whether they had beef or not. We don’t hang cattle traders. Caste system doesn’t exist here. Muslims, Sikhs and Pandits live in complete harmony. Tral - the hotbed of militant activities - has a large amount of Sikh population and they live there peacefully.

You have the rot of fundamentalism in your nation, so don’t apprehend what is yet to come. The Pandits’ exodus was orchestrated by Jagmohan, followed by killing of Muslims in Gaw Kadal. And Kashmiri pro-freedom leaders do stand for the Pandits’ right to return.

Funny you talk about women’s rights. I don’t know where to start on women’s rights. Should I start with Kunan Poshpora, where an entire village was raped by Indian Army personnel, or with Mubeena Gani – a Kashmiri Muslim bride who was raped, along with her pregnant aunt, by your jawans? Asiya and Neelofer were women with rights too, but the Army raped them and then killed them.

Let’s come to the Handwara molestation case, where your brave jawans sexually assaulted a 16-year-old school girl, made a video of forced confession, and continue to keep her under “preventive detention”. Have you seen her mother’s press conference? Women’s rights indeed! Yes, we do care about them. That is why the Kashmiri youth couldn’t bear to see the right and honour of a woman being stripped. We protested unarmed and you murdered us. Five of us fell to your bullets once again, but as usual we are just numbers to you.

I reckon we have different definitions of the word “terrorist”. For, one man’s terrorist is another man’s hero.

You make it sound all simple: “Integrate with India”. Why didn’t you continue being part of the British empire? After all they gave you railways, modern education and other goodie goodies. The answer is simple: you didn’t choose slavery.

So how can you expect us to do what you so vehemently fought against?

Mr Bhagat, if you don’t know the harsh realities of Kashmir you should stop writing about it. You don’t know the struggles of Kashmiri youth. The amount of humiliation we have to face in our own land because of your occupying forces. The stress our parents have to deal with on a daily basis, whether their children will be back home in one piece, or in a coffin, or blinded by the pellets your forces happily shoot at us Kashmiris.

We can’t be a part of nation which has killed and shed the blood of the very youth you are supposedly addressing, raped the very women whose rights you are talking about, killed the minorities (in Chattisinghpora) whose religious freedom you are worried about.

No, the real problem is not Pakistan Army. It is the Indian State which is using every resource in its hand to subjugate us, oppress us, kill us and maim us.

We have no animosity against Indians, but I cannot say if you would be able to say the same for Kashmiris.

I have seen Indians celebrating deaths of civilians in Kashmir and you are worried of us celebrating India’s loss in a cricket match.

Clearly for you people, a cricket match is important than a human life.

Since 2008, the Indian state alone has killed hundreds of youth and if your trigger-happy forces continue like that, there won’t be any youth left in Kashmir for you to address.

Until our freedom has come…

#AFSPA, #Indian Army, #Handwara Killings, #Jammu and Kashmir
The views and opinions expressed in this article are those of the authors and do not necessarily reflect the official policy or position of DailyO.in or the India Today Group. The writers are solely responsible for any claims arising out of the contents of this article.