A major benefit of integration is that Indian laws are now applicable throughout J&K and Ladakh.

Come August 5, Jammu and Kashmir (J&K) and Ladakh will celebrate the first anniversary of the amendment of Article 370 of the Constitution. It is an anniversary that deserves to be marked as it symbolises the integration of the so-called disputed territory into the Union of India. As if a festering sore on the crown of India was salved, at last, hopefully, to be healed, that too through constitutional means.

Not a family business

Yet, naysayers will carp and cavil. For instance, Omar Abdullah, now his cleanshaven self after his seven-month, bearded to the gills phase. Abdullah declared on July 26 that he won’t run for assembly polls till statehood is restored in J&K. He claimed that turning the state into two Union Territories (UTs) was humiliating and ‘downgrading,’ meant to ‘punish the people of the state.’ He also made the argument that dividing the state on religious lines might have better suited turning Kashmir and Jammu into separate units rather than J&K and Ladakh. It is but expected that the likes of the Abdullahs and Muftis, the two most powerful Valley families, will complain. They took turns to rule the state, arguably keeping alive, in their own different ways, the ‘special status’ of J&K, which, evidently, also fed covert if not overt separatism. Now that their hereditary privileges are all but eroded, it is but natural for them to grumble and protest. What such Valley leaders fail to acknowledge is that the ‘special status’ that the state supposedly enjoyed actually favoured the politicians rather than the people of J&K. The so-called ‘safeguards’ to the erstwhile state also stoked Islamist and pro-Pakistani elements, keeping the pot of crossborder terrorism boiling. The contradictions in the statements of upstaged leaders become evident when they assume credit for keeping the state in India but shout to retain its exceptional position. Why not join fully if you are actually committed to India’s integrity?

But, one year later, a new crop of leaders is slowly emerging in the UTs. Once democratic processes in the region overtake the diminishing shadows of powerful leaders and dynasties, this upsurge will create a marked difference. That is why the details of actual changes are so crucial. What is evident on the ground is a massive drive for good governance and against corruption. A huge recruitment initiative to fill up some 10,000 advertised positions will ensure that the economic condition of the locals will improve. Plus there will be talent from outside in the area, which was virtually impossible in the past. New corporations have been set up, along with large infrastructure projects in roads and power generation. 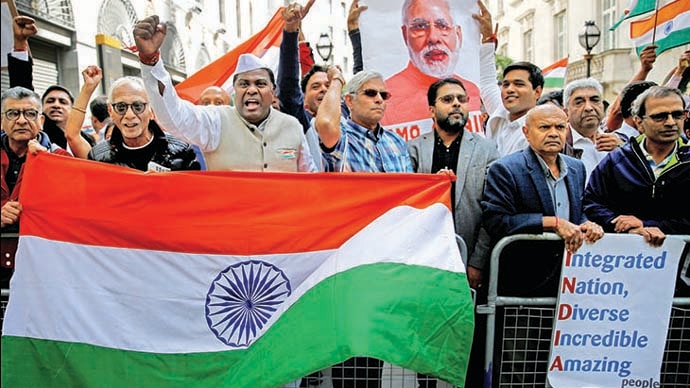 In addition, there have been investment summits to attract fresh capital into the region. Similarly, new medical colleges and other educational institutions are being established. The humanitarian side of the changes must not be downplayed or ignored. Several disenfranchised groups have been accorded their domicile rights. These include hitherto discriminated categories like West Pakistan Refugees, Gurkhas, Safai Karamcharis, and women married to non-Kashmiris. Despite the violence against some of the newly elected heads, the panchayat system of local governance and grievance redressal has been reactivated.

A major benefit of integration is that Indian laws are now applicable throughout J&K and Ladakh. Successful central government schemes, too, have found their foothold in the two UTs. Saubhagya, PM Ujjwala Yojana, Ujala, Swachh Bharat Abhiyan, Ayushman Bharat, PM Kisan, and so on, have benefitted lakhs of citizens in the two UTs. There has also been a push to implement pension and scholarship schemes, including special minority scholarships. Large sections of the population stand to benefit from all these. The seriousness of the government can be gauged by the dozens of union ministers visiting the area to mark the upcoming anniversary of the integration. Hundreds of meetings will be held, scores of new projects inaugurated.

It is not as if everything is automatically and magically altered in the two UTs in just one year. So many challenges remain. But the will of the government and their focus on J&K and Ladakh cannot be doubted. Decades of insurgency show that coercive state interventions may lead to confusion and chaos, in addition to mounting anger and resentment. Consent of the governed is the better way to bring about lasting conciliation. This is what we see in the two UTs of J&K and Ladakh. The enactment of the Modi doctrine that development is the best antidote to militancy

Look at the positives

To return, in closing, to disgruntled former dynasts, even Omar Abdullah was forced to acknowledge that the abrogation of Article 370 was met with support throughout the country: ‘Removing J&K’s special status may have been the popular thing to do but going back on a nation’s sovereign commitments is never going to be the right thing to do.’ As decades of unrest and violence proved, the commitment to the Union’s sovereignty is precisely what the initial terms of the accession did not enable or facilitate. After paying so heavy a price for Jawaharlal Nehru’s ‘original sin,’ India set about rectifying his Himalayan blunder before it was too late. A year later, the positive results are for all to see.