For the last few months, New Delhi is testing Kashmir’s troubled waters through new mentors who have little or no idea of the ground situation in the restive region.

The restive south Kashmir has remained a hotbed of militancy for over the past half a decade. Now, however, north of the Valley has surprisingly turned even hotter with some of the deadliest attacks taking place in the frontier region.

In the counter-insurgency operations, the security forces had been largely focusing on south Kashmir districts like Shopian, Pulwama, Kulgam and Anantnag which produced some of the most-wanted militant commanders like Burhan Muzaffar Wani, Zakir Musa and Reyaz Naikoo. Over the years, most of them were eliminated.

But post the abrogation of the special status of J&K on August 5, 2019, there has been a change. While south Kashmir continues to be the same old hotbed, the north is proving an even bigger concern. 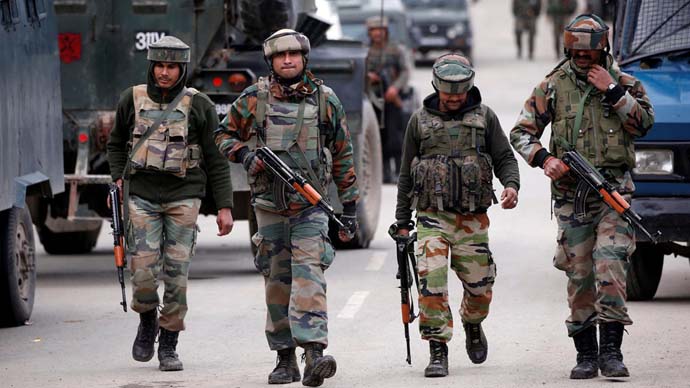 In the counter-insurgency operations, the security forces had been largely focusing on south Kashmir districts. (Photo: Reuters)

On the fateful morning of August 17, the militants had attacked a joint party of CRPF and Jammu and Kashmir Police in Suchpora Kreeri leaving two CRPF personnel and a police official dead. Immediately, additional security forces were rushed to the spot. In the ensuing gunfight, two Indian Army jawans were killed. Interestingly, militants have released a first-ever video of the attack on the security forces prompting police to react. “By releasing the video of the attack, terrorists want to glamourise terrorism. But they can’t,” the police said.

A few days prior to it, on August 12, militants attacked a Quick Response Team of the Indian Army at Hygam crossing on the Srinagar-Baramulla highway. One soldier was wounded in the attack.

On July 8, in adjoining Bandipora district, militants shot dead senior BJP leader Wasim Bari along with his brother and father in their native village.

In fact, the deadliest of the attack of 2020 also took place in north Kashmir. That time it was Kupwara district.

On May 3, five security personnel, including a Colonel, a Major and a sub-inspector, and two unidentified militants were killed during an 18-hour anti-militancy operation in Handwara area.

Interestingly, for the first six months after the abrogation of the special status, the militancy-related incidents seemed to be at their lowest ebb. For that matter, Kashmir looked calm on the militancy front.

From spring onwards, however, the situation started to heat up after a major offensive against militants was resumed.

As per news reports, the security forces killed nearly 150 militants in J&K in the first seven months alone, as compared to 157 militants killed in 2019.

This year, however, only 17 of those killed are foreign terrorists — a nosedive by almost 50 per cent compared to last year.

Of the 150-odd militants killed this year, only 15 were neutralised in north Kashmir. While 10 were killed in the summer capital of Srinagar, the rest were all from south Kashmir.

After south, the north has erupted essentially when Kashmir craves for the restoration of normalcy, peace, prosperity and much more.

Amid restrictions of sorts, Kashmir craves for normal life and democracy alike.

On August 6, BJP leader and sarpanch Sajad Ahmad Khanday was shot dead by militants near his home in south Kashmir's Kulgam. It was less than 48 hours after his party colleague and panchayat member, Arif Ahmad Khan, was shot at in the same district. Earlier, on June 8, sarpanch Ajay Pandita was killed.

But then, the deadly spillover from south to north isn’t any good news for New Delhi, which had initially managed to keep the situation under control for six long months after J&K was bifurcated and demoted to be a Union Territory.

Though J&K Police do have some of its most competent officers on the job, no local face with extensive experience of policing in militancy-infested Kashmir is at the helm.

For the last few months, however, New Delhi is testing Kashmir’s troubled waters through new mentors who have little or no idea of the ground situation in the restive region. This is something which the Union Home Ministry and the National Security Adviser Ajit Doval need to ponder over.

After all, from the prospective revival of democracy to letting peace with dignity prevail, a smart security grid holds the key to every optimism on Kashmir.  And this is what New Delhi needs to introspect because so far its Kashmir strategy has led to a deadly spillover of militancy — from south to north.