Lok Sabha 2019: Why Jaya Prada matters in our politics

TDP, SP, RLM, RLD and now BJP. Jaya Prada's political career has seen many ups and downs, a few Azam Khans, but little defeats via them.

There is no reason why Jaya Prada should be referred to as the 'actress-turned-politician' anymore. She joined politics back in 1994 and has been a fine fence-sitter since, hopping various parties in her over-two-decade-long political career.

Now that she has joined the BJP, let’s see why Jaya Prada matters in our politics.

Or, does she matter at all — because we hear about her only when she leaves one party, or when she kicks up a controversy?

NT Rama Rao, the founder of the Telugu Desam Party (TDP), invited Jaya Prada — a native of Andhra Pradesh — to join the party. This marked Jaya’s entry into politics when she was just 32. When NTR’s son-in-law, N Chandrababu Naidu, took over the TDP's mantle, there was a rift in the party. Jaya Prada chose NTR’s side and was nominated to the Rajya Sabha from Andhra Pradesh in 1996. 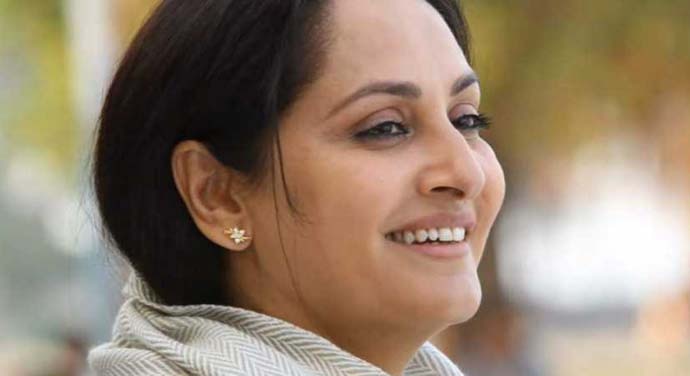 In 2004, she contested from Rampur in Uttar Pradesh — this time, on an SP ticket, and won.

So, what happened in-between?

She fell out with Chandrababu Naidu, left the TDP and joined the Samajwadi Party (SP). She was apparently sidelined in Naidu's party. Naidu reportedly refused to even acknowledge her presence and she was dropped from party programmes and launches. “There I was sitting on the dais. Naidu did not even mention my name. I felt awkward,” she reportedly remarked later.

During the 2009 Lok Sabha Election, she alleged that the well-known SP leader, Azam Khan, was circulating her morphed photos. She was traumatised by the incident — but she won the election.

A year later, she was expelled from the SP, along with Amar Singh, for 'anti-party activities'. The duo went on to form their own party — the Rashtriya Lok Manch — which failed to win any seats in the 2012 Assembly polls. Both of them then joined the RLD. Jaya Prada contested from Bijnor on an RLD ticket but lost. Meanwhile, Azam Khan was also expelled from the SP — then welcomed back.

Jaya Prada's association with Amar Singh leads us to another controversy in her political career. “Even if I tie rakhi to Amar Singh, people will talk about us,” she reportedly said in an interview. She has also spoken about how she had contemplated suicide after her morphed images went viral. She reportedly accused Azam Khan of even plotting an acid attack on her.

So, Jaya Prada joining the BJP — and probably getting a ticket from Rampur — is actually life coming full circle, as in all probability, she will be fielded against Azam Khan.

They are not political enemies.

They are real-life enemies. If it's Jaya vs Azam Khan, the Rampur road ahead for Khan does not look so smooth. (Photo: India Today)

After Jaya Prada reportedly said Padmaavat’s Khilji reminded her of Azam Khan, Azam Khan reportedly said, “Tell me, if I entertain this ‘naachne gaane wali’, how will I concentrate on politics?”

Now, Azam Khan is a known offender, clearly a misogynist of the lowest level Indian politics has yet produced. He is also the rape-apologist who has made remarks like RSS people are homosexuals, there is a secret tunnel between madam Irani’s and PM’s bungalows, etc.

So, brace yourself for massively below-the-belt comments flying fast and furious in Rampur this election.

Contest-wise, it'll be a tough one.

Jaya Prada has been a two-time MP from Rampur Lok Sabha Constituency. Presently, it is resting with the BJP.

On the other hand, this will be Rampur MLA Azam Khan's first Lok Sabha contest.

The fur is truly ready to fly.

Also Read: Why Sapna Choudhary should have joined the Congress and challenged Hema Malini

Post your comment
#Amar Singh, #Azam Khan, #Jaya Prada, #Lok Sabha elections 2019
The views and opinions expressed in this article are those of the authors and do not necessarily reflect the official policy or position of DailyO.in or the India Today Group. The writers are solely responsible for any claims arising out of the contents of this article.