Two of the three states where BJP refused CM's chair to dominant castes have been lost by the party. In the third, it is at the mercy of an alliance.

In the 1970s, outgoing Jharkhand chief minister Raghubar Das worked as a labourer in one of the rolling mills owned by Tata Steel. So, when the BJP made him the leader of the legislature party in 2014 after the Jharkhand elections, Das said, it was only in the BJP that a labourer could become chief minister.

A Teli (OBC community) by caste, Das went on to become the first chief minister in the history of Jharkhand, a state carved out of Bihar in 2000, to complete a full term in office after the BJP won 37 seats in the Assembly elections and stitched an alliance with the All Jharkhand Students Union (AJSU), which had five seats in its kitty. 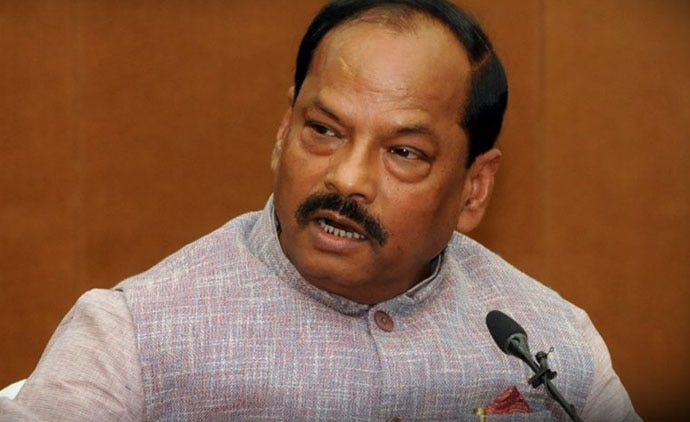 Raghubar Das's appointment as chief minister had taken many by surprise in 2014. (Photo: ANI)

Political seesaws have a tendency of attaining equilibrium sooner or later. Jharkhand found its equilibrium 19 years after its creation. So the most significant part of Das's chief ministership wasn't that he completed his term in office. The defining thing about Das's term was that he was the first non-Tribal chief minister in a state where 26 per cent people are Tribals.

The same year, the BJP had scripted a new chapter in two other states by installing chief ministers from castes other than the dominant one in terms of its numerical strength. Brahmin Devendra Fadnavis instead of a Maratha leader in Maharashtra. In Punjab, Khatri Manohar Lal Khattar was made chief minister instead of a Jat leader in Haryana.

Interestingly, none of the three was projected as the party's chief ministerial face during the campaign, but installed after the party won with comprehensive majorities in Maharashtra and Haryana, and forged an alliance in Jharkhand.

Through its decision of appointing leaders from non-dominant castes, the party leadership defined by Prime Minister Narendra Modi and home minister Amit Shah, was trying to establish a trend that challenged the allocation of power based on traditional social identities.

At the launch of the BJP's 2019 campaign in Haryana, Amit Shah said, "There were governments for special castes in Haryana. When a government came, it used to work for one caste... Manohar Lal Khattar government became such that there is no caste, this government is the government of every resident of Haryana."

When the results trickled in, it became clear that the 'government of every resident' had been rejected by a lot many residents. Jats, who had voted for the BJP in 2014 Assembly elections and then again in the 2019 Lok Sabha elections, voted overwhelmingly for Dushyant Chautala's Jannayak Janata Party (JJP). The BJP, which won 47 of the 90 seats in 2014, fell short of the majority mark by six seats five years later.

While in Haryana, the BJP managed to cobble up a majority, all its efforts at cobbling fell apart in Maharashtra. The hero of the story turned out to be Sharad Pawar who succeeded in wooing back the Maratha voters dealing a huge blow to Fadnavis's dreams of returning to power. 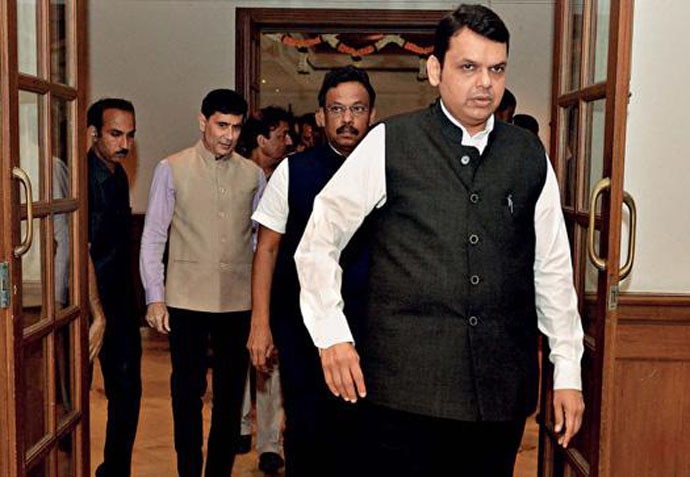 Yes, the Shiv Sena did succeed in pulling the rug from under BJP's feet but Pawar could power Uddhav Thackeray's ascent to the chief minister's chair because he managed to secure the votes of the Marathas. The

Nationalist Congress Party (NCP) bettered its 2019 tally by 13 seats. Ten of these seats were won in regions dominated by Marathas — eight in western Maharashtra and two in north.

Pawar played on the Maratha pride after the Enforcement Directorate registered a case purportedly involving him into an alleged Rs 25,000 crore scam.

The Marathas drifted away from the BJP despite the party fulfilling the community's long-standing demand for reservations. In 2014, disillusioned with the Congress-NCP rule for not meeting the demand of reservation and social schemes, the Marathas shifted to the saffron party. The BJP successfully enacted the reservation for Marathas in education and jobs, but the community still did not vote for the party overwhelmingly.

In Jharkhand, the BJP lost 12 seats. Midway through the campaign the BJP seemed to have realised that Das wouldn't be able to pull it off on his own. The party thus changed its slogan from "Ghar Ghar Raghubar" to "Jharkhand Pukara, Bhajpa Dobara".

What seemed to have caused Das the Tribal votes is his November 2016 push for two Bills to amend the Chhotanagpur Tenancy Act (CTA), 1908 and the Santhal Pargana Tenancy Act (SPT), 1949 that protect the tribals' rights over their land. The proposed legislations were seen as a bid to impose stringent restrictions on acquisition and sale of tribal land.

As protests spread, Jharkhand's first tribal Governor, Droupadi Murmu, refused to give her assent to the two Bills, but the resentment festered.

The resentment against Das has been so sharp that forget about taking the party to victory, he has lost his own seat of Jamshedpur East to rebel BJP candidate Saryu Rai, who fought as an Independent. Jamshedpur East had been a BJP bastion since 1995 when it was part of undivided Bihar.

The election results might just send Shah back to his drawing board to assess how to win elections comprehensively despite projecting non-dominant caste candidates as the face of the party because he sure to continue strategising for the BJP even when JP Nadda takes over as the BJP president in February.

Also read: Should the Modi government be blamed for rising onion prices?

Post your comment
#Jharkhand polls, #Jharkhand elections, #Raghubar Das, #Jharkhandelectionresults
The views and opinions expressed in this article are those of the authors and do not necessarily reflect the official policy or position of DailyO.in or the India Today Group. The writers are solely responsible for any claims arising out of the contents of this article.