Lynchings and hate crimes: Modi and BJP's mask is finally off

Has monk-turned-UP chief minister Yogi Adityanath's ascent been the tipping point for the Hindutva "mukhota" to come off, as the so-called "fringe" and "mainstream" merge in all BJP-ruled states and unleash a wave of hate crimes and lynchings?

Consider Prime Minister Narendra Modi's deafening silence on the recent instances of feral mob lynchings of Muslims - Pehlu Khan in Rajasthan and Sunday's incident of Muslims being thrashed in Bhind in Madhya Pradesh for allegedly desecrating a temple idol - and the Jharkhand lynchings, when seven people were beaten to death in two separate incidents.

Four of those killed in the Jharkhand incident were Muslims, leading the community already under siege to believe that the incidents - triggered by WhatsApp forwards that spooked villagers, mostly unsuspecting tribals, that their children would be abducted - were communally motivated.

Consider this along with the spate of rapes happening in Haryana, another BJP-ruled state governed by an administrative novice "pracharak" ML Khattar, and the almost daily attacks by "gau rakshaks" – and the instances of hate crimes seem to follow a clear pattern.

As I found when I investigated for my book I Am A Troll (inside the BJP's secret digital army), WhatsApp forwards are the new social media for instigating hate crimes and communal sentiments. The reason why WhatsApp is even more effective than Twitter and Facebook is that there is zero accountability, no editorial filter and reaches the already faithful and even gullible, like the Jharkhand tribals. While incitement videos and lies increasingly get called-out on social media, WhatsApp has no such filter or even people vetting.

Powerful BJP general secretary Ram Madhav, who spearheaded the party's social media push, in an interview for the book said the "BJP had a huge database and was using apps like the Modi app and WhatsApp to communicate with its supporters". 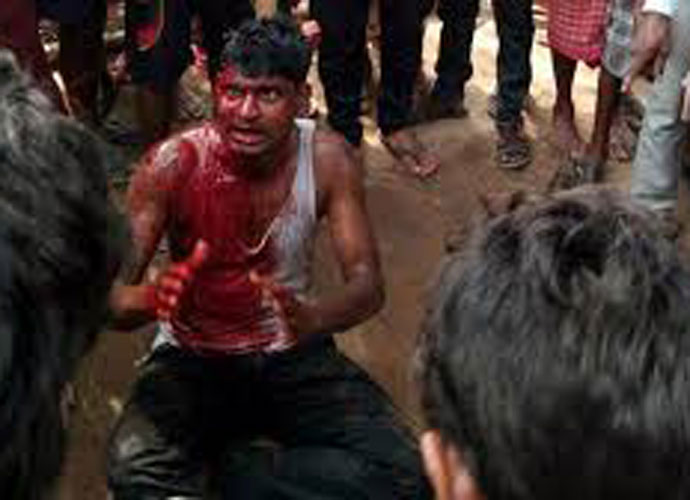 While Madhav meant genuine communication of party programmes and ideological issues, the medium and the database are being increasingly misused.

So, while leaders from Modi downwards maintain a telling silence, what action have the authorities taken against the upsurge in hate crimes and cow vigilantism?

The answer is shocking but not surprising. While Adityanath's ascent may have seen a huge upsurge in these incidents, it all started with the lynching of Mohammed Akhlaq over beef rumours. The 50-year-old was beaten to death in Dadri Bisara on September 28, 2015.

Incredibly enough, the state government wants to take action against his family based on a forensic report recently issued by a lab in Mathura that said the "meat found in his home was that of a cow or progeny". This after several forensic tests had ruled out that the meat was beef. 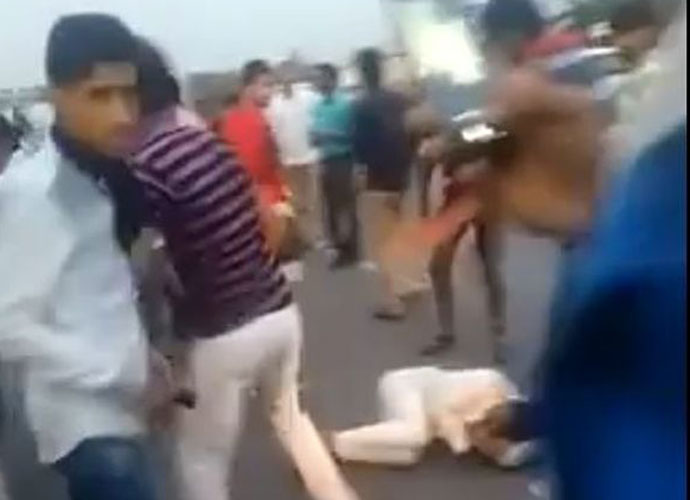 What action have the authorities taken against the upsurge in hate crimes and cow vigilantism?

On September 20, 2016, a local court in Surajpur directed the Greater Noida police to register a case of cow slaughter against Akhlaq and his surviving family. Adityanath as an MP had demanded action against Akhlaq's family for eating beef and said the compensation given to his family should be taken back. Adityanath had also demanded the release of all those arrested for Akhlaq's murder, several of them alleged to have links with the BJP.

Adityanath's own organisation, the Hindu Yuva Vahini (HYV), has become emboldened with him taking over as CM and often takes the law into its own hands. Consider this - last month on April 12 the HYV barged into a home in Meerut and harassed an interfaith couple and beat up the Muslim man.

This is a pattern followed by the HYV ever since Adityanath took over - overt violent moral policing. This month, three HYV men were held for beating a Muslim man to death in Bulandshahr on May 3 for an alleged case of abduction of a girl.

Adityanath made a token appeal to his followers not to take the law into their hands but, surprisingly, the HYV seems to be turning a deaf ear to its founder and mentor.

The family of Pehlu Khan - a dairy farmer from Mewat, Haryana, who was lynched over allegations of cow smuggling - had to threaten to publicly commit suicide as the accused in the case roamed free for weeks. Finally, three people were arrested and the police say they are still looking for the other accused named in the FIR.

Says a senior BJP leader who has been totally sidelined: "What did you expect when we made Adityanath our face? It was a licence for the so-called fringe organisations to take centre-stage and they have with a vengeance. So you have the Bajrang Dal going on the rampage. Couples being attacked. Do you even hear any lip service to good governance anymore? This is the new agenda which will play till we win 2019."

This truly seems to be the case, as the fringe now firmly straddles the mainstream and the authorities take their cue from the top.