A video of Pakistani lawyer-activist-politician Jibran Nasir, dancing the night away at his friend’s mehendi, has broken the Internet.

But the video is not the only reason for our SJ (Snap Judgement) on why Jibran must be made Prime Minister of Pakistan.

1.) Jibran’s got the moves – Just look at Jibran Nasir dance. We mean, just look. You will not be able to stop looking! Seriously. The 30-something lawyer, dressed in a dapper black shalwar-kameez, a gold scarf casually draped around his neck, literally sets fire to that floor! And he doesn’t do it just once, when he starts dancing to Billo, with sharp moves and energy that’s joyous but still-so-tightly contained. He does it again when he dances to Chokra Jawan Re with his friend, the bride-to-be, comedian Faiza Saleem, and others. And he does it again when he’s dancing in a duo with Mansha Pasha to the super-sexy Dilbar – in fact, he does two crucial things here.

First, he looks deep into the eyes of his dance partner – always a good idea.

Second, he takes off in the middle of the song and dances purely for himself. Like, you know, when the dance is in your blood and you don’t care who’s looking.

2.) Jibran is way cool – So, dancing like that – with joy, ease, individuality and flair – shows us just how cool Jibran Nasir is. He’s certainly cooler than all of Pakistan’s uncle-ji politicians rolled into one. And he’s definitely cooler than our very own netas who, no matter how young they apparently are, seem wrapped in some impenetrable pomposity, taking themselves, and the importance of their own verbosity, as GB Shaw would put it, to the point of looking a 80+ before they’ve touched 35.

They need to take a cue from Jibran Nasir. 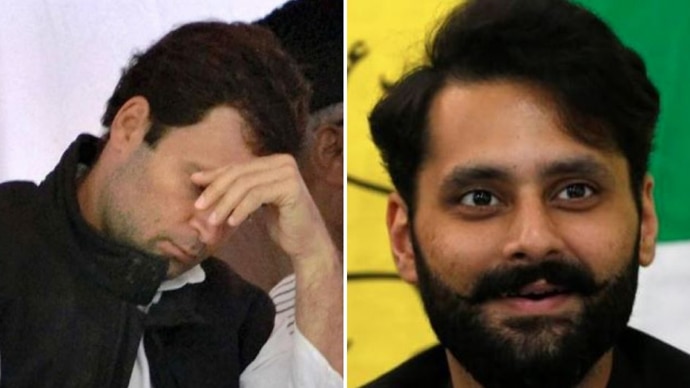 With his flair and dynamism, energy and sheer exuberance, he is what a ‘young leader’ should be.

Not our ‘young’ lot, which turns old as soon as they sniff the power in the air. And which therefore can never provide an exciting alternative – just more of the same.

With his swag and his daari, his sharp eyes and smiling mouth, Jibran Nasir is easy on the eye. Very. This is important because in South Asian politics, we are oh-so-quick to judge women politicos on their looks (recall Sharad Yadav’s latest gem, calling Vasundhara Raje fat) but seem remarkably lenient on the men. They just need to be powerful, and all their warts — literally — will be overlooked. Jibran Nasir breaks that mould — and we are so grateful to him.

Thank heavens there is one politician in the Indian subcontinent who hasn’t sacrificed personal grooming and public charm to turn into a puff-ball of pomposity, whose appearance will either make you back away nervously or just yawn.

Jibran Nasir has the opposite effect. Yay.

4.) Jibran’s different – and how – In a nation where politics now revolves around how many jihadis you can please in a day, Jibran Nasir stands out for calling Pakistan’s jihadis the lunatics – and murderers – they are.

In 2015, after the brutal attack by fundamentalists on a school in Peshawar, which left 150 – mostly young, defence-less children – dead, Jibran Nasir led a procession, calling for the arrest of controversial cleric Abdul Aziz. He’s faced death threats from the Taliban but never backed down. In fact, he's spoken up vociferously for the rights of minorities in Pakistan and offered legal help to the family of Mashal Khan, slain in 2017 by fundamentalists in Khyber Pakhtunkhwa, Pakistan.

Given his liberal outlook and totally admirable perspective on life, naturally, he lost.

But in a land known for more coups than polls, that shouldn’t be a reason to lose hope. Keep at it, Jibran. The top spot should rightfully be yours — because if anyone can fix that broken-down land, it’s you.

5.) He’s not Imran Khan – Another reason to love Jibran, and possibly the best one.

Imran Khan typifies blatantly cynical 'U-turn politics' – having enjoyed the most cosmopolitan, clubby-pubby lifestyle London ever offered anyone, Khan turned 180 degrees when, following many marriages and rumoured affairs, he embraced hard-core conservatism, married his spiritual guide (known by her burqas, not her voice or face), backed regressive religious ideologies, sacked a top economist for being an Ahmadiya and advocated all sorts of adjustments with the fundamentalist groups running his country.

Thought by many to be simply the pretty face fronted by the ISI and the Pakistan army, Khan is no credit to Pakistan’s free thinkers (the latter is also true because ‘Im the Dim’, as he’s known in his own nation, isn’t reputed to be a particularly deep-thinking philosopher anyway). Seekho, Imran! A leader should love life. Then, their nation can too. (Photo: DailyO)

In contrast, Jibran Nasir is clearly an independent mind, free of the cynicism of doing anything for power. He is also unafraid to live his life – and shake a leg – openly. And he is patient with having to wait. Look at his reaction when a small kid in his constituency expressed his support to Jibran soon after he lost the elections.

Earlier today at #Delhi Colony during polling several members of a outfit started chanting "Qadiani Haray Ga" at me and then suddenly a 7 year old appeared on a bicycle seeing me blowing kisses at the group and he screamed "Jibran Nasir Jeetay Ga" without an iota of fear. #Future pic.twitter.com/9rCN8rzjTb

This, people, is a lambi race ka ghora, people, and not someone who will sell his soul for a handful of jihadi grass chucked at him.

For once, you’ll be known for the moves that make life truly worth living – and not for the dirty dance of death your jihadis show you and everyone else.