Muhammad Ali Jinnah’s earliest passion was neither law nor politics but acting. He was so good at it that at one point, during his student days in England, he actually applied for and got a job in an obscure theatrical company, seriously thinking of taking it up as a career. Until his father sent him a stern letter warning him not to “shame the family” by becoming an actor.

But while his father was able to emotionally armtwist him into giving up his acting career, he could do nothing to prevent Jinnah from turning his life henceforth into a stage for his repressed acting urge, turning into such a virtuoso that all but those closest to him were usually taken in. When he arrived in Bombay, for instance, a young, briefless barrister, penniless, with a large and indigent family of a widowed father and five younger siblings to support, he preferred playing the smart man about town, dressed in the best tailored silk shirts, joining the most fashionable clubs. So adeptly did he play the part that everyone in the circles he moved in assumed he came from an affluent background.

And when he did make it to the top — in a remarkably short time of four years, and what is more, entirely on his own merits — as one of the country’s highest paid lawyers, he played as effortlessly the role of a spendthrift bachelor, fond of luxury, while privately his tastes continued to be as spartan as ever, keeping an account of every paisa he spent. 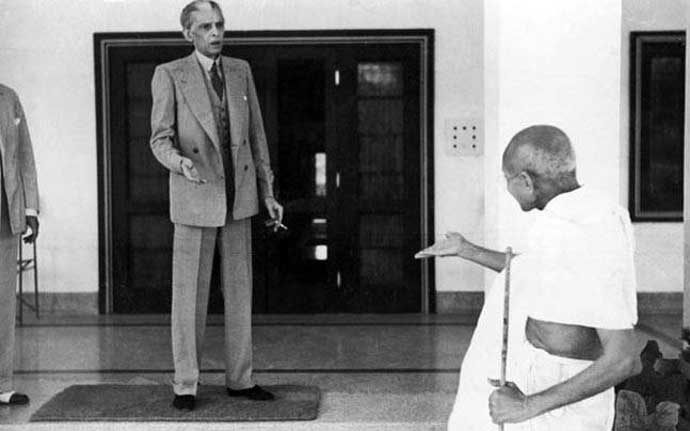 Similarly, his appearance in court was so full of drama that his name spread outside the courtroom and young lawyers flocked to hear him argue his cases, thrilled by the dramatic effect he could produce in the courtroom as he slowly screwed on his monocle and broke down a witness during cross-examination or delivered one of his famous repartees to an arrogant judge or a lawyer representing the other side, putting them in their place with his inimitable style.

It soon became difficult to distinguish the real Jinnah from the many roles he chose to play. Not unnaturally, he roused admiration and dislike in equal measure, with most people being unable to see beyond the frigid exterior and the arrogance or miserliness he affected, putting him down as too rude, or blunt or obstinate when he was in fact nothing of the kind. But for his friends there was another Jinnah behind the roles he played.

As Sarojini Naidu put it: “Never was there a nature whose outer qualities provided so complete an antithesis of its inner worth. Tall and stately but thin to the point of emaciation, languid and luxurious of habit, Muhammad Ali Jinnah’s attentuated form is the deceptive sheath of a spirit of exceptional vitality and endurance. Somewhat formal and fastidious and a little aloof and imperious of manner, the calm hauteur of his accustomed reserve but marks — for those who know him — a naive and eager humanity, an intuition quick and tender as a woman’s, a humour gay and winning as a child’s. Pre-eminently rational and practical, discreet and dispassionate in his estimate and acceptance of life, the obvious sanity and serenity of his worldly wisdom effectually disguise a shy and splendid idealism which is the very essence of the man.”

And she did not change her views on him even after he became the number one enemy of the Congress and his two-nation stand at its most strident — that the Jinnah of public perception was a mere front hiding the real Jinnah. Thus, when a biographer approached her saying he was writing a book about all the great national leaders, her first question to him was if he had included Jinnah.

And when he said, “No,” she upbraided him: “But you must. He is a great Indian leader.”

Although he hated gambling in all forms, yet the actor in him tempted him into taking one big gamble in his political career. It was the only time he gambled and it cost him heavily. As MN Roy, Jinnah’s contemporary and leader of the Radical Democratic League wrote: “Muhammad Ali Jinnah was the most maligned and misunderstood man... Having played a game of poker with high stakes, he could not pull out. He had to go to the bitter end, so to say. Bitter, because he must have been frightened by the spectre of success, when it came within the reach of possibility. But then it was too late to retreat. It was a case of a man getting inextricably entangled in power-politics without having begun with the lust for political power.”

Jinnah’s close friend Kanji Dwarkadas agreed that Jinnah was not in earnest in his demand for Pakistan. After a 90-minute talk with Jinnah on August 28, 1942, Kanji wrote: “Jinnah was not thinking in terms of Pakistan. Nor did he think of becoming the head of a new state of Pakistan. In fact, Jinnah never imagined that Pakistan would ever come into being.”

When Kanji asked Jinnah about Pakistan, the latter replied: “My dear Kanji, one gesture, one friendly gesture was all that I was asking for and it was not forthcoming from the Congress. If the Congress would make this gesture, the whole problem would not be difficult to solve.”

Feeling trapped into accepting a Pakistan he had no intention of creating, Jinnah was yet too proud to call it off. Instead, he put up a brave front, as he told a Hindu friend in Karachi, Hashoo Kewal Ramani, an industrialist: “Look here, I never wanted this damn Partition! It was forced upon me by Sardar Patel. And now they want me to eat humble pie and raise my hands in defeat.”

The Quaid-i-Azam was the role of a lifetime that Jinnah found hard to turn down. But once he took on and played the part so convincingly, the “mad mullahs and extremists”, as Jinnah disdainfully called them, made sure he would never slip out of it again, keeping him a “virtual prisoner in his palace” and censoring all lines that went contrary to the script they had in mind.

Also read: How trees age and what we can learn from them