Why JNU, HCU among top 5 Indian universities comes as a big surprise

Mired in controversies for some time, these two bagged the third and fourth place in MHRD's India Rankings, 2016.

The first-ever government-backed ranking of educational institutions has thrown up quite a few surprises with several prominent institutions around the country seeing unexpected results.

India Rankings 2016, released by the Union Ministry of Human Resource Development (MHRD) on April 4, saw educational institutes based out of southern India outperform their competitors in the north.

While Indian Institute of Science (IISC) in Bangalore was declared the best university in the country, the much-touted Delhi University (DU) grabbed the sixth spot. This came as a bit of a surprise since DU had been ranked as the best university since the past four consecutive years by the annual India Today-Nielsen Survey.

"I can’t say why Delhi University hasn’t been able to come out at the top. But it has the potential to improve itself if teachers realise the importance of teaching and help students develop a critical mindset," said Ish Mishra, a professor of western political thought at DU. 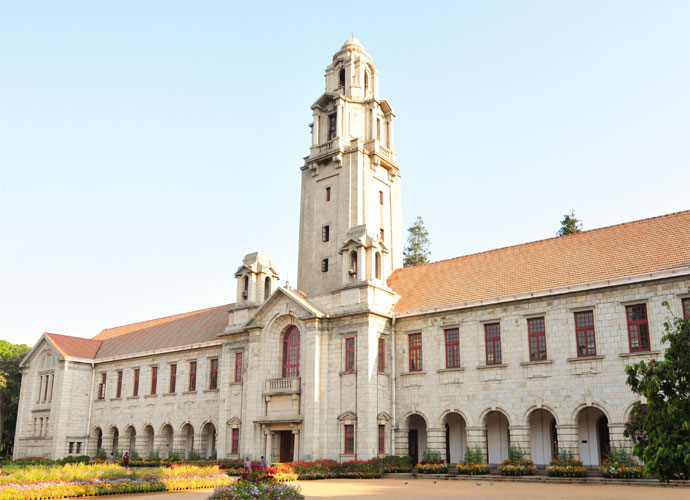 "Considering the recent targeting of JNU and HCU, the HRD ministry could not be extra kind enough to place them in the top five," said Mishra. He reasoned that JNU is a better university than DU because it caters to the wholesome development of students.

According to Mishra, JNU provides an ambience which helps in preparing the students for their lives outside of the classroom. Day life is as important as night life in JNU, he added.

Aligarh Muslim University (AMU) also managed a place in the top ten. "This is for the first time that MHRD has come out with a ranking of central universities and other educational institutions. We did not have many expectations but were fortunate to achieve the tenth rank," said Rahat Abrar, Public Relations Officer (PRO) of AMU.

Abrar added that since every survey had a different methodology, he cannot comment on how different the government rankings are from the private ones.

The rankings were based on these parameters: teaching, learning and resources, graduation outcome, perception, outreach, research, professional practice and collaborative performance.

Delhi-based central university Jamia Millia Islamia (JMI) fared poorly in the rankings as it was placed 83rd on the list. A university employee, requesting anonymity termed the development as a "matter of deep concern" and said that the authorities were mulling over the reasons behind the same.

The ranking of engineering and management institutes had their own set of surprises. Indian Institute of Technology, Mumbai, which has remained the most sought after IIT among Joint Entrance Examination (JEE) rankers, came second to IIT-Madras.

IIT-Delhi, which was the only IIT to find a place in the Top 200 of QS World University Rankings last year, was ranked fourth.

Among the business schools, Indian Institute of Management, Bangalore (IIM-B) edged past Indian Institute of Management, Ahmedabad (IIM-A) to top the rankings chart. This was a clear upset considering that surveys by four organisations - Businessworld, Business India, Business Today and Outlook had repeatedly rated IIM-A as the best B-school in the country over a period of six years.

As the admission season approaches, students from across the country are likely to ponder over the results of the HRD Ministry’s rankings.

"My choice of college has been partially influenced by the rankings published in the media," said Arushi Malik, an MBA aspirant. She argued that the students viewed IIM-A as the best business school whereas the tussle for the second position was between the Indian Institutes of Management in Bangalore and Calcutta, respectively.

"The HRD ministry’s rankings sound like an attempt to bring IIM-B at par with IIM-A," said Malik.

Anand Nayak, another MBA aspirant, felt that most rankings are biased. "I did not find the HRD ministry’s rankings appropriate since they gave Xavier Labour Relations Institute (XLRI) the thirteenth place," said Anand. He further stated that the HRD ministry’s assessment of IIM-B as a better management institute than IIM-A just could not be true.

The National Board of Accreditation (NBA), which was responsible for compiling the rankings, was contacted to shed greater light on the methodology used during the survey. However, the telephonic help desk refused to entertain specific queries and suggested perusing through the official website for answers.

Post your comment
#IITs, #Higher Education, #Hyderabad Central University, #JNU
The views and opinions expressed in this article are those of the authors and do not necessarily reflect the official policy or position of DailyO.in or the India Today Group. The writers are solely responsible for any claims arising out of the contents of this article.