How will Congress survive the contagion spreading in its ranks

Fortunes of leaders like Jagan Mohan Reddy and Himanta Biswa Sarma have soared after leaving the Congress. Will Jyotiraditya also strike gold?

Indian politics is never what it seems at the surface. While all eyes are on Jyotiraditya Scindia joining the BJP, perhaps the more important outcome of this unfolding drama is the fate of the Kamal Nath government in Madhya Pradesh.

In a somewhat low-key function on the afternoon of March 11, BJP president JP Nadda formally welcomed Scindia with an official letter of membership and a saffron scarf. In his remarks, Nadda respectfully remembered Rajmata Vijaya Raje Scindia, Jyotiraditya’s grandmother.

Scindia spoke briefly, thanking Prime Minister Narendra Modi, Union home minister Amit Shah, Nadda, and other senior party leaders for welcoming him to the BJP family. He recalled two important dates in his life, September 30, 2001, when he lost his father, Madhavrao Scindia, and the latter’s 75th birth anniversary, March 10, 2020, when he decided to quit the Congress. He criticised the Congress for losing touch with the ground reality of India. It was no longer true to its original vision, nor to the great task of India’s progress, he added. In Madhya Pradesh, his home state, too, the Congress government, which had been voted to power in 2018, had failed the people. Instead, the floodgates of corruption had been opened. It was under these circumstances that Jyotiraditya decided to join the BJP.

There is a sense that three generations of the Scindias have been ill-treated by the Congress. From L to R: Vijay Raje Scindia, Madhavrao Scindia and Jyotiraditya Scindia. (Photo: Facebook/ @JMScindia and Twitter/ @VasundharaBJP)

The BJP, in contrast to the Congress, was led by Modi, who enjoyed the faith and support of the people as evidenced in two resounding mandates. Under Modi, India was making tremendous progress, both on the domestic and international fronts. According to Scindia, it was Modi who had demonstrated both the resolve and the capacity to bring to fruition great and beneficial schemes for the country’s growth and development.

In a sense, however, what we are witnessing is history repeating itself. Jyotiraditya’s grandmother Vijaya Raje, whom Nadda mentioned, was the last Maharani, later Rajmata, of Gwalior. She entered politics 10 years after independence in 1957, winning the Guna Lok Sabha seat as a Congress candidate. She won again from Gwalior in 1962 on a Congress ticket. But in 1967, she resigned from the Congress. She joined the Swatantra Party, returning to Guna to win her third term in the Lok Sabha.

It was her role in the Madhya Pradesh Assembly elections that year which was more fateful. In the 320-member House of undivided Madhya Pradesh, the Congress won 167 seats, an improvement of 25 seats on its previous tally of 142. The Jan Sangh won 78 seats, adding 37 seats to its earlier tally of 41. Congress leader, Dwarka Prasad Mishra, a confidant of Indira Gandhi, was sworn in as chief minister on March 9. But Vijaya Raje engineered a revolt in the Congress ranks. With 26 Congress defectors, she formed a new outfit called Jan Kranti Dal, which supported a coalition led by Govind Narayan Singh of Lok Sewak Dal. Singh was CM for less than two years of the Samyukta Vidhayak Dal (SAMVID) government.

Now, her grandson, Jyotiraditya has also left the Congress with close to 20 MLAs. It is interesting to note that neither Vijaya Raje nor her son Madhavrao ever became chief ministers of the state which they hold so dear and where they enjoy considerable support.

Similarly, Jyotiraditya was also kept out of Madhya Pradesh by the machinations of the old guard led by current CM Kamal Nath and former CM Digvijaya Singh. It remains to be seen how well Scindia will fare in the BJP. As of now, he has been offered a Rajya Sabha seat and is likely to play a role in Central politics. Though India is a democracy, supposedly a modern one, the code of conduct by which many of its key players perform is based on much older traditions. In the case of the Scindias, as several other members of the still powerful feudal clans, notions of honour and family pride still matter. 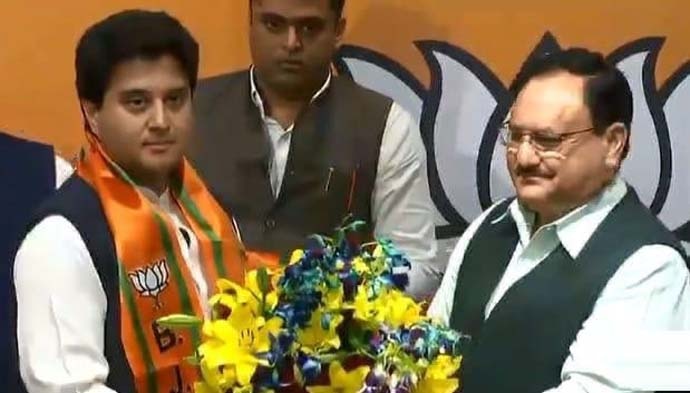 It remains to be seen how well Scindia will fare in the BJP. (Photo: Twitter/ @JM_Scindia)

An insult will not be easily forgotten, even if it is apparently forgiven. There is a sense that three generations of the Scindias have been ill-treated by the Congress. When it comes to Vijaya Raje, she was actually jailed during the Emergency by Indira Gandhi, eventually coming to share a cell in Tihar Jail in New Delhi with another former Maharani, Gayatri Devi of Jaipur. Now with three powerful Scindias in the same party, Jyotiraditya and his two aunts, Vasundhara Raje, twice CM of Rajasthan and Yashodhara Raje currently Madhya Pradesh MLA from Shivpuri, the Scindia clan’s clout is at its height. 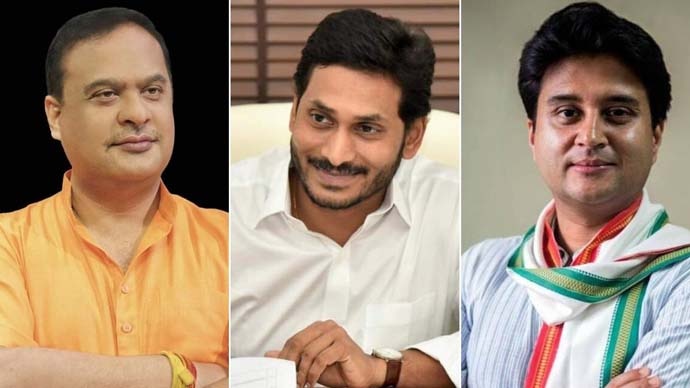 The Kamal Nath government in MP survived a scare the last week when eight of its MLAs were airlifted at midnight to a Gurgaon hotel. Congress had only 114 members, exactly the half-way mark, in the 228-member MP Vidhan Sabha. Now some 97 Congress members have once again been airlifted to Jaipur to try to save the government from falling. Kamal Nath is both experienced and resourceful. If it comes to securing MPs with money, he will not be found wanting.

Meanwhile, the Congress’ fortunes are at a low ebb. It is as if a contagion has spread to its inner ranks. Many young leaders like Jagan Mohan Reddy and Himanta Biswa Sarma have found their fortunes soaring after leaving the Congress. Will Jyotiraditya also strike gold? And, worse for the Congress, will others follow suit?