The fall and rise of Jyotiraditya: Why Congress was not able to retain its floor manager

At the moment, things are such a mess in the Congress, that if he had a chance, even Rahul will not mind joining the BJP.

As it happened, the rug was pulled from underneath Kamal Nath’s feet. Not only has a regional government fallen, the Congress, a party not exactly brimming with young talent, has lost one of its national stalwarts in the process.

Party loyalists don’t leave on an impulse after putting in almost two decades of service. Things have to have been building up over time. There were issues of governance on which Scindia and the old guard – Kamal Nath and Digvijay Singh, disagreed. 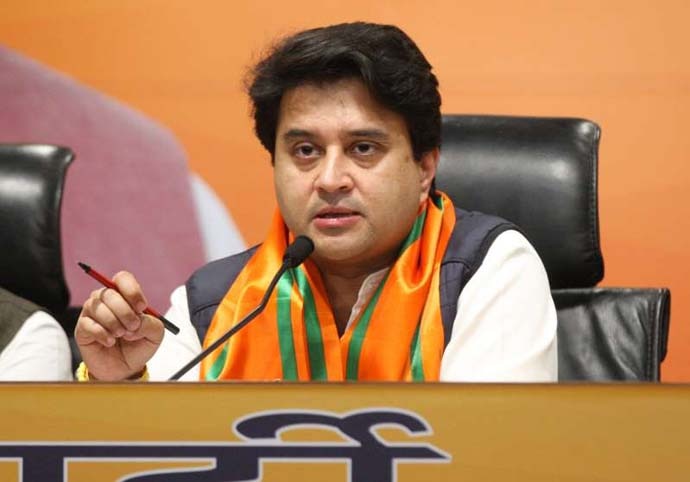 In the constantly shifting sands of the political terrain, Scindia might just get the chance that he would have never in the Congress. (Photo: India Today)

For instance, the farm loan waiver, which Rahul Gandhi had promised within ten days of coming to power, has still not been implemented. There have been allegations that the sand mafia is as entrenched as ever, taking away from the promise of corruption-free governance. These issues were repeatedly raised by Scindia but ignored. The main reason though for Scindia’s goodbye is to do with his sidelining in state and national politics. In a nutshell, if an individual does not see for himself a future where he can fulfil his potential, the individual then decides to leave. It’s for the mother organisation to figure out where it went wrong. Politics is a highly competitive business; star talent will be poached, snapped up, repurposed and redeployed.

To begin with, the Congress barely scraped through in MP, in large part due to the backlash against the BJP over a Supreme Court judgement diluting the provisions of the SC/ST Act. Scindia, though he lost from the ancestral seat of Guna himself, had campaigned with fire and brimstone. But after the unexpected victory, Scindia seems to have been rewarded with a vastly reduced role in state politics.

The Congress, as is its wont, persisted with the old-timers. Scindia was considered close to Rahul Gandhi, but even Gandhi reportedly became remote and unapproachable. The Congress almost made the same mistake in Rajasthan, of not giving Sachin Pilot a go at the big time. It was Pilot’s popular support on the ground that got him the deputy chief minister’s post. No such luck for Jyotiraditya Scindia.

At the moment, things are such a mess in the Congress, that if he had a chance, I’m sure even Rahul will not mind joining the BJP. In fact, as a new member of the BJP, no one can accuse him of being a dynastic prince. He will be a self-made karyakarta. But what about the clash of ideologies? The clash of ideologies question does not seem to bother either Scindia or the BJP. It does leave the voter confused, especially at a time when ideological battles dominate the discourse of mainstream politics. At no other point in independent India’s history has the voter been asked to choose between black and white. Which side one chooses can render the hapless citizen an enemy of the state.

In such circumstances, we can safely recondition ourselves to the idea of a different kind of fiery rhetoric emanating from Scindia. And yet, polemicists and politicians often change sides. Post the events of 9/11, Christopher Hitchens and his buddy, Martin Amis, both switched to the Right. The difference in tone was marked in Hitchens’ writings, from pronounced combative Left to simplistic Islamophobia.

The difference here is that Hitchens switched ideologies because he felt that after 9/11 the world had transformed radically under the threat of Islamic terrorism. Scindia’s changed political parties sensing better career opportunity. The pull and push of ideological integrity does not seem to be the driving force here. As for the BJP’s fastidiousness of thought, well, it has always been open to the idea of ghar wapsi. All are welcome as long as they return to the original fold.

Has Scindia made a clever career move? Many feel that he has limited his political ambitions in the long term by joining the BJP. Not being from the RSS, he will never be seen as a BJP insider. I’m not sure. Scindia has enough Hindutva goodwill because of his aunts. Besides, in the constantly shifting sands of the political terrain, Scindia might just get the chance that he would have never in the Congress.

Seen in this light, the BJP has made a long-term investment. It’s thinking of the post-Modi era. Scindia is already a national brand with tremendous goodwill across generations. His rising to become prime minister will prove two things: one, that the BJP is a meritocratic party. Two, it will answer the naysayers who believe that the rise of the BJP is not so much about the mass embracing of Hindutva but Prime Minister Modi’s incredible charisma and oratorical skills. After Modi who? Does the BJP have leaders of comparable mass appeal? Now, in Scindia, it does.

I often like to think of politicians as shopkeepers and their parties as shops. Scindia will now be going and sitting in a different shop, not the one his father left him. Rahul, on the other hand, has to make up his mind: sometimes he turns up, at others, he says he has nothing to do with the shop. This makes it very hard for the shop attendants. That’s why the floor manager just left.

Also read: What are the lessons learnt from the Scindia saga

Post your comment
#BJP, #Congress, #Rahul Gandhi, #Jyotiraditya Scindia
The views and opinions expressed in this article are those of the authors and do not necessarily reflect the official policy or position of DailyO.in or the India Today Group. The writers are solely responsible for any claims arising out of the contents of this article.