Accidents during firing of guns have been a part and parcel of a gunner’s life since time immemorial.

Last week there was an accident during the firing of the 155mm Gun K-9 Thunder in South Korea in which two of their soldiers were killed. This was reported in The Korea Herald on August 21. As per the report, it appears to be an ammunition-related accident, which is under investigation.

Some doubts have been raised in sections of our media over the reliability of the gun since private sector defence major Larsen & Toubro and South Korean firm Hanwha Techwin on April 21 have signed a $720-million contract for executing the artillery gun programme for the Indian Army.

For the uninitiated, it is a genuine doubt. In the same vein, various facets of this issue need to be understood in its correct perspective so that doubts are laid to rest and the correct future course of action is adopted.

Accidents during firing of guns have been a part and parcel of a gunner’s life since time immemorial. I started my career as a gunner firing the 25-Pounder Gun of World War 2 vintage, and finished it by firing the Brahmos Missile system.

In the four intervening decades, I have fired every gun/rocket system in the artillery. I have lost count as to how many rounds I have fired, where I have fired from, and the conditions of firing. I am yet to see a gun/rocket system which has not met with an accident or serious malfunction. Such is the nature of artillery. A gun system is so complex that an accident can happen for many unpredictable reasons. So, let us first understand how accidents happen.

It can take place due to three basic issues. Faults in the ammunition, defects in the gun and human error. A long-term analysis will always indicate that in 80 per cent of the cases, the root cause is defective ammunition. 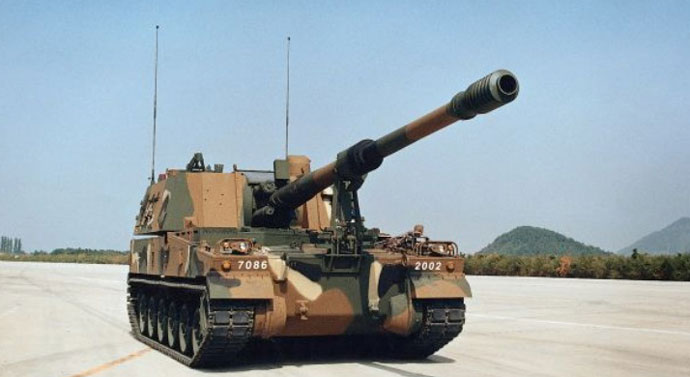 As far as ammunition is concerned, it could be due to a faulty fuze, faulty shell or propellant both from design and manufacturing points of view. The fault could also relate to over-aged ammunition, due to improper storage or ammunition going unstable due to deterioration. There are safeguards against all this to detect if the ammunition is faulty to some extent.

However, certain things are beyond this. One has to accept that.

As far as the gun is concerned, accidents could occur due to poor design or metallurgy. However, all gun systems are designed with a high margin of safety. Poor gun design being the cause of an accident is generally caught in the initial stages of design and development, and eradicated. It is another thing if a fault has crept into the production process un-noticed or the process is of poor quality.

The other factor is that if the guns are not maintained regularly and literally kept well-oiled, accidents will happen. As modern guns are complex, the requirement of maintenance has also gone up. As guns age, they will be prone to accidents unless they are very well maintained and kitted with spares. Hence, the availability of high quality spares through its life-cycle comes up.

Also, units with lax maintenance schedules – both of gun and ammunition - have met with accidents. They need to be tightened up.

The third factor is human error. A poorly handled gun will always end up with an accident. Poor ammunition storage will lead to accidents. Not following correct drills and procedures will invite trouble. This can be only offset by good training.

Training has to be constant - day in and day out - individual skill training and collective detachment/unit training. A unit with good ethos, drills and procedures and with good traditions will rarely have accidents.

“Fundamental double checks”, which is the hallmark of gunners when carried out, will reap results - in what I call – a well taped up unit.

So, the sum of all doubts is that when a gun-related accident takes place, many things and anything can go wrong. So, how do we handle it?

When an accident of this nature takes place, the first step is of course evacuation of casualties and damage control. That would have and should take place. The next is to put the investigation process into action. What does it involve? It invariably involves a quick reaction team from the manufacturer, designer, quality assurance agency and user to go into the prima facie details of the case.

Simultaneously, a detailed investigation which is forensic in nature commences. Also, the batch lot of the ammunition which is involved in the firing is segregated pending investigation. Firing is temporarily put on hold, to recommence after preliminary investigation. That gun will be put under a thorough scrutiny. Other guns are not withdrawn from firing unless it is beyond doubt that it is a design related fault of severe magnitude.

So, how does one read into the South Korean accident. From the report by The Korea Herald, it appears to be an ammunition (propellant) related fault. The South Koreans seem to have taken standard precautions when such a ghastly accident takes place. They are carrying out due investigations as per their procedure.

We need to wait and watch. At this stage, I would like to digress and express my deepest condolences to those gunners killed in the accident. My thoughts are with the families and dependents of those brave gunners.

It went through all trials without a problem and met all our laid down parameters in Indian operational conditions. It is only after a trial by fire (literally) that we have gone in for the K-9 Vajra (Indian name) gun and drawn up an elaborate contract with the L&T. I am sure that the contract has adequate clauses for design and latent defects which might come up later. They can be attended to.

The L&T is an Indian multinational which is not going to vanish. It is a responsible entity. Also, this gun has been modified to suit our conditions and to fire our ammunition. The gun we have contracted for has an elaborate fire control system, a new auto loader system for Indian ammunition, an AC system and a fire suppression system.  In essence, this gun is quite different from the one being used by South Koreans.

So, to jump to conclusions or raise a red flag over any issue pertaining to this acquisition based on a Korean system of indeterminate vintage and maintenance, also without full facts, at this stage is premature. Not only that, we should not have self-doubts about our own systems and procedures.

Let me put forth another case. We are developing the 155mm 45-calibre Dhanush gun system based on the Bofors design. After user trials, six guns have been undergoing user exploitation in high altitude and deserts. During the user trials and exploitation in operational conditions, some of the guns have met with accidents. Luckily no one has been killed, but all the accidents have been serious. I am not talking of defects. Does it mean that we abandon the programme or we go into the issues and fix them? Obviously, the latter.

I have major issues with the way the programme is being handled - Chinese parts, poor quality, lack of special design and production audit and production in inadequate quantity. But at no stage can we think of putting a full stop or a comma on the process. That is retrograde. That gun is of solid fundamental design and we should support its introduction into service in as fault-free a manner as feasible.

After nearly three decades of going in circles and up blind alleys, the Indian artillery is on the verge of a modernisation take-off. A triad of 155mm guns are entering service – the 155mm Ultra-Light Howitzer, the 155mm K-9 Thunder and the 155mm Dhanush.  A family of rockets is also in the pipeline with the normal and extended range Pinaka and Brahmos systems.

Our adversaries are fully aware of it. It will be a major deterrent in our armoury. It will confer upon the nation, a lethal artillery which will be the mainstay of our defence capabilities.

Significantly, all these weapons have a "Made in India" component in varying shades. We cannot derail the whole programme by heeding to red herrings. Too much is at stake.

At the same time, can we ignore this input? No. Not at all. It is an input which we need to factor in. My recommendation to the Army and L&T would be to seek details of this accident and the previous ones which The Korea Herald has mentioned about.

These details would be available with the Korean partners of L&T and the Korean Army. We also need to task our defence attache in Turkey to get details of any such incidents in Turkey. K-9 Thunder is in service with the Turkish Army also since long. After getting details, we can analyse them and think of course corrections, if required.

In a nutshell, Indian must think and act wise.

Also read: It's such a shame fake Chinese parts were used in India-made Dhanush guns

Post your comment
#Army, #India, #South Korea, #K-9 howitzer mishap
The views and opinions expressed in this article are those of the authors and do not necessarily reflect the official policy or position of DailyO.in or the India Today Group. The writers are solely responsible for any claims arising out of the contents of this article.