Kahaani 2 lays bare the story of our sexual abuse

Every sequence in the film reminded me of the scars I grew up with.

While there have been mixed reactions to Sujoy Ghosh’s Kahaani 2, the film managed to strike a chord with many like me, who saw their story being told through the film. Kahaani 2 brilliantly touches upon the subject of child sexual abuse in the most nuanced manner. Ghosh managed to deliver a message to his audience with intricately curated characters living in small town and experiencing what has been the story of most of us.

The film took me back in time and left me feeling as vulnerable, scared and emotionally bruised as the protagonists in film feel. When I was four, I often visited my uncle and his family who lived in Guwahati. My uncle worked with the central government and had a few men assisting him with his chores.

One of them, I vividly remember, was a lean, fair-skinned man in his mid-40s. He had a thin moustache and a friendly aura. He was like a maternal uncle to us. He seemed like a trusted aide of my uncle's and was often given responsible tasks like the bank work, bringing the kids home from school and taking care of us. 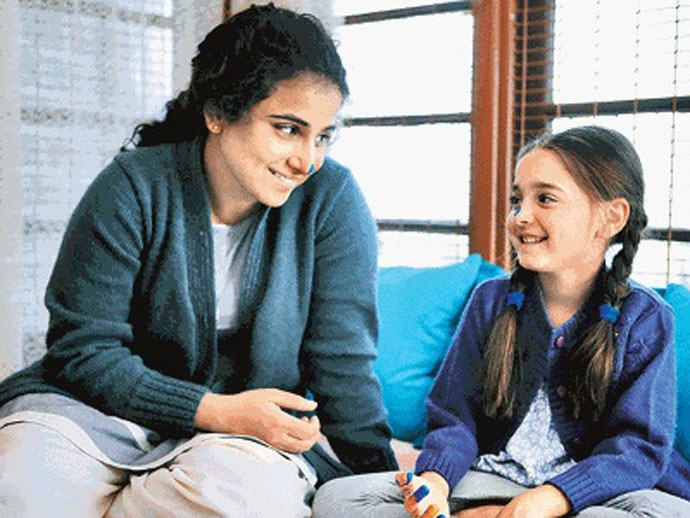 I remember that day, when I was alone with him in a garden. He was wearing a half-sleeve grey sweater over his white, full-sleeve shirt. I don’t remember what we talked about, but I do recollect that his stories were always interesting. Perhaps, he was telling me a story. After some time, he extended his arms towards me. I readily walked toward him, innocently assuming he wanted to carry me back home.

At four, few would carry me in their arms. It was a good opportunity to experience the special ride again. No sooner than he picked me up, I felt his finger pierce through my vagina. I shrieked in pain and insisted that he put me down.

Perhaps, he merely wanted to experience the beastly pleasure of causing that kind of a pain to a four-year-old. He put me down. All I remember now is that I wanted to forget that episode like it was a nightmare. At that delicate age, I could not fathom what had happened in those 10 minutes.

All I could feel was a surge of inexplicable filth filling my belly — all I wanted to do was throw up to feel better. Alas! That never happened. Over the next few years, I preferred to remain quiet about it and experience the pain come and go, leaving me emotionally crippled. I feared going anywhere without my mother and didn’t know how to justify the fear to my family, who continued to encourage me to be a "brave girl".

Before I could even overcome the pain, I was sexually abused again. This time on a train. I must have been 11 then. My body was then slowly maturing as a teenager. Needless to say, my boobs had grown and always felt sore.

I was sleeping in the side berth, while my parents were fast asleep in the nearby berths. All I remember from the journey is, that night, a man came and sat next to me and discreetly pressed my boobs. The pain was such that I cannot forget it even to this day. I was scared. This time, I was very scared. I kept my eyes shut. I never saw who the man was.

The next morning, I looked at every man in the compartment with suspicion. I didn’t even speak to my paternal uncle who was travelling with us. I avoided eye contact with everyone. This time, I felt ashamed of having gone through what I went through. I felt dirtier and utterly in tatters emotionally. After these two episodes, I became so cynical about all men around me that I became extra careful and maintained a safe distance from men. Consequentially, I never faced sexual abuse again. But the two episodes were as good as scars that are not likely to get healed anytime in life.

The only difference is that today, I have stopped blaming myself for those experiences. I have an informed perspective on sexual abuse — so much so that I know how to educate my daughter to differentiate between a good and a bad touch, besides encouraging her to open up to me, should she ever feel someone in the family, neighbourhood or school is making her uncomfortable physically.

Kahaani 2 is my story told to the world. It lends a voice to innumerable young girls who go through what I went through as a child. At the same time, it sends alarm bells ringing for those who never consider a family member a threat to their children.

It is a powerful portrayal of the emotional journey of a young girl who faces sexual abuse at the hands of her own family members and grows up to become a sexually diffident young woman. The film lays bare her scars with sensitivity and care. It compels one to believe that the subject could not have been dealt with better than this. Not for a moment did I feel out of sync or uncomfortable with the facts planted in the plot. Every sentiment expressed in the film resonated well with me.

Sexual abuse is a very serious issue and stitching a script around this metaphor wouldn’t have been easy for Sujoy Ghosh. After all, one runs the risk of not being able to convince the audience of the bond the protagonists share in the film based on a common, shared experience. Instead, the filmmaker delivered an excellent take on child sexual abuse through simple characters that instantly connect with the audience.

Kahaani 2 turned out to be an honest attempt to discuss the trauma a young victim of sexual abuse goes through. It is as a brilliant piece of cinema with a powerful social message. Every sequence in the film reminded me of the scars I grew up with. Every scene spoke volumes about the vulnerability I experienced every time I met a stranger or a man within the family. I recognised the fear the protagonists are seen living with.

I am sure there are many, especially women, who experienced a familiar chill in their spine as they watched the film. According to data compiled by the National Crime Records Bureau (NCRB) for 2015, over 10 per cent girls were raped/molested by their family member or relatives. I am certain that a huge number of such cases across all strata of the society mostly remain unreported.

In fact, the report highlights that 35.78 per cent girls face sexual abuse at the hands of their neighbours. While we always ensure that our daughters are protected from such abuse, we forget that the perpetrators are present amid us. Kahaani 2 managed to reinforce this fact most convincingly.If you haven't yet watched the movie, I would strongly recommend you to.

Also read: Ten ways to spot you’re watching a film based in Bengal (inspired by Kahaani 2)

Post your comment
#Child sexual abuse, #Women, #Kahaani 2
The views and opinions expressed in this article are those of the authors and do not necessarily reflect the official policy or position of DailyO.in or the India Today Group. The writers are solely responsible for any claims arising out of the contents of this article.

The writer is a PR professional and a former journalist.