Because of their aukaat: Why the BJP will not take Kailash Vijayvargiya and his son Akash to task

Avedan, nivedan, fir de dana dan: At a time when Prime Minister Narendra Modi is espousing 'Sabka Saath, Sabka Vikas' and 'Sabka Vishwas', lower-rung leaders of the party have already thought up an action plan for that — urge, request and then, beat up black and blue.

It’s not sure whether the party has accepted this line, but surely some dynasts have.

And what’s your credentials — aukaat — to even ask?

They are equals on this road to utter ignominy and shame. And the fact that no BJP leader has yet strongly condemned the son’s hooliganism, followed by the father’s apparently nonchalant attitude, topped with biting counter-attacks on media persons, reveals that they are not your so-called 'delinquents'.

They are accepted. As they are.

MLA Akash Vijayvargiya beat up civic officers in Indore while they were on an eviction drive. And he has a list of justifications too:

A) He is the MLA, but he was not informed. He only wanted to be informed;

B) The civic body is working in collusion with the Congress;

C) There was no woman police along with the civic officers;

And he found the perfect solution to address all these issue — beating up the civic officers on duty with a bat. 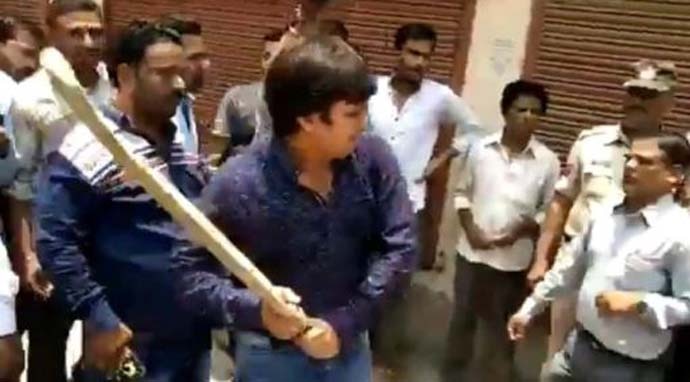 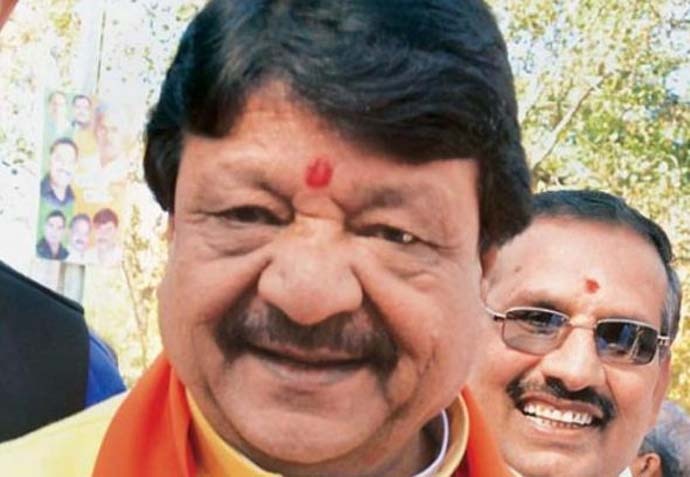 All in a family: Son who beats up civic officers and a father who reminds people of their aukaat. (Photo: Twitter)

That his father Kailash Vijayvargiya will repudiate these allegations against his son didn’t come as hugely surprising because he has a history of such defiant talk.

But that he would charge the reporters questioning his son’s conduct by counter-querying their 'aukaat' is a new form of muscle-flexing, freshly launched by the Vijayvargiya family.

'I don’t know what happened'. 'Who are you to ask this question?' 'Are you the judge?' 'Will you evaluate the actions of an MLA?' 'Why don’t you ask these questions to the person who did this?' — These were some examples of how Kailash Vijayvargiya fielded questions from the media.

Akash has been booked.

But the party will not take any action against his father.

After all, he is one of the brains behind BJP's Bengal gains. The party is not in a mood to topple the applecart ahead of 2021.

Even if the fruit may rot.